Cracks on road could get worse if rains continue, says Perak MB 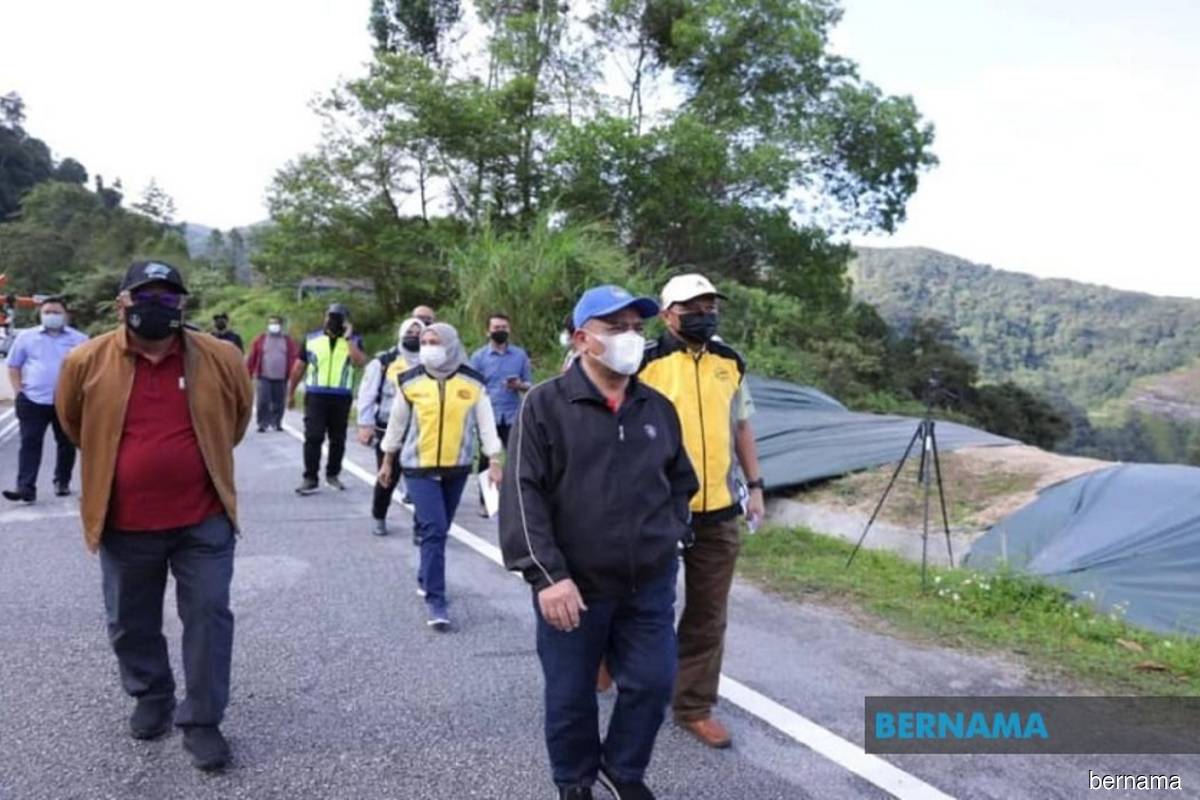 He said the initial investigation at the site found that there were about 30-metre long cracks on the road.

"It was likely due to continuous rain which caused the soil structure to become weak and unstable, thus leading to hillslope collapse.

"The Kinta Public Works Department (JKR) received a report on the incident at about 5.20pm yesterday and took immediate action together with the concessionaire to prepare a traffic management plan at the location," he told reporters when met at the scene today.

He said the federal road was totally closed to traffic.

"Motorists can use the Federal Route 59 Jalan Tapah-Cameron Highlands as an alternative route,” he said.

Meanwhile, Perak JKR director Zulkipli Nasri said the temporary route at the scene would only be opened to light vehicles after further investigations were completed.

He said the government had allocated RM130 million to realign a 600-metre route at the location which was planned to be implemented in December.

The repair work on the route, which is still in the design stage, is expected to be completed in Dec 2024, he added.