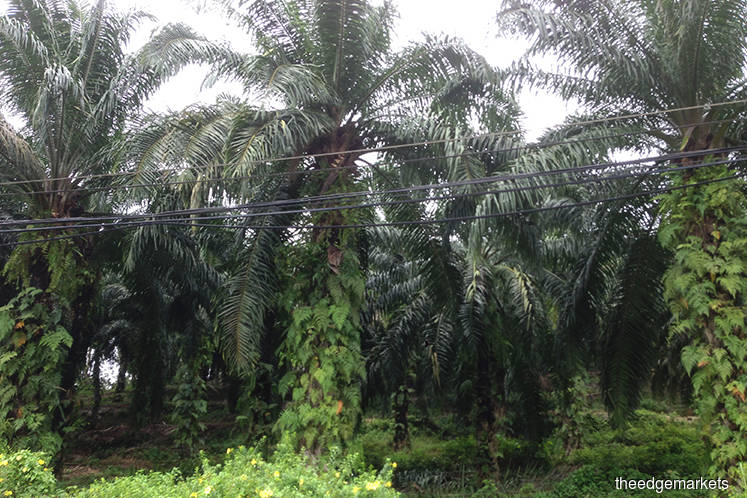 Plantation sector
Upgrade to neutral: There are increasing signs pointing towards the possibility of crude palm oil (CPO) demand growth outpacing supply growth such as: i) the impact of dry weather on Indonesia and Malaysia’s CPO production in 2020; ii) an expected implementation of biodiesel mandates in Indonesia (B30) and Malaysia (B20/10 for the transport/industrial sector) representing an additional 3.6 million tonnes of CPO consumption in total; and iii) a stronger-than-expected demand from China due to the African swine fever outbreak. Alongside the recovery in CPO prices, we are upgrading the plantation sector from “underweight” to “neutral” with a higher calendar year 2019 to 2020 (CY19-CY20) CPO price target of RM2,100 per tonne to RM2,400 per tonne.

According to the World Meteorological Organization, sea surface temperatures (SSTs) in the tropical Pacific Ocean were at weak El Niño levels (0.5°C-0.9°C above the average SST) from April to June 2019. Similarly, Malaysia and Indonesia experienced dry weather in June which continued into early October, with more severe conditions for the latter. As such, we foresee a lagged impact (typically six to 12 months later) on CPO production. Additionally, the Malaysian Palm Oil Board (MPOB) recently revised its 2019 CPO production lower to 20 million tonnes (from 20.3 million tonnes), now implying only a 2.5% year-on-year (y-o-y) growth (from 4.1% y-o-y growth). This, alongside a lower application of fertiliser and slowdown in new plantings to manage costs during the depressed CPO price environment from 2018 to mid-2019 should result in a slowdown in global CPO production into 2020.

The expected implementation of the B30 mandate in Indonesia, and Malaysia’s targeted B20/B10 for the transport/industrial sector is estimated to increase CPO consumption by an extra 3.6 million tonnes (4.9% y-o-y from financial year 2019 estimate [FY19E] global consumption of 72.9 million tonnes) for biodiesel alone. According to Thomas Mielke at the Indonesian Palm Oil Conference 2019, CPO production is estimated at 78.2 million tonnes while consumption is forecast to reach 80 million tonnes. The strong demand for palm oil as a substitute to soybean oil in China is expected to continue as soybean crushing activities remain low. In essence, we believe demand for palm oil will remain robust and with production showing signs of slowing, it builds a case for demand growth to potentially outpace supply growth.

One of the key drivers of CPO consumption growth hinges on the successful implementation of biodiesel mandates, especially Indonesia’s B30 mandate. Despite positive interim road test results for B30 (in September 2019) in Indonesia, we understand that there are still more tests required. Malaysia has yet to begin road tests on B20. As such, the timeliness and successful implementation of the biodiesel mandates remains a risk. The current CPO-gas oil discount has narrowed to a mere US$2 (RM8.27) per tonne (versus a one-year average of US$115 per tonne), which could discourage additional discretionary biodiesel blending. Our in-house Brent crude oil forecast for CY20 of US$65 per barrel, translating into US$477 per tonne (+8% from the current US$441 per tonne), suggests that the CPO-gas oil discount should widen, providing a reprieve.

After weighing the potential positives and negatives, we believe 2020 should be a better year for planters. In anticipation of this, we upgrade our stance on the sector from “underweight” to “neutral”, with three “outperform” calls, nine “market perform” calls and only one “underperform” call. — Kenanga Research, Nov 8