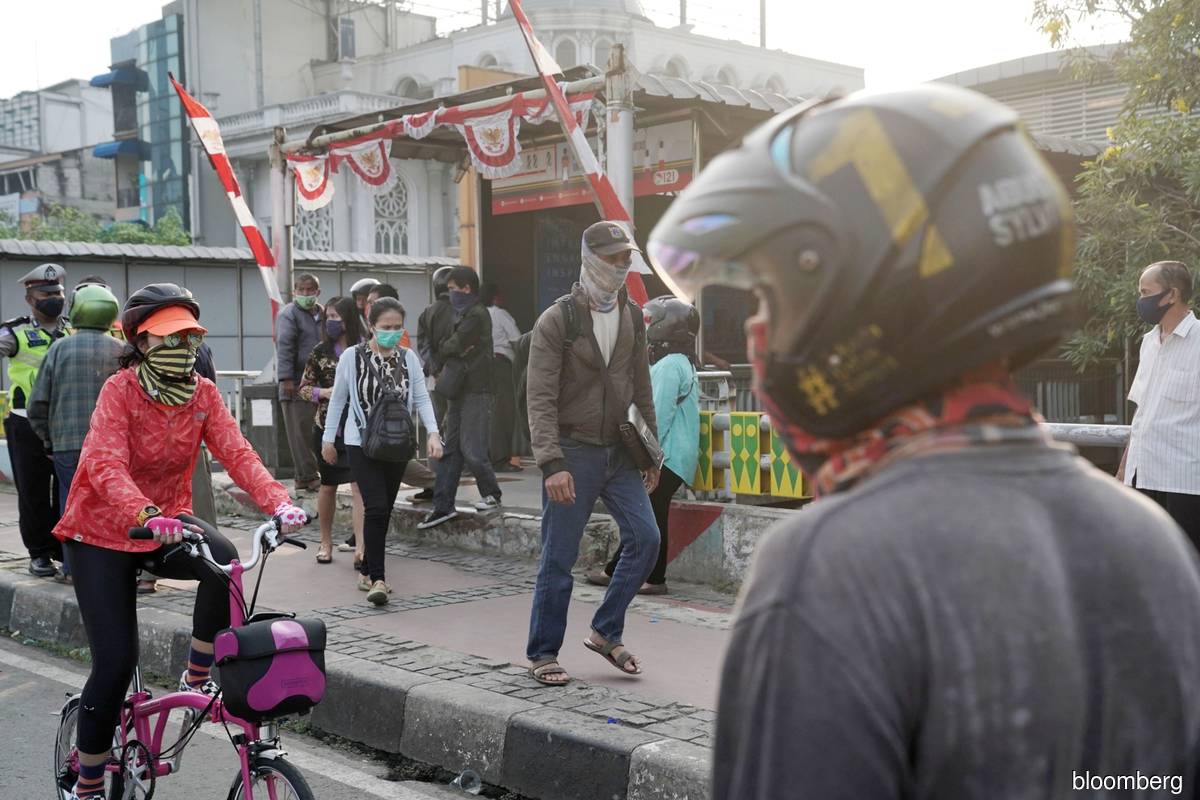 (Nov 27): Indonesia seeks to counter the pandemic with vaccines. Now, as the coronavirus spreads across its vast archipelago, pressure is building to get them to 270 million people living on 17,000 islands.

The government has orders with at least four vaccine suppliers, including Sinovac Biotech Ltd. and AstraZeneca Plc, whose shots are in late-stage trials. That access ranks Indonesia second in Asia after China and on par with Japan and India for securing much-anticipated immunizations, according to data compiled by Bloomberg.

Few countries are relying more fervently on Covid-19 vaccines to blunt the pandemic than Indonesia. The world’s fourth most populous nation has avoided strict lockdown measures in favor of physical-distancing guidelines that vary from province to province -- a situation reminiscent of the U.S., which is suffering the worst coronavirus crisis.

With new cases topping 30,000 a week, Indonesia faces an urgent logistical challenge to ensure that vaccines -- once licensed and available for widespread use -- are distributed across a country spanning more than 3,000 miles in sufficient quantity for two doses per person administered a month apart.

A record increase in Covid-19 cases and fatalities is underlining the urgency to have the vaccine ready for distribution. There were 5,828 new infections in the past 24 hours through midday Friday and 169 deaths, both figures are the highest since the outbreak began.

“The government’s effort in trying to secure a vaccine is good, but the biggest challenge will be for Indonesia to get 400 million-plus shots into people in the shortest time possible to achieve a sufficient level of immunity in the population,” said Ngurah Mahardika, a virologist and professor of veterinary medicine at Udayana University in Bali.

Indonesia is capable of delivering vaccines to remote areas, but the scale and speed of the proposed pandemic immunization campaign “has never been attempted before,” he said in an interview.

AstraZeneca has been contracted to supply 100 million doses, with half due by the end of the year. The Indonesian government has also agreed to buy doses from Novavax Inc., while developing its own vaccine called Merah Putih, after the nation’s red-and-white flag, which is set to undergo pre-clinical testing in animals in December.

The government aims to provide free vaccination for as many as 120 million Indonesians at a cost equivalent to 0.5% to 1% of gross domestic product through 2022, Finance Minister Sri Mulyani Indrawati said last month. Those unwilling to line up for a free shot at one of about 10,000 government-run clinics can pay for the inoculation privately.

A survey in September found that about 65% of the 115,000 respondents were willing to be inoculated against the virus, while just 8% would refuse and the rest were hesitant. However, only one-third of those who said they want to get the shots would be inclined to shoulder the cost, while the rest weren’t as willing.

President Joko Widodo had been counting on starting next month as part of an effort to help pull Southeast Asia’s largest economy out of its first recession in more than two decades. Jokowi, as he’s commonly known, said that the regulatory approval process might push deployment back to January.

Penny Lukito, the Food and Drug Monitoring Agency’s chairwoman, indicated that Jokowi’s time frame was too ambitious, telling reporters that approval may come in mid January at the earliest.

It’s starting to be too late for Indonesians growing weary of guidance aimed at stemming the coronavirus’s spread. Officials donated face masks to thousands of people at a high-profile wedding in Jakarta this month after attendees of the indoor event failed to wear them. Jokowi chastised his ministers and called on them to uphold physical-distancing measures.

“This country has no credible road map to fight a pandemic,” said Pandu Riono, an epidemiologist at the University of Indonesia. “The government simply refused to tackle this crisis based on data and scientific evidence.”

Infrastructure is also a barrier.

Modeling by West Java, one of Indonesia’s most developed provinces, found insufficient capacity to deploy pandemic vaccines through its state-run polyclinics known as Puskesmas, and that it may take as long as 18 months to immunize every Indonesian using only that network.

Challenges may be greater in places like Central Sulawesi, whose islands -- located 1,900 kilometers (1,200 miles) from Jakarta -- were declared a Covid-19 hotspot after cases jumped about 74% in one day. There is no airport and the only delivery route is via a seven-hour ferry ride.

Local officials contacted by Bloomberg declined say how they will administer vaccines to the islands or if they have coordinated a distribution plan with the central government.