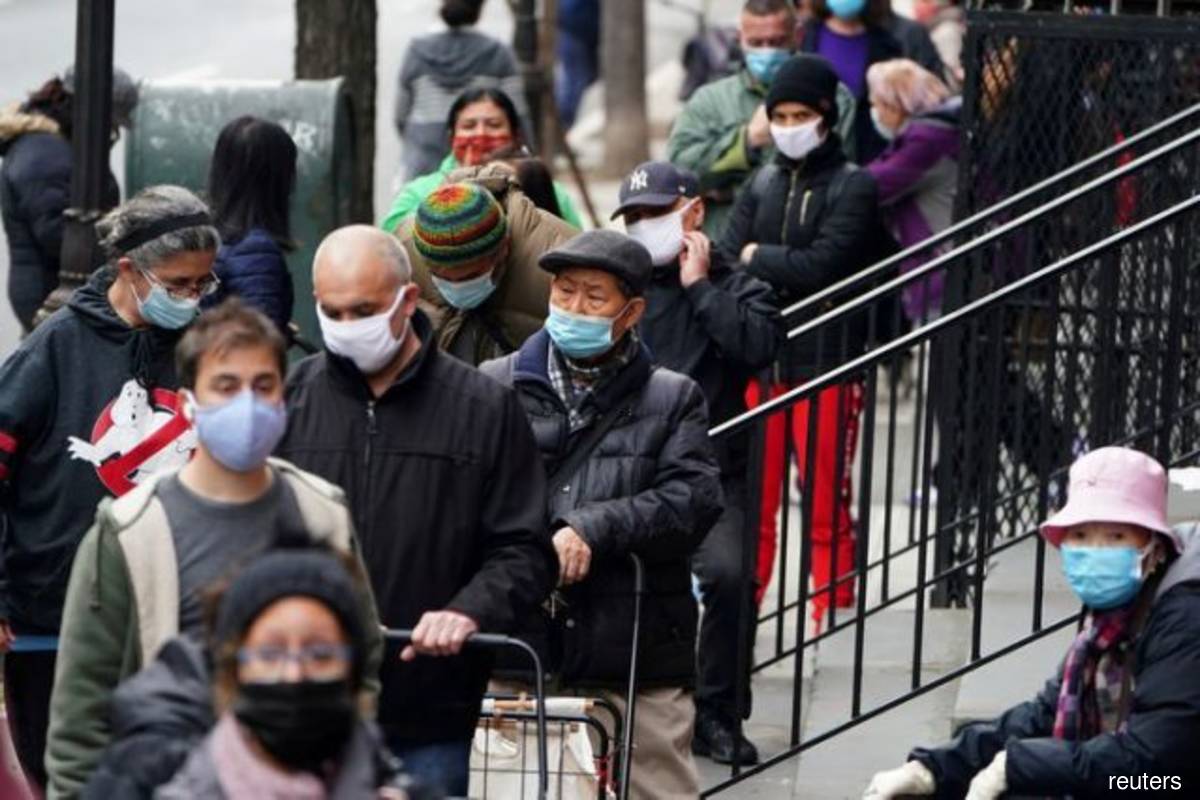 The larger-than-expected increase in weekly unemployment claims reported by the Labor Department on Thursday was seen by some economists as driven by the recent renewal of supplemental jobless benefits, but nonetheless raised the risk of further job losses in January, after nonfarm payrolls slumped in December for the first time in eight months.

A stalling labour market recovery could put pressure on the incoming Biden administration for a bigger relief package. Joe Biden will take over from President Donald Trump next Wednesday. He is expected to propose stimulus of as much as US$2 trillion on Thursday. The government approved nearly US$900 billion in additional relief at the end of December.

"The economy clearly needs additional support from Washington because right now rising jobless claims tells us the labour market recovery has stalled and the direction is full-tilt down," said Chris Rupkey, chief economist at MUFG in New York.

Initial claims for state unemployment benefits increased 181,000 to a seasonally adjusted 965,000 for the week ended Jan 9, the highest since late August. Economists polled by Reuters had forecast 795,000 applications in the latest week.

Unadjusted claims shot up 231,335 to 1.151 million last week. Economists prefer the unadjusted number because of earlier difficulties adjusting the claims data for seasonal fluctuations due to the economic shock caused by the pandemic. Including a government-funded program for the self-employed, gig workers and others who do not qualify for the regular state unemployment programs 1.4 million people filed claims last week.

US stocks opened higher as investors awaited details of Biden's rescue plan. The dollar rose against a basket of currencies. US Treasury prices were lower.

The surge in claims last week also likely reflected reapplications for benefits, following the government's renewal of a US$300 unemployment supplement until March 14, as part of the latest stimulus package. Government-funded programs for the self-employed, gig workers and others who do not qualify for the state unemployment programs, as well as those who have exhausted their benefits were also extended.

"Not all individuals eligible for unemployment assistance actually claim benefits, and the supplementary payments add an incentive to file for benefits," said Nancy Vanden Houten, lead US economist at Oxford Economics in New York.

Authorities in many states have banned indoor dining to slow the spread of the coronavirus. The economy shed jobs in December for the first time in eight months.

The Federal Reserve's Beige Book report of anecdotal information on business activity collected from contacts nationwide in early January showed on Wednesday that "contacts in the leisure and hospitality sectors reported renewed employment cuts due to stricter containment measures."

The central bank also noted that the resurgence in the coronavirus was causing staff shortages in the manufacturing, construction and transportations sectors. The virus has infected more than 22.5 million people in the United States and killed over 376,188, the most of any country.

Though jobless claims have dropped from a record 6.867 million in March, they remain above their 665,000 peak during the 2007-09 Great Recession. Economists say it could take several years for the labour market to recover from the pandemic.

The claims report showed the number of people receiving benefits after an initial week of aid increased 199,000 to 5.271 million during the week ending Jan. 2. At least 18.4 million were on unemployment benefits on all programs in late December.

Labor market stress could curb inflation, amid signs of rising price pressures. In a separate report on Thursday, the Labor Department said import prices jumped 0.9% in December after rising 0.2% in November. Import prices were boosted by higher prices for energy products and recent dollar weakness.

Economists had forecast import prices, which exclude tariffs, accelerating 0.7% in December. In the 12 months through December, import prices slipped 0.3% after dropping 1.0% in November.