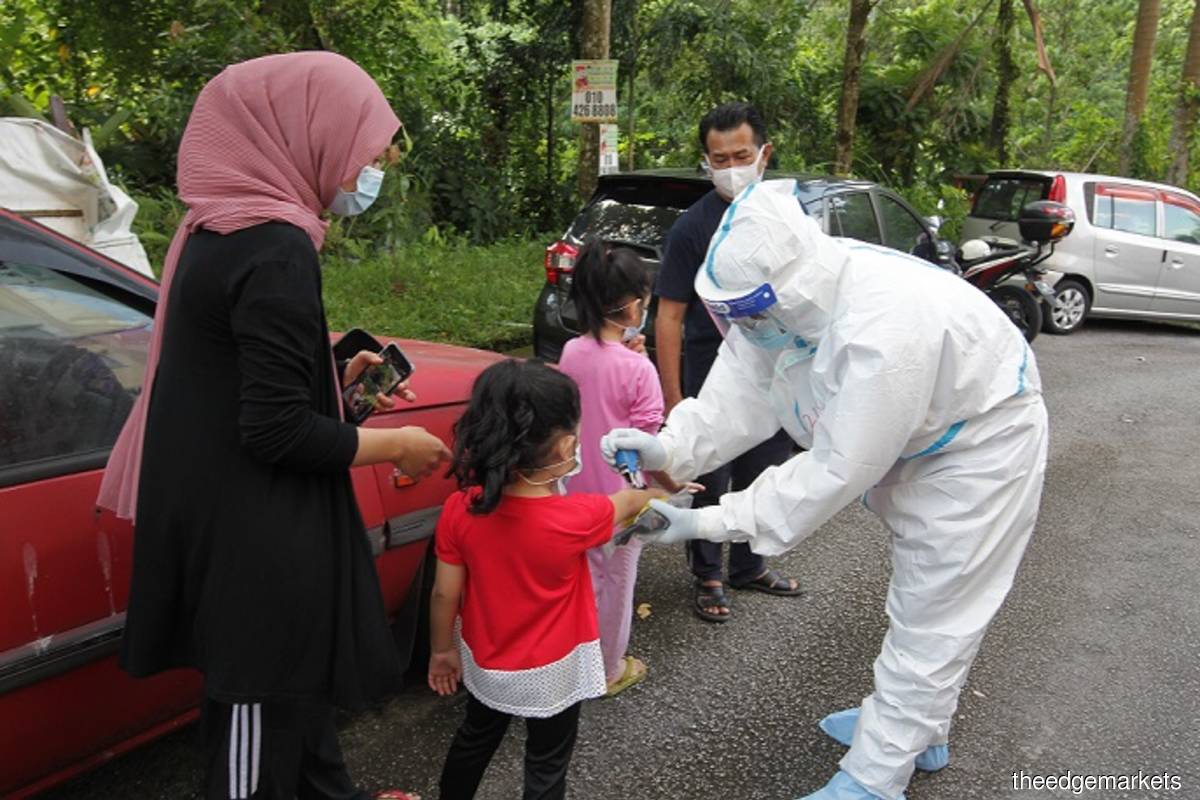 Over half of new 1,472 Covid-19 cases from Top Glove-linked Teratai cluster, with three more deaths KUALA LUMPUR (Dec 1): Malaysia reported 1,472 new Covid-19 cases in the past 24 hours, as a spike in the Teratai cluster in Selangor contributed more than half of the new additions. This pushed the country's cumulative confirmed infections to 67,169 cases.

It also recorded three more deaths, all in Sabah, which raised the nationwide death toll from the coronavirus to 363.

Selangor, according to Health director-general Tan Sri Dr Noor Hisham Abdullah, contributed 891 or 60.5% of the new infections. Of that, 778 came from the Teratai cluster that originated from Top Glove Corp Bhd's workers dormitories in Meru, Klang. This means the Teratai additions made up over half or 52.9% of the overall new cases.

Meanwhile, 1,552 more patients have recovered from the illness today, which are higher than the new infections reported. This further trimmed the tally of actives — those who carry high transmission risks — to 10,495, marking the third straight day of decline, while total recoveries now stand at 56,311 or 83.8% of overall infections.

Dr Noor Hisham said the high number of cases reported of late was due to the ministry’s efforts in screening close contacts of Covid-19 patients, and active case detection. "Most of the cases in the country came from the construction sites and factories,” he said. Five out of the new daily cases today were imported infections, he added, with one each from India, Egypt, the US, Saudi Arabia and Russia.

Meanwhile, the ministry has identified two new infection clusters today, both in Sabah, with a total of 58 infections between them.

It also declared the ending of three other clusters — namely the Highway and Inai clusters in Sabah, and the Jalan Meru cluster that spanned Selangor, Johor, Kelantan, Kuala Lumpur and Putrajaya — with no new infections found in the last 28 days.

So far, the ministry has identified 364 infection clusters, of which 184 have now ended.