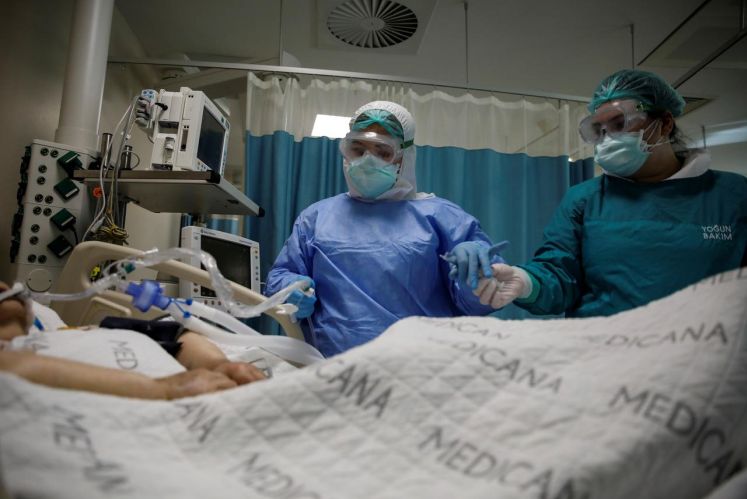 The country reported a double-digit number of new infections again after five straight days  of single-digit daily cases since July 5.

This brings the number of cumulative cases to 8,696.

“Four [imported] cases were detected among those who returned from Indonesia, one from the UK, one from Pakistan, one from India, and one from Russia. “As for the five locally transmitted cases, three involved Malaysians where two cases detected in Sarawak were among Severe Acute Respiratory Infection (SARI) patients who were admitted to the Sarawak General Hospital."

One case was detected in Kuala Lumpur through a pre-work COVID-19 test, he said in his media briefing today.

Local transmissions involved two non-citizens in Kuala Lumpur through a screening at the Bukit Jalil Immigration Depot Centre. Both foreign nationals were tested for the virus again before they were sent back to their respective countries.

He said another 12 patients have been discharged, which means 8,511 patients or 97.9% have recovered from COVID-19 in Malaysia so far.

There are now only 64 active cases left being treated at health facilities nationwide.

At present, Noor Hisham said that two COVID-19 patients are being treated in intensive care units (ICU), with both of them requiring ventilator support.

No new deaths were announced, which means the death toll remains at 121 cases, translating into 1.39% of overall cases.

Meanwhile, Noor Hisham said the quarantine and treatment centre for low-risk COVID-19 cases at MAEPS, Serdang will be closed on July 15, after the last patient there was discharged today.

Noor Hisham said the last patient was asymptomatic, and was sent to the centre for 14 days of surveillance.

There were 1,362 COVID-19 patients who were admitted to the centre, of whom 86% were non-citizens while 14% were Malaysians.