Covid-19: Compulsory for factory workers in Selangor EMCO areas to be tested twice a week — MITI 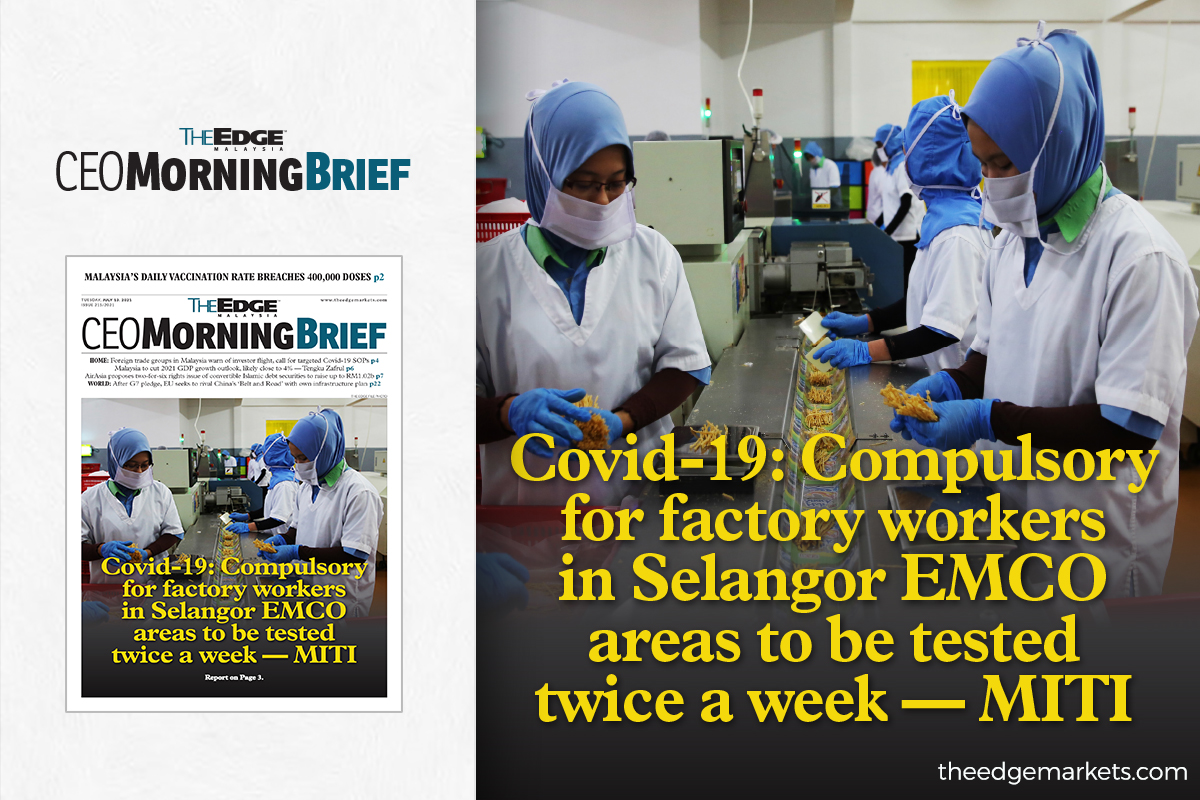 KUALA LUMPUR (July 12): The Ministry of International Trade and Industry (MITI) has made it compulsory for workers employed by manufacturers within Selangor enclaves placed under the Enhanced Movement Control Order (EMCO) to be tested twice a week using the Antigen Rapid Test Kit (RTK-Ag) to determine early if workers have contracted the severe acute respiratory syndrome coronavirus 2 (SARS-CoV-2), which causes the Covid-19 pandemic.

In a Facebook post today, Senior Minister and Minister of International Trade and Industry Datuk Seri Mohamed Azmin Ali said MITI's directive, which has been effective since Wednesday (July 7), aims to impose stricter operating criteria for factories within Selangor EMCO enclaves to curb the spread of the pandemic.

"The move is deemed (to be) able to identify Covid-19 infections earlier besides to ensure that only workers who have been confirmed to have tested negative (for SARS-CoV-2) are allowed to be present at the workplace.

"Employers need to cooperate and be responsible for the entire (Covid-19) screening cost," Mohamed Azmin said.

He urged employers "not to take advantage of the chances" given by MITI with regard to standard operating procedures (SOPs) implemented by the government to curb the spread of the Covid-19 pandemic at workplaces.

Mohamed Azmin claimed that it is regrettable that many employers have not abided by the SOPs and that many have taken the matter lightly.

He said strict SOPs need to be implemented in tandem with "practical measures" to curb the spread of Covid-19 especially at workplaces.

On July 1, 2021, it was reported that the EMCO would be imposed on 34 mukims or enclaves in Selangor besides 14 localities in Kuala Lumpur from July 3 until this Friday (July 16).

Read also:
EMCO in 34 mukims in Selangor, 14 localities in KL from July 3