Covid-19 — a patient’s duty to be honest 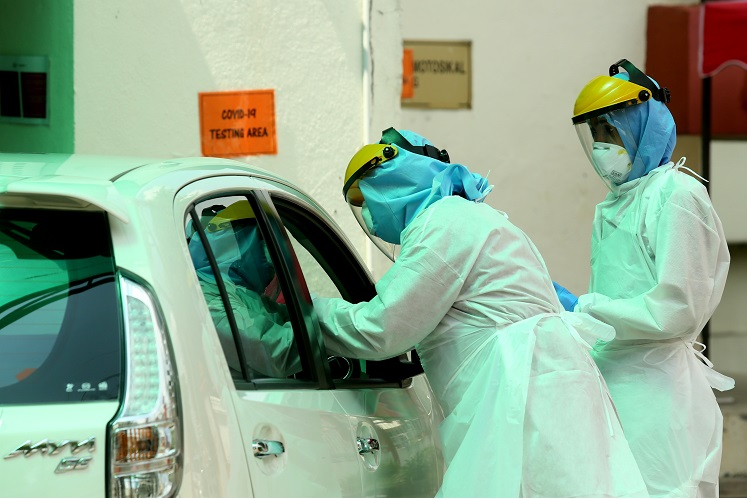 The Covid-19 outbreak is dominating every form of media reporting. Quite rightly so. The coronavirus is spreading like a bushfire in a dry landscape.

As we are overwhelmed with the amount of information coming through, one news report gave food for thought: “Singapore threatens coronavirus patients with jail, if they don’t tell officials where they have been”. As the rest of the world treats their Covid-19 patients, Singapore speaks about criminal prosecution against ill people. On the face of it, it seems unthinkable. An infected couple were charged in February this year with lying to health authorities in Singapore who were investigating whether they had passed the illness to others. If convicted, they face penalties of up to six months in jail, a maximum of S$10,000 fine, or both per charge under the nation’s Infectious Diseases Act 1976.

The legal duty of candour is commonly associated with the obligation of a medical practitioner to be open and honest with patients when something goes wrong. In countries like the UK, the legal duty was introduced through statute in 2014. Malaysia has no similar statute. The Malaysian Medical Council does, however, make the duty to be truthful and honest an ethical obligation for medical practitioners.

A medical practitioner who commits errors in the course of management of his patient must avoid concealing them from the patient or those in authority and must record such events in the patient records/notes. It is unethical for the practitioner not to be truthful and honest in such an event.

The current situation has now highlighted the alternative perspective: what if the patient has not been honest or candid?

A study in the Journal of the American Medical Association in 2018 has revealed that as many as 81.1% of all patients lie or withhold information from their healthcare providers. It is perhaps partly understandable. Human beings do not want to be judged. There may also be a lack of desire to hear about their poor choices or their true health status.

Omitting information from a healthcare professional may, however, lead to dire consequences. Without a proper and full medical history, a diagnosis may not be made or may be delayed. An omission to fully disclose relevant medical history may allow a healthcare professional, who has been sued, to claim contributory negligence, or provide a complete defence to a claim in some circumstances.

In MacKey v Greenview Hospital, Inc. 587 S.W.2d 249 (1979), it was held that the claimant was under a duty to exercise ordinary care for her own safety in giving her medical history. Mrs Clark had failed to disclose that she suffered from heart disease and that she had been taking Lasix, a medication used to treat fluid build-up due to heart failure, liver scarring or kidney disease. Trusting this information, the medical practitioners proceeded with the biopsy. During the procedure, Mrs Clark suffered cardiac arrest, which ultimately caused irreversible brain damage. The jury found in favour of the doctors and held that since the medical practitioners operated without the knowledge of her heart disease, they could not be found negligent.

Now, being untruthful when it comes to Covid-19 has even more dire consequences.

Such patients are putting not only themselves, but others, at risk. Healthcare professionals who need to go into self-isolation, or who become ill, will not be able to treat ill people. This will add strain to an existing stressful situation. We are regretfully already seeing this being reported in our country.

In Malaysia, Sections 10(1) and 12 of the Prevention and Control of Infectious Diseases Act 1988 (the Act) impose an obligation on an adult to notify the authorities and not to act in a manner likely to spread the infectious disease.l

A failure to disclose and notify could lead to a punishable offence under Section 24 of the Act. If it is a first offence, any person found guilty may be facing imprisonment for a term not exceeding two years or a fine or both.

Under the Malaysian Penal Code, Sections 269 and 270 may also be invoked for the criminal prosecution of either reckless or intentional transmission of an infectious disease that has caused grievous bodily harm to others.  In the United Kingdom, in Regina v Dica [2004] QB 1257, criminal prosecution was instigated for the transmission of HIV. The accused had failed to disclose his HIV status to two women with whom he had unprotected sexual intercourse. This had resulted in both women contracting the disease. The trial court held that the accused acted in a reckless manner and inflicted grievous bodily harm. The Court of Appeal agreed that such reckless action is punishable but ordered a retrial as the issue on whether the women consented to the risks of infection was in contention.

In addition to a potential criminal prosecution, arguably there is a common law duty of candour on the part of the infected person to fully disclose his condition.

By way of an analogy, in Her Majesty’s Advocate v Stephen Robert Kelly [2001] Scot HC 7, a judge in Scotland convicted one Stephen Kelly for “recklessly injuring” his former partner by infecting her with HIV.

The highly contagious nature of the contagion means that the possibility of a close contact getting infected is high. No third party is more in close contact than the very healthcare professionals who are trying to keep us safe.

This is not a cry to criminalise all patients. The law is however there for a reason. Whilst the outbreak has highlighted the heroism of our healthcare professionals, it has also drawn attention to some failings of humanity. Let’s all be candid. Healthcare professionals and patients alike.

Raja Eileen Soraya and Cheong Jun Kid are advocates and solicitors of the High Court of Malaya.