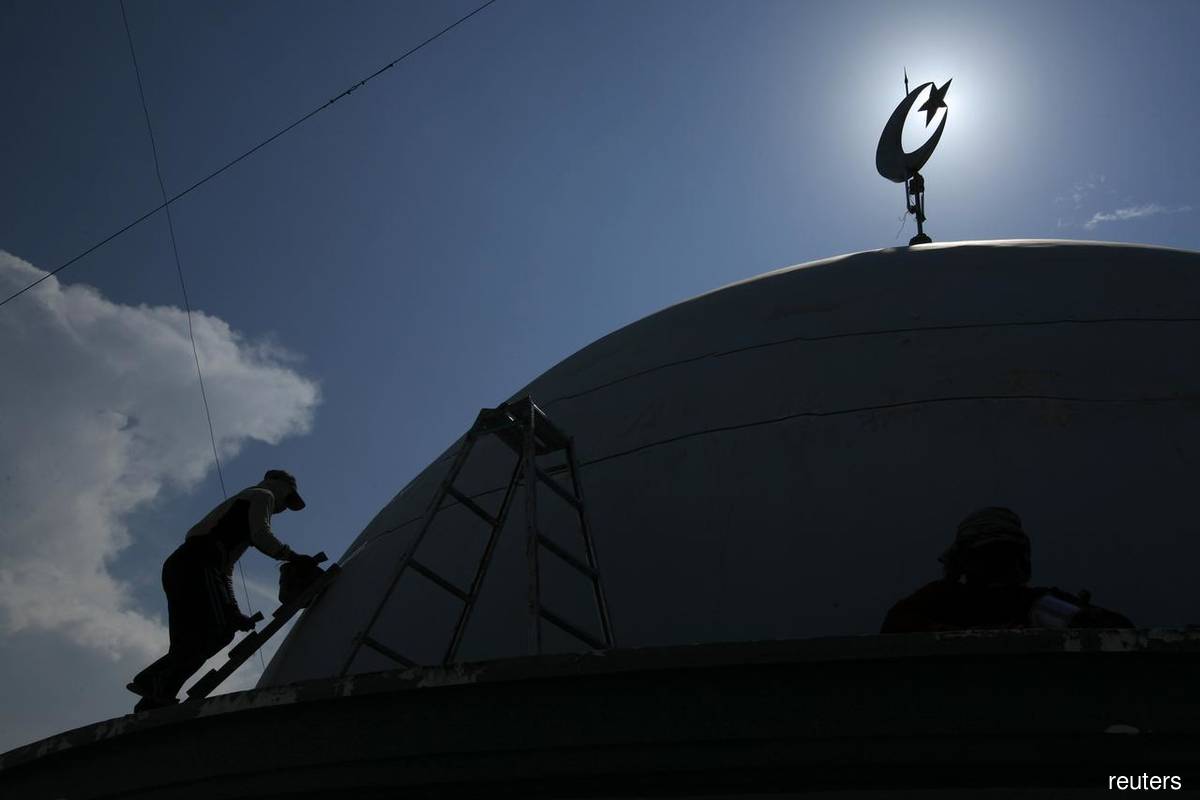 KUALA LUMPUR (May 31): In line with the implementation of the full Movement Control Order (MCO), from Tuesday (June 1) until June 14, religious authorities in several states have issued the standard operating procedures (SOPs) for congregational Friday and daily obligatory prayers at mosques and suraus.

The SOPs issued allow only a very limited number of congregants, while other religious activities are temporarily suspended.

For the Federal Territories of Kuala Lumpur, Putrajaya and Labuan, Federal Territories Islamic Religious Department (JAWI) director Datuk Mohd Ajib Ismail said that Friday and daily obligatory prayers are allowed at mosques and Friday suraus, with only 12 congregants and a gap of 1.5 metres between individuals.

“The daily obligatory prayers are allowed to be held at all surau with the number of the congregation should not exceed three people consisting of surau officials and committee members, with a gap of 1.5 metres between individuals.

Mohd Ajib said the funeral management of those who died of other illness and not Covid-19 patients are not allowed to be conducted at the mosques and suraus, except with special approval.

In PERAK, the Sultan of Perak, Sultan Nazrin Shah, has allowed congregational Friday and daily obligatory prayers to be held, with a limited number of 12 people including imams, mosque or surau officials and committee members.

Mohd Annuar, in a statement, said that the maximum number of congregants to perform funeral prayers should not exceed 12 people, including imam, and can be held either at the deceased’s home, surau or mosque, depending on the family members wishes.

In PENANG, the Penang Islamic Religious Affairs Department (JHEAIPP) allows Friday prayers and daily obligatory prayers to be held at all mosques and suraus statewide, with a congregation not exceeding 15 people.

Its director Mohd Zakuan Zakaria said that it should also take into account the physical distancing of at least one metre between each person.

“Congregants must be Malaysians or permanent residents, aged 15 to 70, and the congregation selection mechanism is also determined by the mosque or Friday surau committee members.

Mosques or surau must also provide a special section for travellers for the convenience of e-hailing employees, with the use of the space only open for one hour after the obligatory prayer time.

Meanwhile, in KEDAH, all religious programmes and knowledge gatherings as well as social and community activities are not allowed, starting tomorrow.

State Religion, Education and Human Resources Committee chairman, Datuk Najmi Ahmad, said, however, that the daily obligatory prayers in mosques and surau are allowed, with the number of congregants not exceeding 12 people, consisting of mosque or surau officials and committee members. Friday prayers can be performed by a maximum of 13 people.

In Kelantan, stringent SOPs issued by the Kelantan Islamic Religion and Malay Customs Council (MAIK), with prayers allowed at the mosques and suraus statewide, but with a congregation of only four people.

In Terengganu, state Islamic Religious and Malay Customs Council (Maidam) said that Friday prayers, funeral prayers and other religious activities in mosques and suraus in the state are not allowed during the period.

Its president Datuk Osman Muda said that Friday prayers would be replaced by Zuhur prayers, with the presence of a congregation of only 12 people, consisting of mosque officials and committee members, and similar rules apply for daily obligatory prayers.

Meanwhile, in Melaka, the state Islamic Religious Department (JAIM) allows Friday and daily obligatory prayers at mosques and suraus statewide, with a maximum of 12 congregants.

Its director, Datuk Che Sukri Che Mat, said that the maximum number of attendance for Friday prayers at the mosque was 12 people, including mosque officials and pilgrims determined by the committee.