Cover Story: Women Of The Hour 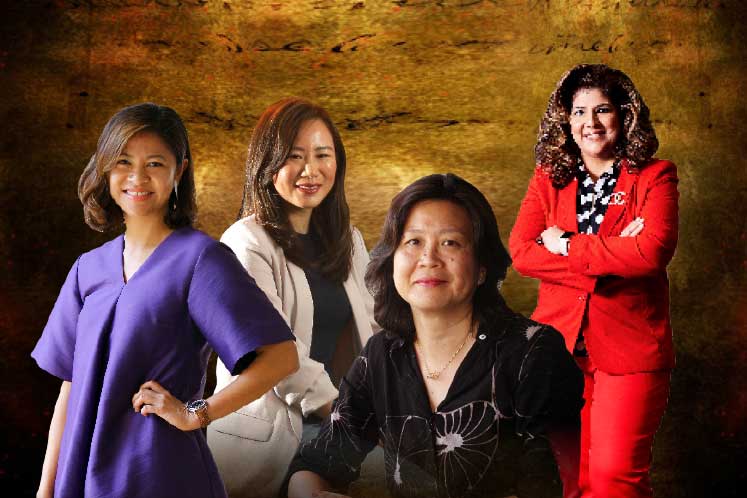 The theme of this year’s International Women’s Day celebrations revolves around gender equality and our collective capability to create a fairer and more just society. In this week’s Cover Story, Options speaks to four women — Chen May Yee, Lavina Melwani-Valiram, Wan Nadiah Wan Mohd Abdullah Yaakob and Melissa Ngiam — who, in their own way, have taken charge of their choices, broken the mould, and changed their future for the better.

Thinking like a journalist facilitates the core of her current task: to determine pertinent trends on the horizon, ask the right people the right questions and distil findings into practical and approachable content. These skills were sharpened in the two decades spent in newsrooms around Malaysia, Singapore and the US, where she was writer, correspondent, contributor and editor at various stages for the likes of Agence France-Presse, The Wall Street Journal in Asia, Singapore’s The Straits Times, The New York Times (NYT) and Forbes. Chen had been freelancing for Wunderman Thompson (formerly J Walter Thompson or JWT) when she was invited to helm the new Asian unit of its trend and research division in 2017.

“I realised many journalistic skills were transferable to consumer research,” she says. “I still talk to analysts and experts in whatever field I’m looking into. The data aspect has been interesting to learn. Instead of going to institutions for data to bolster whatever story I was going after, I now consider questions that reach, say, 5,000 people to test a trend I’m tracking. Like news, we try to see what’s coming around the corner and predict how things are going to unfold, which is valuable data businesses and the media appreciate. We cut through the noise surrounding issues with a simple point: what’s the story here?”

Chen has so far led five major pieces of research out of Asia, the first titled The New Muslimah. It examined the dichotomous attitudes of millennial Muslim women in Malaysia and Indonesia, who described themselves as being more conservative and religious than their mothers were at their age but at the same time more outward-looking, ambitious in their education and career aspirations, and vocal in political and societal issues. Although new to the industry, Chen found herself on familiar footing immediately with this assignment, which echoed an earlier profile she had written on Malaysian singer-songwriter Yuna (Yunalis Mat Zara’ai) for NYT that touched on the intersection of faith and ambition.

For the full story, pick up a copy of The Edge Malaysia (March 9, 2020) at your nearest news stands or visit optionstheedge.com.