Cover Story: What 12MP should focus on 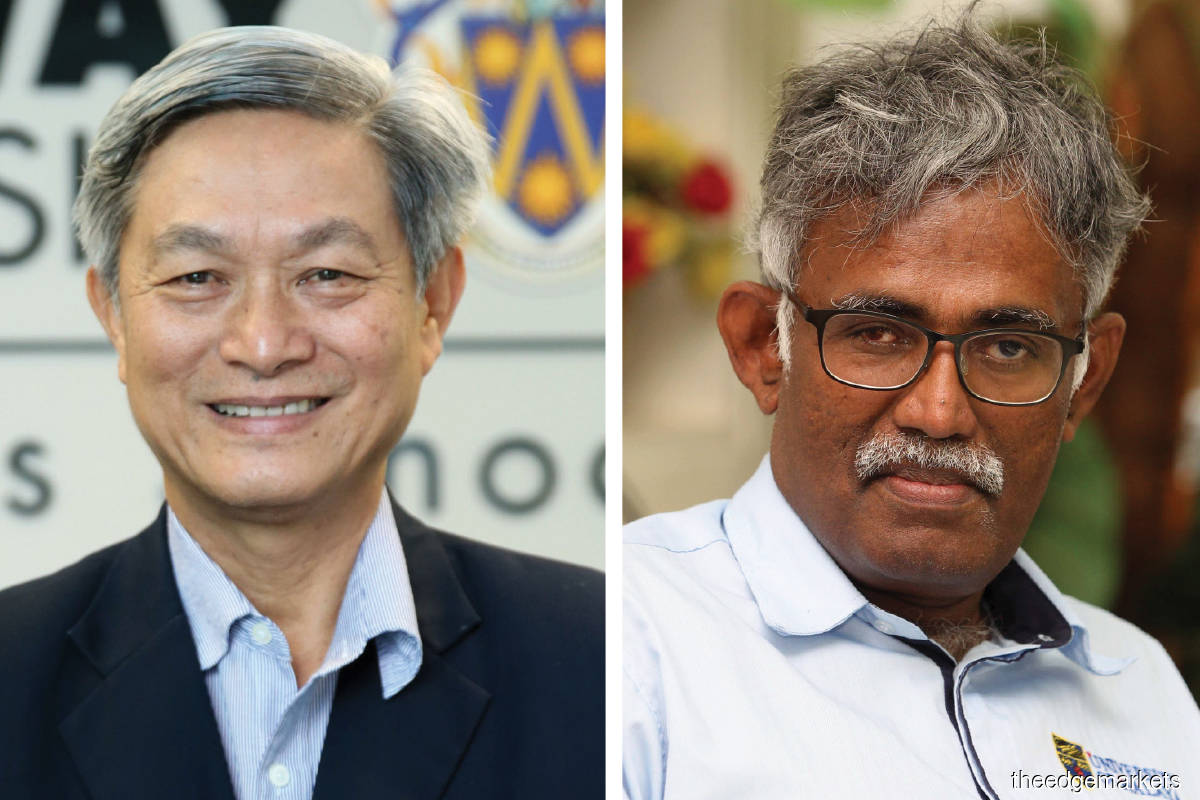 IT was a very different time in 2015 when former prime minister Datuk Seri Najib Razak presented the national development plan for 2016 to 2020 to the Dewan Rakyat.

The 11th Malaysia Plan (11MP) was themed “Anchoring growth on people” and unveiled at a time when the country was registering one of the highest economic growth rates in Asia, averaging at 6.2% a year over the past five decades, and only 3.3% unemployment.

Fast forward to today and the difference could not be more stark.

Malaysia ended the last leg of 11MP last year, which saw the biggest decline in GDP growth (-5.6%) since the 1997/98 Asian financial crisis. The unemployment rate was a staggering 4.8%, the upheaval triggered by none other than the Covid-19 pandemic — the worst health crisis that Malaysia and the rest of the world have experienced in modern history.

Given the unprecedented times we are in, would it make sense for 12MP, which is scheduled to be tabled on Sept 27, to continue to focus on the same areas as 11MP and the previous plans? Here, we ask economists to weigh in on what the key focus areas of 12MP should be.

Given the severity of the pandemic, it is a no-brainer that healthcare should be a top priority of not just 12MP but also other future policy planning by the government from this point.

“Given that 12MP is being formulated at a time when the pandemic is still rearing its ugly head, paying heed to the need to boost the healthcare sector is to be expected,” OCBC Bank economist Wellian Wiranto tells The Edge.

While the relatively rapid rate of vaccination has allowed the healthcare sector to “stretch itself out in some way”, there are critical areas that still need to be addressed, he says. “The lingering issues of ICU bed shortages in some areas signal that the healthcare provision is not evenly distributed and may be an area to focus on under 12MP.”

Lee Heng Guie, executive director at the Associated Chinese Chambers of Commerce and Industry of Malaysia’s Socio-Economic Research Centre, says public healthcare spending, which is currently at 2% of GDP, must be increased progressively to at least 4% over the medium term. “Public hospitals are underfunded. There needs to be an expansion of physical spaces, including ICUs, and [more resources to be spent on] manpower and equipment [in the sector]. We must continue to work on the medium- and long-term goals of strengthening the national healthcare system to ensure quality healthcare remains accessible, affordable and sustainable,” he adds.

Sunway University economics professor Dr Yeah Kim Leng concurs. “Malaysia has been under-budgeting healthcare expenditure for decades. The pandemic has exposed the gaps and vulnerabilities caused by the underspending,” he says.

“According to World Bank data, Malaysia’s general government health expenditure amounted to 1.9% of GDP in 2018 compared with 2.9% in Thailand, 4.4% in South Korea, 6.4% in Australia, 7.9% in the UK and 8.5% in the US. With the Covid-19 pandemic likely to turn endemic, it is foreseeable that the public healthcare allocation in 12MP will have to increase manifold.”

The approach to developing a public utility such as healthcare needs to focus on reaching everyone in the country, says Professor Datuk Dr Rajah Rasiah, Distinguished Professor of Economics at the Asia-Europe Institute of University of Malaya. “There should be a strong emphasis on healthcare as a public utility, but with a greater focus on access for the poor rather than on private healthcare.

“The Covid-19 pandemic has exposed all countries that placed little attention on healthcare for the poor, including the US. Although we have not been as unfortunate, the scarcity faced by the people to access hospitals and treatment needs serious attention.

“We should raise resources for public healthcare to at least the standards achieved by South Korea, Taiwan, Japan and China, where their [hospital] beds per capita is much higher than Malaysia’s.”

The lower-income groups were the most vulnerable when the pandemic hit, and their welfare should be made a priority in formulating development policies.

“This is unlike the past Rostowian-style approaches deployed, where the T20 (top 20% income group) remained the captains and drivers of progress while the M40 and B40 served as participants and appropriators of growth synergies.

“The 12th Malaysia Plan should focus on all of them directly, as people — regardless of their economic position — should be empowered to shape Malaysia’s economy over the future. In doing so, there should be a serious attempt to build the growth engine plurally, to unite Malaysians as one nation.”

Yeah points out that the pandemic has had a “double whammy” impact on the disadvantaged and low-income groups. “They are hit harder and left poorer during the pandemic recession and during the economic recovery, as they are less able to replenish their savings and increase their wealth compared with those in the higher-income brackets, who are better positioned with savings buffers and endowments to capitalise on opportunities during the economic recovery. “Given this reality, it is imperative that, under 12MP, the government adopts more aggressive strategies to rebuild social safety nets, empower the poor and craft more inclusive needs-based policies.”

He adds that one of the targets of 12MP should be to eradicate hardcore poverty as well as raise the income and living standards of the B40 group while expanding the middle class through sound private sector-driven economic growth strategies.

Finance Minister Tengku Datuk Seri Zafrul Aziz recently announced that the government would be seeking approval in parliament next month to raise the country’s statutory debt limit from 60% of GDP to 65%, and to increase the Covid-19 fund’s ceiling limit to RM110 billion, from RM65 billion. The country’s fiscal deficit target for this year is forecast at 6.5% to 7% of GDP, given the continued fiscal spending required to support the gradual reopening of the economy.

Previously, he had observed that now may not be the right time to reintroduce a consumption tax such as the Goods and Services Tax (GST) which, though unpopular with the people, had helped fill the government’s coffers to the tune of RM40 billion per year before it was scrapped in 2018. By comparison, an average of RM25 billion per year is gained from the current Sales and Service Tax collections.

The inaugural 2022 pre-budget statement, which was published by the Ministry of Finance on Aug 31, stated that the government was considering measures to increase tax revenue through increased tax compliance. Measures recommended included the implementation of a Special Voluntary Disclosure Programme for indirect taxes administered by the Royal Malaysian Customs Department and the introduction of a Tax Compliance Certificate as a precondition to participate in government procurement.

Bank Islam chief economist Dr Mohd Afzanizam Abdul Rashid says the timing for fiscal consolidation needs to be realistic. “The government will need to be extremely careful on this, especially when deciding on the tax policy.

“At the current juncture, we want full participation from the private sector that can create more high-quality jobs and promote long-term investment. Therefore, having new taxes could shock the nascent recovery.

“Perhaps the focus should be to streamline the tax incentives and see what is the take-up rate and the impact. On tax, [it should be more of] fine-tuning the incentives so that, at the end of the day, the effective tax rate can be competitive in the eyes of foreign investors and businesses.”

University of Malaya’s Rajah says that in addition to strengthening the social and economic resilience of the population, the plan should emphasise the transformation of all sectors to catch the wave of change promised by digitalisation and the Fourth Industrial Revolution (IR4.0).

“It is not enough to just launch blueprints to recognise their importance, and to undertake only readiness assessment studies. The focus must be on evolving the plans and bringing them to the people, including robots and drones, and the infrastructure to harness the synergies from them,” he points out.

“This would also require the need for a sea change in the way government agencies and intermediary organisations function to support the transformation needed in individuals, farms and firms.”

Given the prominent role of technology seen during the pandemic, Afzanizam says infrastructure spending should no longer be confined to just large physical infrastructure projects such as public transport systems, but also include digital infrastructure, especially for rural connectivity.

“Working from home (WFH), for instance, has allowed flexibility for [employees] to perform their tasks while school and university students have been leveraging the e-learning platforms for their studies. Anecdotally speaking, the experience is still mixed, especially when the internet coverage is bad in certain areas while affordability in terms of the telco charges and ownership of smart devices among the lower-income group are the common grievances associated with the e-learning platforms.

“The future of work in Malaysia could dramatically change simply because of the proliferation of technology.”

As a medium-term plan, the “build forward better” development strategies — which denote seizing the opportunity to reset and future-proof the economy to be more resilient in future crises — will entail the continuation of large infrastructure projects while weighing the trade-offs and affordability of new projects, says Yeah. “This is to avoid derailing efforts to rebuild the country’s fiscal position, which has been weakened substantially by the pandemic spending.”

OCBC’s Wiranto says that from a bigger-picture perspective, tackling issues such as climate change will be crucial for Malaysia. “While national oil giant Petroliam Nasional Bhd (Petronas) has set a commitment to be carbon neutral by 2050, we have not seen any firm timeline at the country level.

“Given the impact that climate change might pose, addressing such challenges and preparing the economy for a transition towards a lower-carbon environment are formidable, yet unavoidable, challenges that should see more prominence in 12MP.”

“The three themes are all-encompassing, with each containing a long wish list of development topics. Given the limited resources, the challenge for the government is to identify the priority areas in which its role matters most. It should focus on creating the enabling conditions and mobilising market forces and the private sector’s ingenuity, innovation capabilities and entrepreneurship for sustainable economic growth and employment creation,” Yeah suggests.

Clear, concise and stringent timelines are a must, Rajah emphasises. “Unlike previous five-year plans, there must be clear time-based roadmaps with stringent targets to be achieved, and backed by robust evaluation, monitoring and appraisal, as well as recalibrations and replacements to ensure there is no dissipation of government money.”