Cover Story: In the ‘tick’ of things 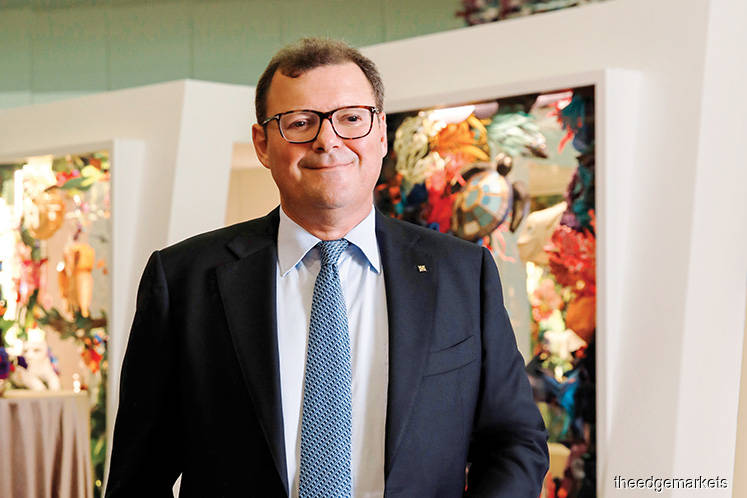 At the highly successful Patek Philippe Watch Art Grand Exhibition 2019 in Singapore, the brand’s president, Thierry Stern, was consistently spotted in the middle of the action, showing collectors around the displays and meeting journalists from around the world. In an interview with Petrina Fernandez, he talks about traditions and innovations, the importance of longevity and the legacy he is building for the next generation.

As recently as two decades ago, Patek Philippe was a name uttered almost exclusively by the horological cognoscenti. Its permeation in pop culture and everyday conversations might have surprised traditional fans but there is no denying its contemporary influence. In fact, statistics from 2017 suggest that one in eight hip-hop songs that year lyrically referenced the watchmaker, as the industry’s elite cemented their status among the haute monde with this casual bout of name-dropping.

Under the stage handle The Carters, power couple Beyoncé and Jay-Z inverted the brand for the sake of rhyme in the 2018 single Apeshit (“Bought him a jet/ Shut down Colette/ Philippe Patek) that flaunted their lavish taste in a video shot at the Louvre in Paris, no less. Meanwhile, the likes of Soulja Boy (Patek, with the line “I got that Patek on my wrist” repeated seemingly ad infinitum and comprising the entire hook) and Valee (Patek Philippe) were among those who made song titles of the Swiss stalwart. Condé Nast’s online music magazine, Pitchfork, cheekily commented that the brand is rarely pronounced correctly in these contexts in an article that also asserted “a watch is seen by most rappers as a king-making talisman” and “owning a Patek represents entrance into a new class of rap sophisticate”.

For the full story, pick up a copy of The Edge Malaysia (October 14, 2019) at your nearest news stands or visit optionstheedge.com.