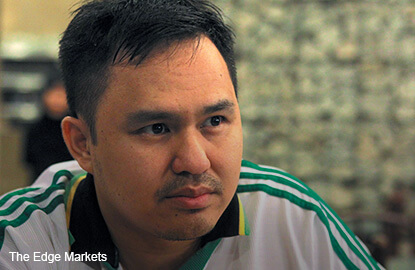 While significant, this has come at the price of obscuring a more pressing, though largely ignored, reality: the inflow of refugees, migrant labourers, students and non-Western expats such as businessmen and their workers from Africa, the Middle East and Korea, among others.

This is radically altering our demographics. Entire neighbourhoods are gradually being formed alongside new relationships among locals and internationals, forming families and, in turn, hybrid identities that have yet to be labelled.

I recall Ampang just a few years ago, one of the urban enclaves where much of such encounters are taking place. One can already observe similar dynamics in Subang, Kajang, Bangi and Semenyih.

This is the lived reality formed by the movement of labour and capital that peaked during the heyday of globalisation that is now rewriting, however implicitly, our long taken-for-granted notions of familiar country.

It is, sociologically speaking, a good problem to have.

But what it might mean for politics, as the extent to which it might affect already existing tensions between formally recognised identities, is too early to tell. Our eventual confrontation with it though, as a national question to be reckoned with, will unlikely be occasioned by pleasant news.

All things halal: Liberals stand for the unquestionability of boundaries. This distinguishes the self from other, inside from outside, private from public, us from them: distinctions that translate into the difference between choice and coercion, safety and danger, comfort and discomfort. It is the worldview that inspired the notion of property, nation-states and gated communities.

But it is curious to see halal discourse making the most out of this logic. Common now is the hyperactive emphasis of what should or should not count as Islamically permissible, further solidifying barriers between what is Islamic and what is not.

This is no longer about food or clothing. Halal elevators, trolleys, eggs and hotels have become normal.

We are seeing the concurrent rise of a halal entertainment industry. Last year, a coalition of Muslim consumer groups complained about perceived porcine DNA in Cadbury, to the point of calling for blood cleansing.

This was ridiculed in liberal circles though we missed the key issue. It is a symptom of a longer-standing impulse. Constantly scanning the world for un-Islamic objection will increase the already cold separation between Muslims and non-Muslims.

Differences are no longer heightened along the lines of doctrine, tradition or history. It is now tactile, played in how the world feels. Expect then more pronounced boundaries along these lines of cultural frigidity.

Politics and the more things change: The debate around 91-year-old Tun Dr Mahathir Mohamad’s ascendance in the opposition are obscuring a more pertinent question. Why are there so few young leaders to choose from? Other likely personalities are of a certain generation too: Hadi Awang and Anwar Ibrahim are about the same age — in their late sixties.

The common explanation is that, like it or not, they are the only figures with the right cultural appeal to sway Malay votes. But this still begs the point: why the preference for seniority?

That the options are down to two main political outlooks — nationalism and Islamism — has a lot to do with the broader conservative orientation of our politics. They could fit more neatly into the New Economic Policy’s formation of the Malay middle class.

This class grew faster than our democratic institutions matured. Thus, material progress did not develop in parallel with civil liberties. This is to say little of how the syariah courts and the monarchies — two key markers of Malay power — too were enriched in the meantime.

Stability then was always preferred to liberalisation because stability was the condition for the strengthening and enriching of Malays.

Our viable options of political figureheads, however much they differ, signify the lasting hold — in nostalgia or reaffirmation — of that legacy today. This is even more the case, given the fragility of the economy, what more the Malay economy, which felt so certain just two decades ago.

There will be changes and disagreements, but only within the confines enabled by the structure: which leader can offer what promise for the future of Malay security? Is it any wonder then that we are still left to choose between the usual suspects who built their political careers out of that question?

Football catharsis: In any case, political unrest need not only happen in electoral terms. For a different register of dissatisfaction, we would do well to read Malaysian football as a barometer of sentiment. The tension between its two main royal figureheads is foregrounded by restlessness among an overwhelmingly majority Malay fan base. There are also the passionate exchanges online regarding the state of the sport.

In other words, it is where the Malay mass and royalty — two key voices often left out of bourgeois personality politics — can vent. True to form, however, the sentiments have not crystallised into overt politics.

Fandom remains largely defined along the lines of state allegiances. But that stadium riots are happening more frequently, with trends that more or less correlate with the broader weakening of the economy, is telling.

Football remains the space of collective angst, however crude and messy, in a climate where so much of Malay identity is institutionally and culturally disciplined.

The partnership was officiated with a high-profile press conference featuring her in her sparkling diva regalia, sitting among dozens of football players — all crookedly smiling in their fresh pink jerseys — with their index fingers pointing to their strained cheeks, mimicking Qu Puteh’s trademark pose.

Malay men may have football stadiums as their rare sanctuary of aggression but they occupy a more ambivalent place in current pop culture where their masculinity seems to be in constant question.

Lately, we have been seeing more representations of strong women juxtaposed against the effeminate or emasculated man. Suamiku Encik Sotong (2014), a hit TV comedy, addressed this theme by featuring a couple with a “softer” man and an assertive, more “masculine” woman.

A similar type of dynamic was portrayed in YaHabibi (2015), where Fiona, a tomboy, falls in love with Habib, a frail and sheltered orphaned boy raised by his two sisters.

Ku Tinggalkan Cinta Di Okinawa (2015) tells the story of Alisa, a karate practitioner searching for her long-lost mother, who happened to be a karate champion. Along the way, she saves the son of a wealthy Datuk, whom reviewers have described as a soft nerd.

Dia Isteri Luar Biasa (2015) also features an effeminate man, Kam, who falls for Dewi Yusra, a career-minded woman who wishes to have a child but does not intend to marry. Kam is in love with her though she does not notice it and ends up with someone else.

Such cues are also read even where they might not be. For example, KaptenMukriz (2016), the lead character in the drama of the same name, was accused of being effeminate (“lembut” as in soft and “tidak cukup jantan”) by audiences. This was despite him playing a character who was both an ustaz (Muslim religious instructor) and a military man.

Power is said in many ways. We are more inclined to turn to laws and state institutions for signs of changes. But life is weird and our vision is often limited to what the discourse accustoms us to, when much of our worries are, when you come to think of it, actually manufactured anyway.

The task of political imagination demands us to look for changes where we seldom do. It will be productive to consider popular and everyday culture too as another key, though often overlooked, channel of dialogue of what it means to be Malay.

Fuad Rahmat is a public intellectual specialising in philosophy. He is currently researching critical theoretical engagements with Malay pop culture. He is also behind Projek Dialog, a platform for intercultural and interfaith engagements.