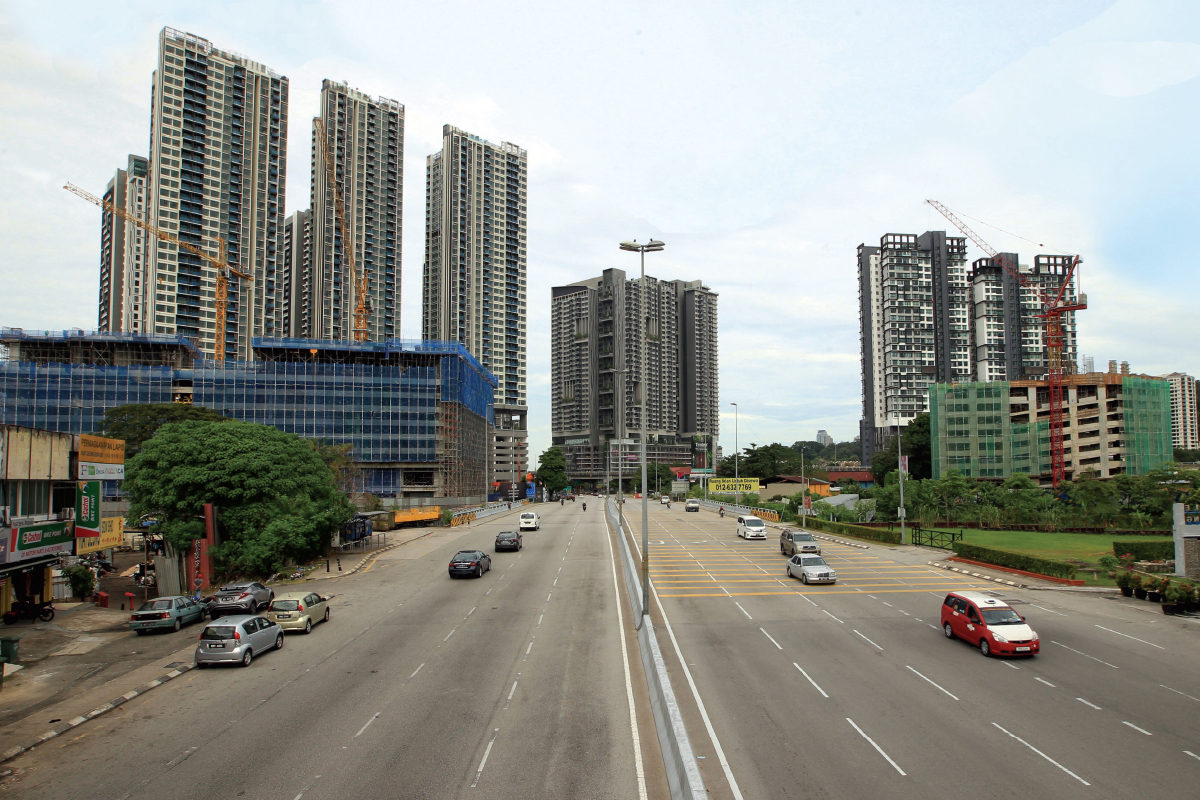 One of the oldest thoroughfares in Kuala Lumpur, Old Klang Road or Jalan Klang Lama has seen considerable change over the past decade as new developments sprout up along the busy stretch of approximately 11km.

Lined by a mix of old shops and new commercial buildings as well as newer high-rise residences, the major artery is said to have been built over a century ago by the British colonial government and was the only trunk road linking Kuala Lumpur and Port Klang before the Federal Highway was completed in 1965.

Old Klang Road was named as such as it provided access to Klang from Kuala Lumpur, says VPC Alliance  managing director James Wong. “Since the opening of Mid Valley City in 1999, developers had started to build along Old Klang Road as they could foresee a high demand for developments there in the future.”

One of the earliest high-rise developments in the area is the 19-storey Pearl Point Condominium, built in 1999 by Aikbee Group  on a site once occupied by a sawmill, notes Wong. The development is integrated with Pearl Point Shopping Mall and The Pearl Kuala Lumpur Hotel. Other notable landmarks along the road include Plaza OUG (previously known as Yaohan) and The Scott Garden. An agent familiar with The Scott Garden observes that the retail podium is about half occupied now due to the Movement Control Order, compared with closer to 70% before the outbreak of the pandemic. Today, much of the land in the Old Klang Road area has been almost fully developed with high-rise developments, Wong says. “Owing to the area’s strategic location between Kuala Lumpur and Petaling Jaya, its mature location, as well as accessibility to Mid Valley City from Jalan Puchong via Old Klang Road, many developers have started building mixed-use and residential developments [along the stretch].”

According to Wong, these properties are appealing to buyers for their easy access to Kuala Lumpur and Petaling Jaya via the Federal Highway, New Pantai Expressway (NPE), Shah Alam Expressway (Kesas), East-West Link Expressway (Salak), Sprint Highway and KL-Seremban Expressway.

Old Klang Road is a popular area for the middle-income segment of the population, Wong notes. CCO & Associates’ director Chan Wai Seen believes the area in the vicinity of Old Klang Road possesses all the attributes of a popular location. “However, the previously narrow and congested road had hindered its development progression. The road widening and completion of new highways nearby have improved the area considerably in terms of access as well as ambience.”

After the road-widening works were completed in 2014, property development activity along the trunk road and surrounding areas were invigorated, Chan notes. “Many small pockets of land and old buildings have since been earmarked for development.” Bloomsvale and Millerz Square are two new integrated developments comprising offices, serviced apartments and retail spaces. “The success of such integrated projects may further improve the popularity of Old Klang Road,” says Chan. He adds that international hotel chain Courtyard by Marriott is expected to open a hotel in Bloomsvale.

Tee Teh Sdn Bhd has plans for two 44-storey blocks with a total of 442 condominiums, he continues. “With many serviced apartment developments being launched or in the pipeline and only pockets of land remaining undeveloped, we expect the property market outlook for Old Klang Road to be stable,” Wong remarks.

Based on secondary market transactions in the past five years, the prices of condos and apartments in Old Klang Road have trended downwards since 2019, he notes, adding that  “it may be due to an oversupply in the area and the current economic situation because of the Covid-19 pandemic”.

“As parcels located along Old Klang Road are mostly developed, and owing to its long history and strategic location, property prices are expected to be stable and we don’t expect any major appreciation in the area,” he says.

As for commercial developments, ground floor units at The Scott Garden (Metro Centre) were transacted at RM1,064 psf in 2019 compared with RM1,485 psf in 2017. Commercial units on the first, second and third floors recorded prices of RM895, RM678 and RM431 psf respectively in 2019, according to Wong.

According to Chan, Old Klang Road was once the affluent address in the area before Bangsar appeared on the scene. Its transformation into an established area matching Bangsar and Damansara remains at an early stage, he says.

“To elevate the area further and for it to become an established commercial and residential address, a major development is required, such as how Bangsar South transformed Kerinchi and KL Sentral changed Brickfields,” he adds.

Though its development progression has lagged behind that of Bangsar and Petaling Jaya, Old Klang Road remains one of the more highly populated areas in the Klang Valley, largely owing to its strategic location, notes Chan.

Owing to the increasing number of developments in the area, Chan says it is imperative to improve the infrastructure and public amenities to cater for the growing population.

“It would be great if more public transport facilities were to be introduced as well as premium amenities such as international schools, retail outlets and landscaping that would further improve the quality of living,” he notes.

Currently, the nearest public transport facilities are the Muhibbah, Awan Besar, Alam Sutera and Jalan Templer LRT stations. In the vicinity of Old Klang Road, the Taman Naga Emas and Kuchai Lama MRT stations under the Putrajaya Line are under construction.

Wong says the high volume of traffic in Old Klang Road has to be looked into. “Currently, there is no rail transport systems such as MRT and LRT in Old Klang Road. The area could also be improved by building flyovers to ease connectivity as well as by [further] widening the main roads.”

“In the short term, we expect the outlook for affordably priced properties to remain positive  despite the property market slowdown and uncertainty created by the Covid-19 pandemic, as demand for this segment of properties in this locality remains commendable,” says Chan.