Cover Story: In search of unicorns 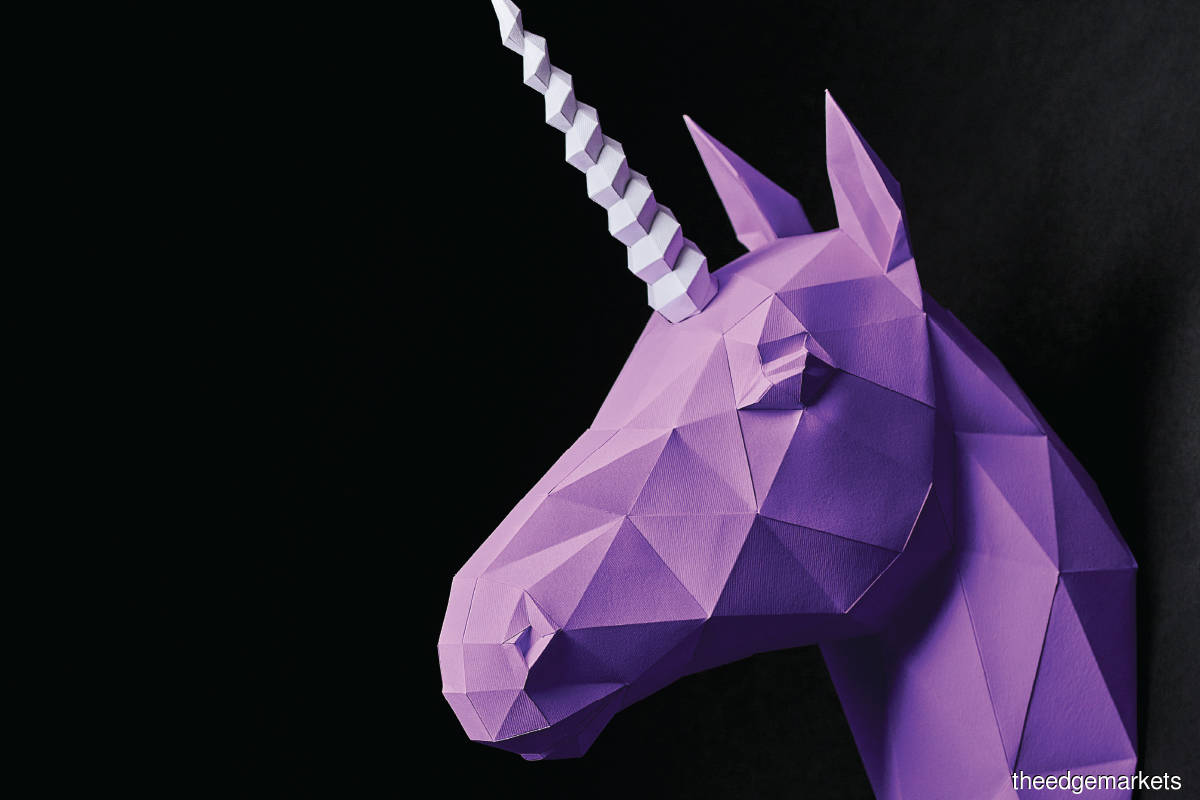 Grab, the regional super app with unicorn status, will always be seen as the “one that got away”, or the success story that could have been from Malaysia, had it not moved to Singapore in 2014.

Since then, other unicorns have emerged in the region, such as Gojek, Traveloka, Lazada Group and Sea Group. The question many now ask is: Where is Malaysia’s unicorn?

Most of the unicorns, defined as privately held start-ups with valuations of at least US$1 billion (RM4.1 billion), are tech companies, which Malaysia has no lack of. There are tech start-ups in the country that are funded by regional venture capitalists (VC) and serving global clients. Should these companies be aiming for unicorn status?

According to several industry players interviewed by Digital Edge, while it can bring benefits, achieving unicorn status should not be the end goal. “Having unicorns certainly provides strong optics for a country, but it should not be the only measure of success for the overall health of the ecosystem and growth of start-ups. While profit generation is key, we also need to consider the volume of start-ups that stay long enough in the game to strengthen the innovation ecosystem,” says Dzuleira Abu Bakar, CEO of the Malaysian Global Innovation & Creativity Centre (MaGIC).

In fact, investors are beginning to emphasise more on the profitability and sustainability of start-ups than the growth-at-all-costs methodology often adopted by unicorns. Different symbols such as rhinos and camels are used to describe start-ups that focus more on qualities such as profit margins and steady growth.

“I’m a fan of the Pegasus, which refers to a company that is very profitable and does not need to do endless fundraising rounds to cover its burn rate. By and large, most start-ups can benefit if they aim for profitability and worry less about becoming unicorns,” says Kashminder Singh, co-founder of WTF Accelerator and equity crowdfunding platform (ECF) pitchIN.

An acknowledged benefit of having unicorns, however, is their ability to serve as a role model for local start-ups and the attention they attract from investors and governments. “If you look at other countries in the region that have unicorns, their ecosystems are more robust now, as the unicorns attracted the attention of international investors. Because of that, the government also starts to look out for the industry. If we have a unicorn in Malaysia, it would put us on the map,” says Xelia Tong, managing partner at accelerator ScaleUp Malaysia.

Khailee Ng, managing partner at 500 Startups, concurs. “This will create more ambition within the pool of investors, who may start investing in the country’s top tech founders with more conviction. We also want to see a ripple effect from founders or employees of the companies giving back to the ecosystem,” he says.

“For instance, the group of former PayPal employees and founders started or invested in renowned companies like LinkedIn and Yelp. The founders of our portfolio company Bukalapak have also created their own fund and serve in the top positions of the national telecommunications company, with the aim of giving back to and bringing up the tech ecosystem in Indonesia. If Malaysia can’t produce even one home-grown unicorn, it will never be taken seriously as a tech market.”

In that case, what could be done to boost the growth of local tech start-ups, in the hope of eventually nurturing a unicorn — or other creatures — in Malaysia? Encouraging start-up founders to have a regional mindset is a piece of advice echoed by most of the interviewees. Of course, this must be followed up by having sufficient funding sources and a supportive ecosystem in the country.

“Looking at our population and market size, it would be difficult for many unicorns to emerge. To become a unicorn, you have to go regional. Unfortunately, going regional usually ends up with the headquarters being moved out of Malaysia,” says Kashminder.

This was what happened with Grab, since it could not raise enough money in Malaysia. Many international VCs have a presence in Singapore.

“To become a unicorn, the founder has to think big. Secondly, there must be enough avenues for fundraising. Many companies move to Singapore because, unfortunately, Malaysia is not seen as a regional centre by international VCs,” says Chok Kwee Bee, managing director of VC Teak Capital and a veteran investor in Malaysia. “The big investors such as Alibaba and SoftBank run funding rounds that go into hundreds of millions of US dollars. Unless you have a regional presence, I don’t think they will fund you.”

Meanwhile, ecosystem players such as the government and businesses should step in and provide support for local start-ups. Many industry players wish that the government would have more consistent and clearer messaging about the funding, policies and role of various agencies in charge of growing the ecosystem.

“The government has to engage with the start-ups before creating new policies. There are many things the government can improve on [in terms of communication, for example] as well,” says Tong, observing that some governmental agencies have overlapping functions in this area.

Lim Kuo-Yi, co-founder and managing director of Monk’s Hill Ventures, adds that there has been some “starting and stopping” in some programmes by the government in recent years: “We certainly hope the programmes can get back on track and drive the momentum going forward. We are more than happy and look forward to being partners in the Malaysian ecosystem.”

More could also be done to build up the local tech talent pool and give them industry-relevant skills, the interviewees say.

“All you need is a handful of entrepreneurs to prove what Malaysians are capable of. We have plenty of series B companies that are Malaysian. In them are the few unicorns you are looking for. Who are our best shots at Malaysia’s first unicorn? Do everything it takes to take them there,” says Ng. ECF was introduced in Malaysia some five years ago to address the seed stage funding gap for start-ups that are not big enough to receive VC funding. While the situation has improved, for some of the companies, more could be done to ensure start-ups have enough funding to grow.

This is an important point, as Dzuleira also acknowledges the reality that led Grab to move out of Malaysia. “[They moved] because of the regulatory challenges surrounding fundraising from foreign VCs in Malaysia, tax cuts and discounts given by the Singapore government and greater opportunities for fundraising there. This is something our government has been actively looking to address, including offering a number of incentives through agencies such as Cradle, Malaysian Debt Ventures and Mavcap (Malaysia Venture Capital Management Bhd),” she says.

Gopi Ganesalingam, vice-president of Global Growth Acceleration at Malaysia Digital Economy Corporation (MDEC), also observes the lack of funding by VCs in the series B segment in Malaysia. He points out that the Ministry of Finance has responded by setting up Penjana Kapital, which offers matching investments of up to 50% to VCs and private equity firms. The government also has tax incentives for ECF and angel investing.

What else can the government do? Lim believes it can support start-ups in less popular sectors and underwrite the risk. “For instance, this could be in deep tech or manufacturing, where it’s not as popular for VCs or angel investors to come in yet,” he says.

The government has also set aside funds to support start-ups, “… which I hope they will give to Malaysian VCs, who understand the environment and can help boost the economy, instead of foreign VCs”, says Chok.

On the other hand, Tong calls for local VCs and corporations to provide more support to local start-ups. “Some local start-ups don’t want to raise funds from foreign VCs first because their market is currently more local, even though they hope to grow regionally eventually. But some of our local VCs don’t even consider them. In addition, some of the business-to-business start-ups have problems convincing corporations to try local products,” she says. This highlights the role of local corporations. One method of getting involved is by becoming an investor in start-ups.

In fact, the Malaysian Business Angel Network launched a programme earlier this year to accept corporations as angel investors, thus widening the pool of early-stage investors and allowing corporations to become test beds for start-up solutions.

“Public-listed companies, government-linked corporations and others could set up funds to invest in upcoming start-ups. But they must do it with the right mindset. If they want to pay it forward and make money at the same time, they should invest in the next generation,” says Kashminder.

Corporations can also help these start-ups by using their products and services. Towards this end, the government has implemented some initiatives.

For instance, in August, it launched the National Technology & Innovation Sandbox for start-ups to pilot their solutions, with participation from government stakeholders and corporations, says Dzuleira.

Gopi also notes that MDEC has a Global Growth Acceleration division that engages with corporations and connects them with start-ups. “This matchmaking process takes place in the form of programmes such as corporate accelerators, hackathons and direct matching,” he says.