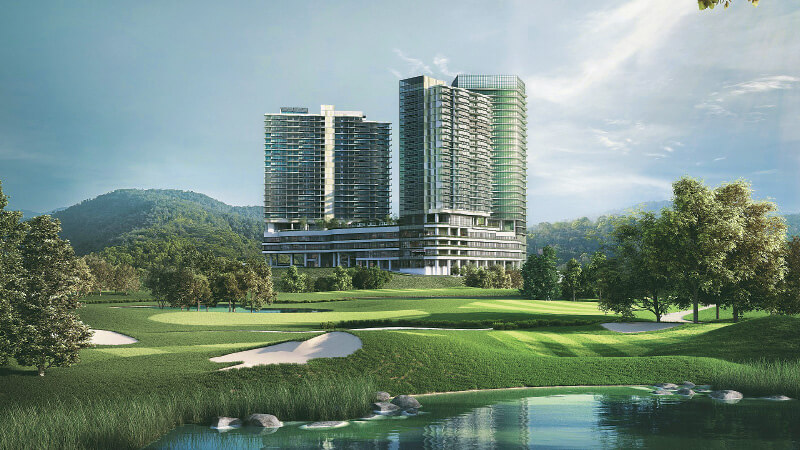 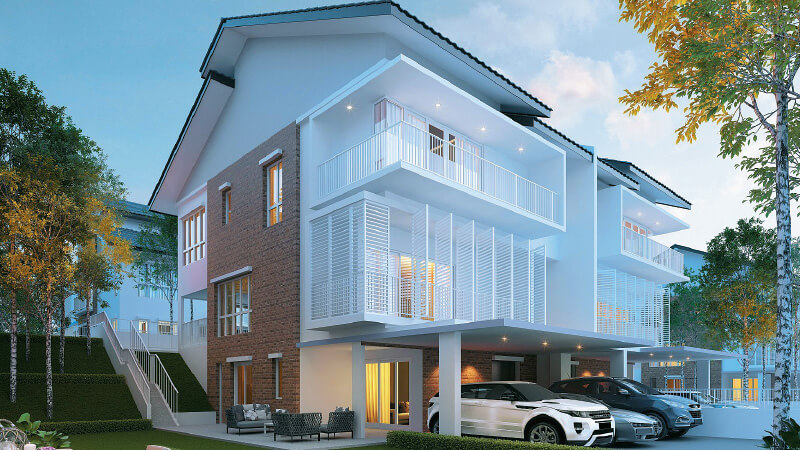 It has been a crazy time and a challenging year,” says Datuk Jauhari Hamidi, the candid managing director of Sime Darby Property Bhd (SDP). Despite his declaration that Malaysia’s property sector is facing tough times, Jauhari appears calm as he gives City & Country an update of SDP’s performance and latest products as the company braces for a transformation.

It is no secret that the property division of conglomerate Sime Darby Bhd is going through a colossal change. On Jan 26, the group announced that its board would proceed with a plan to pursue a pure-play strategy involving its listed entities in the plantation, property, trading and logistics sectors, with the objective of unlocking their value.

Sime Darby will undertake to distribute its entire shareholding in Sime Darby Plantation Sdn Bhd and SDP to entitled shareholders after the revamp.

Jauhari says SDP is in no position to comment further until the changes are finalised. Details of the standalone entities will be revealed in the next financial year (FY2018).

“For the time being, we are just assisting Sime Darby to fulfil the aspirations of its shareholders. We will reveal more details once we are listed,” he says.

“I am confident that once we are on our own, we will be able to pursue our strategies better. We shall strive for a stronger balance sheet and stable profit... generate income and carry out expansions. We are excited about this change and [I believe] this is something that we should support.”

As at last November, SDP had 23 ongoing township projects and 17,000 acres of developable land. However, according to the company, the figures are subject to change in the light of its upcoming transformation.

SDP’s FY2017 (ending June 30) is fast coming to a close. “We are on track as far as hitting our targets is concerned, despite the current weak market conditions,” says Jauhari.

The company performed well in 1HFY2017, posting a profit before interest and tax of RM137 million on revenue of RM777 million. This was largely attributed to contributions of RM95 million from the Battersea Power Station project in the UK and a gain of

RM58 million on the compulsory land acquisition  by the government for the Damansara-Shah Alam Elevated Expressway. The Battersea Power Station project recognised its maiden profit after the completion of two residential blocks under Phase 1.

As at Dec 31 last year, SDP had about RM1.5 billion in unbilled sales.

“Our point of differentiation has always been the quality of our products, our corporate identity and our branding. We do a lot of brand audit as well, and we have been quite active on social media platforms and our mobile app,” says Jauhari.

“We shall continue to innovate, improve and speed up our processes. In fact, on April 1, we introduced a transformation office to enhance our overall work culture.

“We are also trying to bring in new blood so as to get fresh ideas and rejuvenate the group.”

He says SDP will continue to attract customers who believe in long-term investment and good capital appreciation. “Our products may appear slightly more expensive than others in the market, but that is because our products can create value in the long term.”

On the company’s business strategy, Jauhari says SDP is looking at increasing its recurring income streams through asset monetisation and the acquisition of yield-generating assets. “In the past year, we have been taking a closer look at our assets, considering whether to monetise or dispose of them. We have divested a number of our hospitality assets like Hotel Equatorial Melaka and Harvard Golf & Country Club in Gurun, Kedah, because they were not our core business.”

According to Jauhari, SDP expanded its range of products in FY2016. “Essentially, we are a township developer. However, we have expanded to include integrated developments in the light of the current market conditions.

“Moving forward, our goal is to be the No 1, wholesome and sustainable developer. In order to do that, we have to focus on our townships, integrated developments and high-rises. This is the reason why we launched more high-rise projects last year.”

SDP is staying positive despite the market headwinds and weak consumer sentiment, says Jauhari. “Like other property developers, we are affected by the slowing demand, but we are optimistic about the sector’s outlook in the medium to long term. We have confidence in our brand and will strive to deliver quality products to our customers.”

“Castilla 2 will comprise 34 units of 30ft x 80ft, 3-storey semidees, with a gross development value  of RM48.5 million,” says Jauhari. “The two launches at Bandar Bukit Raja will consist of 193 units with an average price of RM714,340 per unit.

“Most of our latest launches have recorded an average take-up rate of 70%, so we are confident of achieving our targets. This is mostly because we have been selective in our launches,” says Jauhari.

“Under the Rumah Selangorku scheme, we expect to build about 4,000 units spread across Bandar Bukit Raja, USJ Heights, Putra Heights and Elmina West.

Jendela at Alya and Lot 15 at SJCC

For the first half of its next financial year, SDP plans to launch two of its much-anticipated projects — Jendela at Alya and Lot 15 at Subang Jaya City Centre (SJCC).

“In view of the current market conditions, we will be selective in what we put on the market. For the first half of the next financial year, Jendela and Lot 15 will be our main focus. We plan to launch about 500 units from each development,” says Jauhari.

Jendela, a mixed-use development at Alya in Bukit Kiara, Kuala Lumpur, will have a GDV of RM1.2 billion. The 4.06-acre project, which has a 99-year leasehold tenure (expiring in April 2111), will comprise three 40-storey towers with 565 residential units and 27 retail units. The residential units, with layouts ranging from one bedroom to four bedrooms, will have built-ups of between 807 and 3,980 sq ft. The indicative price of the units starts at RM1,350 psf.

Some of the facilities at Jendela will include 1,386 parking bays for residents and 78 bays for owners of the retail units, a multipurpose hall, gymnasium, swimming pool, children’s playground, private function room and garden.

“For Jendela, we are targeting families as the units will be significantly larger than those we have already launched at Alya,” says Jauhari.

Last September, SDP unveiled its first product at Alya called Senada. The serviced apartment project comprises 429 units in two towers, with built-ups of between 700 and 1,900 sq ft. The units are priced from RM978,000 to RM2.9 million. According to the developer, Senada is expected to achieve 60% take-up by end of the year.

“Jendela will be a bit different from Senada. Senada has units of between 700 and 800 sq ft, whereas Jendela will offer bigger units,” says Jauhari.

Another upcoming project by SDP is Lot 15 at SJCC. “Lot 15 has been introduced following the success of our previous launch, Isola,” Jauhari says. “Even until today, our customers are still asking if there are any more products similar to Isola.”

According to Jauhari, Lot 15 is suitable for young couples, families and first-time homebuyers. “It is important to note that Lot 15 is a transit-adjacent development [along the LRT line].We would like to encourage our customers to use public transport.”

“We are confident that Lot 15 will be just as successful as Isola,” says Jauhari.

“We expect Jendela and Lot 15 to perform well despite the current market conditions,” says Jauhari. 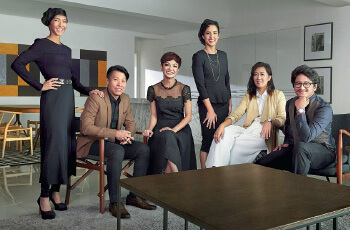 “The Architects of Elmina campaign is aimed at amplifying our story of developing sustainable communities and celebrating healthy and balanced living at City of Elmina,” explains SDP managing director Datuk Jauhari Hamidi.

“Sime Darby Property does not limit itself to being a builder of bricks-and-mortar real estate but pushes itself to be a developer of communities, neighbourhoods and homes with emotional attachment.”

In conjunction with the campaign, SDP launched a film featuring the township and its tangible wellness on its digital platforms such as Facebook and YouTube as well as its digital advertisements.

“Through the ambassadors, we hope to inspire the residents to live their best lives in the township,” says Jauhari.