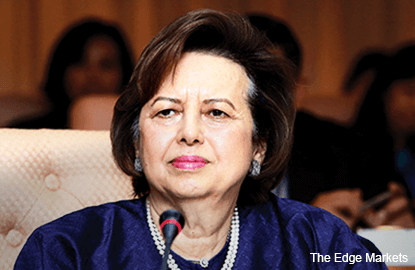 IN a move that blindsided the rest of the world, the Chinese government devalued the yuan by over 3% last week. Speculation about China’s motive and its impact on the world is still swirling in the market, although the People’s Bank of China reiterated in a rare press conference on Aug 13 that it saw no reason for a further fall in the currency. And the spillover effect is being felt thousands of miles away from Chinese soil.

Predictably, the devaluation led to Asian currencies taking a nasty tumble; many hit multi-year lows last week. The Singapore dollar weakened 1.28% against the US dollar to 1.4051 — a five-year low — while the greenback strengthened 1.82% against the Indonesian rupiah and 0.95% against the Philippine peso. 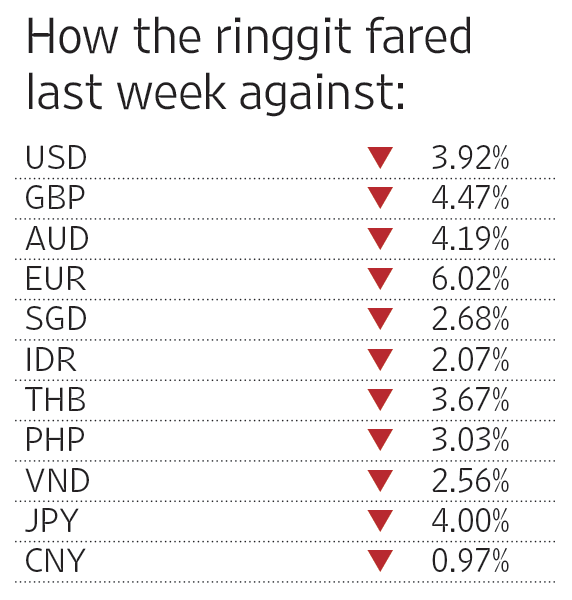 That the Malaysian currency was hit the hardest in the yuan-induced market turmoil last week came as no surprise to observers, especially with investor sentiment already badly shaken by domestic concerns and falling crude oil prices.

“The ringgit’s performance has been affected by multiple factors. Since September 2014, it has been hit by low commodity prices, the strengthening of the greenback and an impending US interest rate hike, and the unquantifiable impact of a lack of market confidence. The latest is the devaluation of the yuan,” says Dr Yeah Kim Leng, dean of the School of Business at the Malaysia University of Science and Technology.

“The ringgit tracks the yuan very closely because China is a major trading partner. This is the same for many other Asian countries that trade with China. So, if the Chinese government chooses to devaluate the yuan further, the ringgit will continue to come under pressure.”

But even as the movements of a fluid yuan deal another blow to the ringgit, market observers say there is less to worry about now than during the 1997/98 Asian financial crisis when the ringgit had last breached 4.00 against the US dollar.

Melody Lim, rates and forex strategist at RHB Research Institute Singapore Ltd, says the ringgit is undervalued “in real effective exchange rate and nominal effective exchange rate terms and when assessed against its 10-year monthly average”. Furthermore, Bank Negara Malaysia’s intervention has been relatively limited this time around and interbank rates are more stable now than 12 years ago, she adds.

“Depreciation cost the government more than RM10 billion in reserves during the 1997/98 period [around 18.5% of total reserves then]. In the recent episode, reserves had declined RM21.55 billion from October 2014 to January 2015 [around 5% of reserves], which seems affordable compared with before.

She expects the ringgit to stay at current levels and remain vulnerable to a confluence of factors until the international market finds a clear direction and investor confidence is restored with stability on the domestic political scene.

But regaining lost confidence can be an uphill task for the country. Malaysia’s five-year credit default swap (CDS) spiked to 176.33 points on Aug 12 — its highest since October 2011 — before closing at 172.485 on Aug 14. Still, that was 61.46% higher year to date, reflecting the “confidence crisis” Malaysia is faced with today.

CDS numbers have risen sharply despite the assurances given by global rating agencies. To recap, Moody’s reaffirmed Malaysia’s A3 rating with a positive outlook, Standard & Poor’s rated the country A- with a stable outlook while Fitch Ratings lifted its negative outlook on Malaysia and affirmed its A- sovereign rating.

The cost of Malaysia’s five-year CDS is visibly higher than that of several of its regional peers. Bloomberg data shows that the cost of insuring Thai and Philippine five-year sovereign notes is lower, at 133.834 and 102.909 points respectively, although that of Indonesian and Vietnamese CDS is higher at 202.054 and 223 points each.

Yeah says Malaysia’s high risk premium is “not surprising” and “natural”, given its state of affairs and the condition of the ringgit at this point but that does not necessarily reflect the country’s true fundamentals. “CDS is not just an indicator of Malaysia’s risk premium. It is also reflective of the market’s assessment of the country and how much investor confidence has been eroded so far. Compared with our peers in the region and with the ratings given by the main global rating agencies, this level is too high.”

Still, with no sight of an end to the country’s internal and external turmoil, Yeah says a weak and volatile ringgit is the reality for now.

In an Aug 14 note, HLIB Research economist Sia Ket Eee, for instance, retains his ringgit to US dollar forecast at between 3.55 and 4.20 despite Malaysia’s second-quarter GDP growth of 4.9% coming in above his and market estimates of 4.3% and 4.5% respectively.