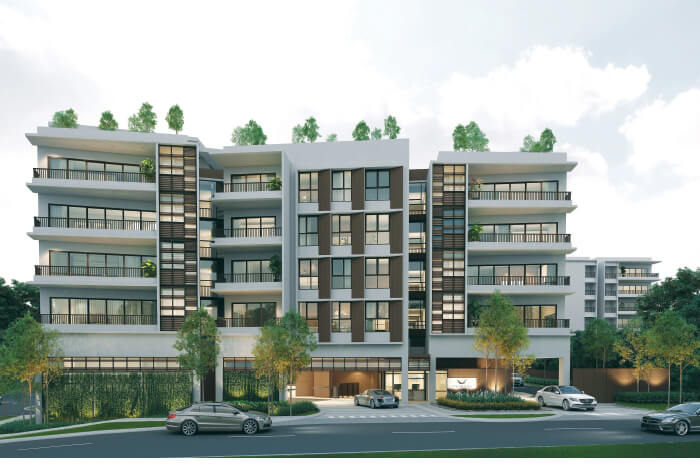 An artist’s impression of Utamara 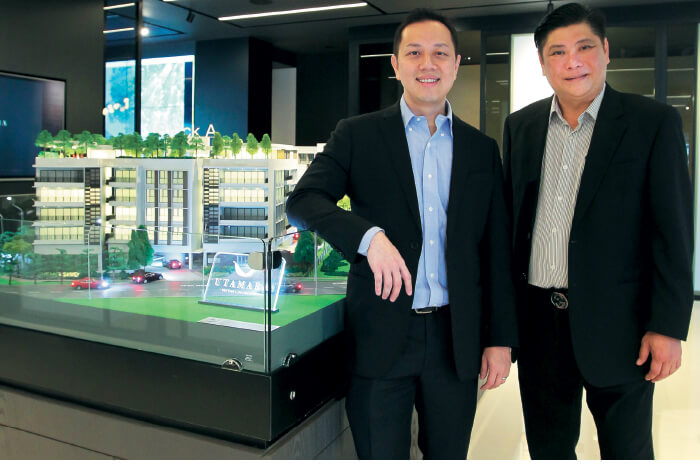 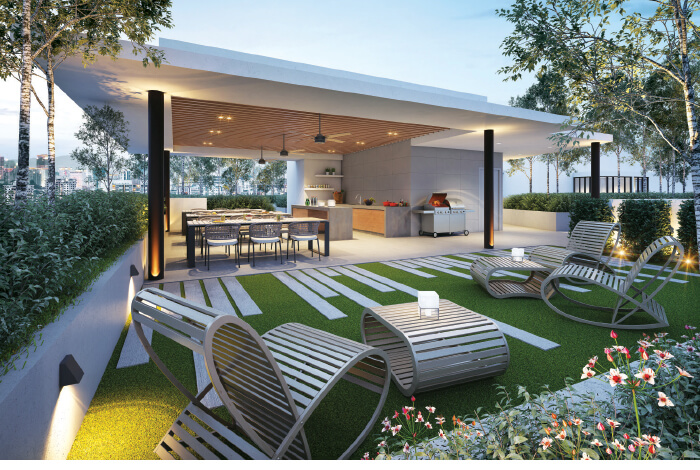 An artist’s impression of the barbecue area in Block A

An artist’s impression of Avant Industrial Park in Shah Alam 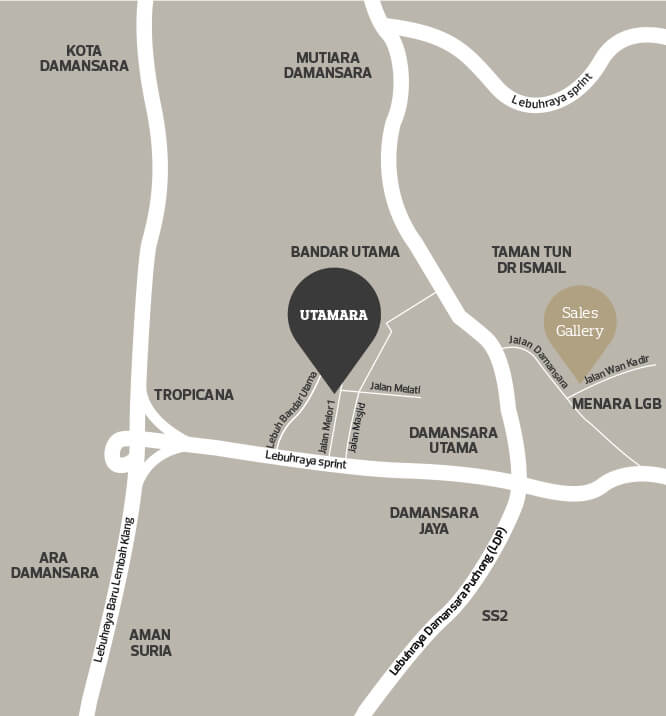 Still a fairly new name in the property industry, Parkwood Sdn Bhd is bringing to the market exclusive low-rise boutique residences in Jalan Melati, PJU 6A, Petaling Jaya. The property arm and wholly-owned subsidiary of Amalgamated Industrial Steel Bhd (AISB) is planning to launch Utamara, which has a gross development value of RM105 million, this month.

To recap, Parkwood was acquired by AISB from LGB Holdings Sdn Bhd and CS Lim Holdings Sdn Bhd in 2017. A company under the LGB Group of Companies, LGB Holdings indirectly holds a substantial stake in AISB via Telaxis Sdn Bhd. The group, through its property arm Bellworth Developments, has completed its flagship commercial and residential developments Menara LGB and The Greens respectively in the affluent neighbourhood of Taman Tun Dr Ismail.

AISB, which began life as a pioneer manufacturer of steel pipes in Malaysia in 1969, is now involved in steel trading, property development and property investment.

Utamara is a portmanteau word of the development’s neighbouring areas Bandar Utama and Kampung Sungai Kayu Ara, Chan explains. “It signifies the location of the site, which is just a stone’s throw from the established neighbourhoods with the convenience of shopping and other amenities. ‘Utama’ also means prime and ‘mara’ to move forward. Thus, the name represents not only the prime location and thoughtful design of the development but also its current and modern elements.”

The 1.82-acre, low-density development offers 82 residences housed in two blocks, one four storeys high and the other five storeys. Its spacious units come in sizes ranging from 1,029 to 2,377 sq ft with nine unique layouts ranging from 2-bedroom 2-bathroom to 4-bedroom 4-bathroom. The units are tentatively priced at RM850 psf and the development is slated for completion in 2022. Utamara’s 99-year lease was renewed last year, notes Chan.

Lim says Utamara is targeted at families or investors with the large built-ups of its units. “With that and also the location in mind, we are looking at second-generation upgraders who want to be near their families.”

All units have generously sized living, dining and kitchen areas. “Except for two smaller units, the rest come with a minimum of three bedrooms with an additional plus-one space that can be utilised as a family room, study room, bedroom, play room or music room,” says Chan.

Among the units offered at Utamara are 14 large 4-bedroom, dual-key units. “The dual-key units are suitable for two generations who want to live together or for those who want to rent out one unit while living in the other as there are many universities and colleges in the surroundings and this is a very prime site,” says Lim.

“In general, our product is positioned for the movers and shakers as well as the young and affluent. Specifically, we are targeting those from the middle to high-income groups who are drawn to the location and retirees living in landed homes who want to [downsize] and be near amenities and facilities,” says Chan.

In its design brief, Parkwood says it aims to conceptualise resort-style living in Utamara, starting with open, bright and airy common corridors that face one another across a central landscaped courtyard that welcomes its residents home from the lift lobby to their front doors.

All units, almost half of which are corner units, will come with balconies. As for the intermediate units, their balconies are inward facing for added privacy and can also serve as an extension of the living space.

“We have put in a lot of effort to infuse a resort lifestyle into the project, particularly the central courtyard and balconies,” Lim remarks.

Utamara’s residents will enjoy facilities in both blocks — a rooftop deck and garden in Block A and a pool deck on the ground floor of Block B.

Block B with its 51 residences comes with ground floor facilities such as a 20m-long infinity pool with an adjoining covered lounge, wading pool, children’s play area, sun deck, floating lounge, double-volume gymnasium with a mezzanine level overlooking the pool, and a semi-outdoor onsen with an adjoining lounge.

“The herb and vegetable garden on the rooftop provides a good platform for a farm-to-plate dining experience,” Chan says. The indicative monthly maintenance fee is 50 sen psf or below.

Utamara’s strategic location close to established and mature neighbourhoods, such as Damansara Utama and Bandar Utama, is well connected and enjoys easy access to major roads and highways such as SPRINT, Lebuhraya Bandar Utama, Lebuhraya Damansara-Puchong and New Klang Valley Expressway. It is also within walking distance of the Centrepoint neighbourhood mall and the upcoming Damansara Utama LRT station.

Lim and Chan are optimistic that Utamara will do well. “We are very boutique and are targeting a niche market. If we had 500 units, it would be challenging but we only have 82,” Chan remarks.

According to Lim, the project has garnered good response. “Our billboard on SPRINT has generated a lot of enquiries and interest. We are very confident of this project. As its surroundings are already mature, it is only a matter of time before any vacant land in the area is developed.”

The 11.49-acre leasehold development Avant Industrial Park is Parkwood’s first and current project in Seksyen 15, Shah Alam. The space was previously used as AISB’s manufacturing factory but the

developer has since segmented the parcel into two and refurbished the first phase of the industrial park, which covers 4.69 acres and is currently leased out as a logistics warehouse.

As for the second phase, Chan says the old buildings on the 6.8-acre site have been demolished and the space is now ready for development, pending approvals for a purpose-built factory suitable as a warehouse or for light manufacturing.

“With the growth in e-commerce, industrial land comes in very handy for us. Hence, we took the opportunity to focus on that,” says Lim.

Moving forward, Parkwood is looking to acquire more land in the Klang Valley while focusing on niche developments.

As a substantial shareholder, LGB Group has a different portfolio altogether, Lim says. “Its expertise lies in larger-scale integrated developments while Parkwood focuses on boutique and innovative projects.”

LGB’s ongoing projects include Saujana Greens, a condominium in Puchong, Selangor, and the Lancer Square mixed-use development in Kensington, London.

The company is also in the midst of planning a mixed-use development on a 13-acre parcel in Section 13, Petaling Jaya, which the company acquired from British American Tobacco (M) Bhd in 2016.

“We are working on the master plan that tentatively comprises residential, commercial and hotel components. As the market is soft now, there is no point in going fast on it, so we are still very carefully trying to put a right mix in the area,” Lim says, adding that the Section 13 redevelopment will only be ready in the longer term.

He reveals that LGB also holds about 400 acres in Melaka and is looking to expand its business in London, Japan and Australia.

Established in 1978 and named after its founder and Lim’s late father Datuk Lim Geok Bak, LGB Group has, among its businesses, Taliworks Corp Bhd, which is involved in the public amenities industry in sectors such as water treatment, waste management, highway concession and toll and infrastructure.