Cover Story: Removing the middleman – a disruption in the automotive industry 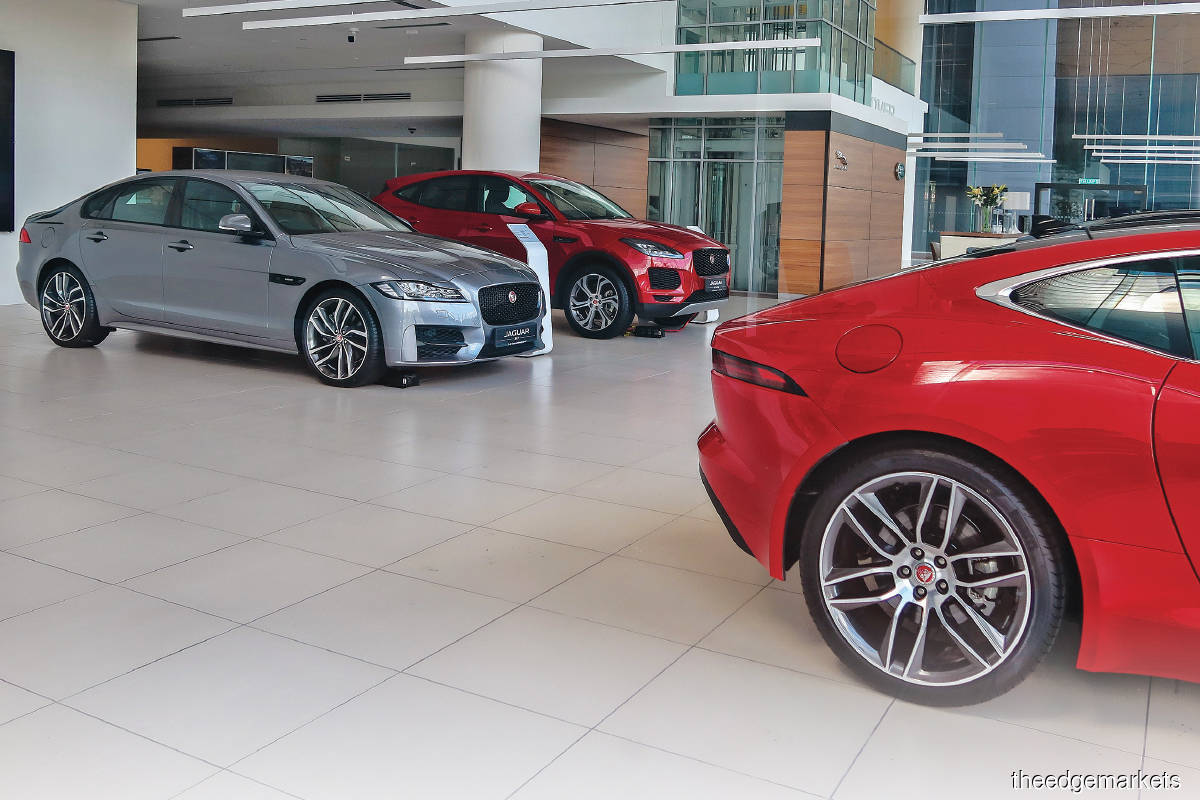 THE automotive retail business is being disrupted. Many automotive brands no longer believe in the need to have dealerships to reach out to the market, partly because of the digital revolution and declining margins in the industry.

This disruption has been happening in several countries around the world, or at least automakers have already stated their intention to do away with dealerships. In Australia, marques such as Mercedes-Benz and Honda have decided to take this route.

Down Under, Mercedes-Benz has announced that it will do away with dealerships and adopt an agency model in 2022 after trialling it with the EQC SUV. Honda turned to the agency model in July, with up to half of its dealerships in Australia being axed.

In Europe, Volkswagen AG announced that all of its dealer partners have signed a new retail agreement, starting with its all-electric ID range. It is believed that the company will start using the agency model in 2023.

Industry observers are of the opinion that the agency model will be brought to Malaysia soon. This would mean car dealers will have to accept a different arrangement in the future, one that will change their relationship with the original equipment manufacturers (OEM).

At least one automotive group in Malaysia is ready to be on the record to say that the change in the retail distribution segment of the automotive industry is inevitable. When asked whether Bermaz Auto Bhd would adopt the agency model, its group CEO and major shareholder Datuk Francis Lee Kok Chuan says all auto companies will look at the agency model in the future.

“We will own the outlets ourselves and they [the dealers] will be just agents for us to sell our cars. This way their job is to sell the cars without worrying about other fixed costs such as rent and renovations,” he tells The Edge.

However, the margins or commissions that will be offered to the agents will also be smaller than what the dealers are enjoying now, as they will not have to invest in physical outlets or hold any stock anymore.

Apart from these three big groups of dealers, there are thousands of other independent dealers representing many automotive brands.

Why is the disruption happening and what does it mean for consumers and dealers in Malaysia if the brands decide to change the dealership model to an agency model? Does it mean that Malaysians would no longer have to go to a showroom to test drive a car?

“It is an unnecessary cost. If you can buy directly from the brands, why do you need a dealer?” says an automotive industry observer who declines to be named. He points out that a dealer typically makes a 6% to 8% premium on the ex-factory price of a car. In a May report by Roland Berger, the research firm noted that the ongoing Covid-19 crisis is leaving severe and lasting effects on the automotive retail and distribution cost for OEMs, as it costs them billions of dollars to prop up their retail partners. With retail revenues expected to decline between 20% and 30% this year, dealers require support from the OEMs. These support measures increase the OEMs’ cost of distribution by 10% on average.

For European OEMs, this translates into €8 billion (RM39.8 billion) of additional costs that must be incurred to enable the survival of the current retail network from 2020 to 2023, according to Roland Berger.

In the May report, authors Alexander Brenner and Jan-Philipp Hasenberg, who are senior partners at the firm, say OEMs that employ direct and online-focused sales models can achieve cost of distribution of below 10% of gross revenues, compared with between 25% and 30% by OEMs with traditional sales and distribution channels.

“We found the agency sales model to be the best answer. Acting as a ‘golden mean’ between direct and indirect sales, agency models allow OEMs and dealers to benefit from a more centralised sales model, creating efficiencies in the overall system. Altogether, the cost of distribution for OEMs can be decreased by one to two percentage points in the short term and up to 10 percentage points in the long term,” they add.

For an automotive manufacturer in an increasingly competitive environment, earning more by removing the middlemen is something they must consider in order to stay afloat. And the middlemen they can easily control are the dealers.

How does an agency model work for the automotive industry?

According to Volkswagen’s May 20, 2020, statement announcing the shift to the agency model, it lays the contractual foundation for integrating the online business with the showroom-based business. With the agency model, customers can order vehicles directly from the group and select their preferred dealer for personalised customer care and local services, said the group.

Under the agency model, dealers will assume the role of an agent to sell cars to private customers and small commercial enterprises, according to Volkswagen. These agents will look after the acquisition, sales consultation, organising of test drives, transaction process and vehicle handover in coordination with Volkswagen.

The preferred dealer chosen by the customer at the beginning of the sales process receives the same commission and bonus as it would in the showroom, even if the vehicle is purchased online directly from the automaker.

Volkswagen decides on the vehicle price, thus dispensing with complicated price negotiations. Dealers can therefore count on calculable compensation regardless of whether the customer buys the vehicle online or in the showroom.

The agency model differs from the dealership model in that the agents do not have to invest in a showroom or hold inventory. Without these investments, the agents do not have to worry about making a return on investment as they only have to sell the cars. This means the car prices will also be fixed by the OEMs, rather than being differently priced from one dealer to another due to their respective cost structure. So, from a customer’s point of view, the cost of a model will be the same across the market.

One of the pioneers of this model is Tesla, as it does not have a dealership showroom. Anyone who wants to purchase a vehicle can do so via its website. While Tesla does have stores, they are small pop-up stores in a mall that the brand owns, more as a showcase than a dealership.

Can this be done in Malaysia?

While the agency model sounds fair and workable, will it work in Malaysia and what will happen to the investments already made by the dealers? The millions of ringgit sunk in to develop the showrooms’ sales, service, spare parts and other systems will have to be recouped somehow.

This is where it could get tricky, especially for the dealers. That is because most dealership agreements in Malaysia are renewable on a yearly basis, according to industry insiders, who also point out that there is no compensation clause in those agreements.

“If an OEM wants to change the dealership model to an agency model, they won’t have to pay any compensation for the millions of ringgit in investments that the dealers have put in to build the dealership,” one of the industry insiders tells The Edge.

Is this fair? The question is, surely the OEMs, especially the big global brands, have already looked at the agency model for quite some time now. And if they have already planned to move towards the agency model, surely they would inform the dealers that there will not be any dealership agreements in the near future? Then, the dealers would not have to invest more in their dealerships.

Indeed, the move out of the dealership model has been in the works for quite some time. Even some major Malaysian dealerships have started to move out or indicated that they want to move away from this business segment over the last few years.

In October 2017, UMW Toyota Motor Sdn Bhd transferred the majority of its dealership outlets to other dealers. Meanwhile, it is not a secret that CCB has wanted to sell its Mercedes-Benz dealership in the country for several years now. Nevertheless, the company continues to invest in new Autohaus together with Mercedes-Benz Malaysia Sdn Bhd (MBM), the sole franchise holder and distributor of the tristar marque in the country.

In April, CCB and MBM unveiled the latest Mercedes-Benz Autohaus in the country, located in Johor Baru. The Autohaus is the largest in the southern region, with a built-up area of 142,000 sq ft and 35 work bays to service up to 850 cars a month.

When asked whether MBM has any plans to change the retail segment of the business to the agency model, its president and CEO Sagree Sardien says there has not been any evaluation initiated to do so in Malaysia. “Globally, Daimler has been evaluating the future business models of the respective markets and in the process, some markets have transitioned from a dealer model to an agent model. However, for Malaysia, the evaluation has not been initiated yet,” She says in an emailed reply to The Edge.

She adds that Mercedes-Benz’s dealer partners play “a significant role in serving and meeting our customer’s needs and we see them as a valuable and critical partner in our customers’ journey”.

Even with the current online sales initiatives, dealers still have a role to play, according to Sardien. “We will further complement our offline retail process with digital and online initiatives, thereby driving a seamless online to offline customer journey,” she adds.

“With the introduction of our digital offerings, we have created new ways for our customers to reach out to their preferred dealers for both their sales and aftersales needs. Through our virtual showroom, we have created a one-stop platform where customers are able to view stock availability and where the brand has maintained a consistent pricing strategy across all sales channels.”

While it is unclear whether OEMs in Malaysia will move to the agency model, what is clear is that this is the way forward for automotive companies globally, with many brands taking steps towards this direction. Hence, auto dealerships in the country should prepare for an eventual disruption in the industry.