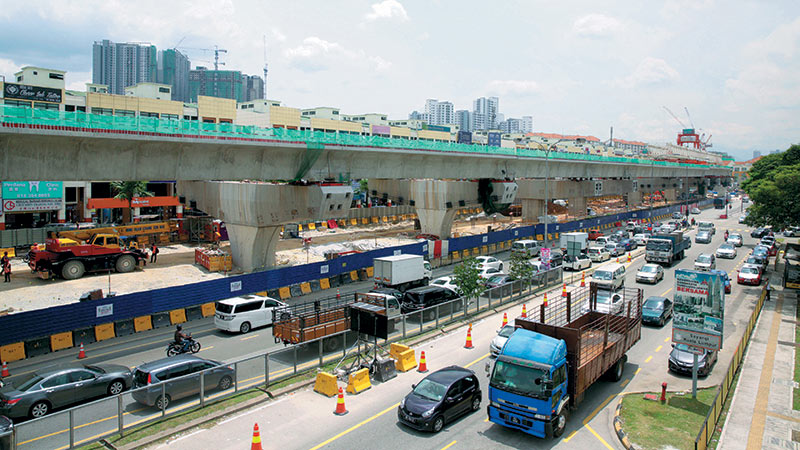 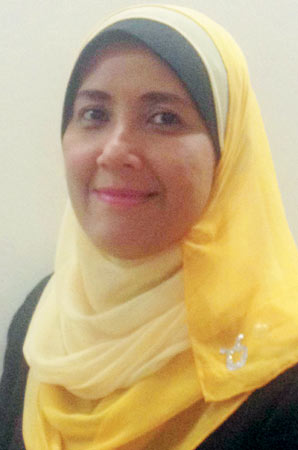 Saleha: Development orders have been given for transit-oriented developments near the MRT line and more are being sought Nawawi Tie Leung / Property Consultants 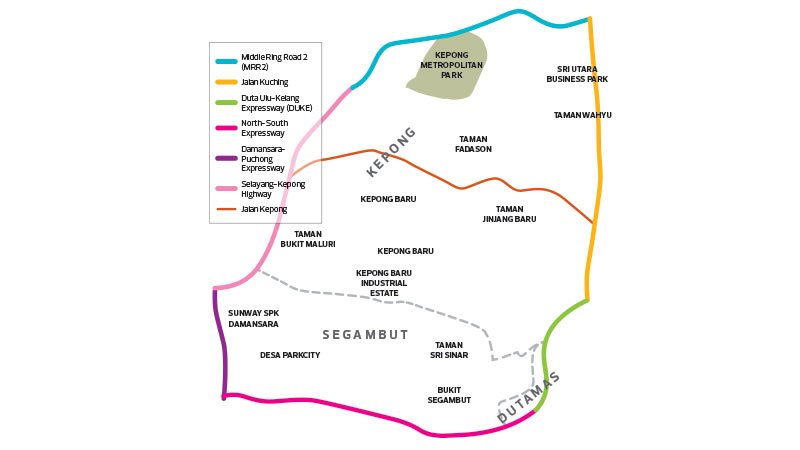 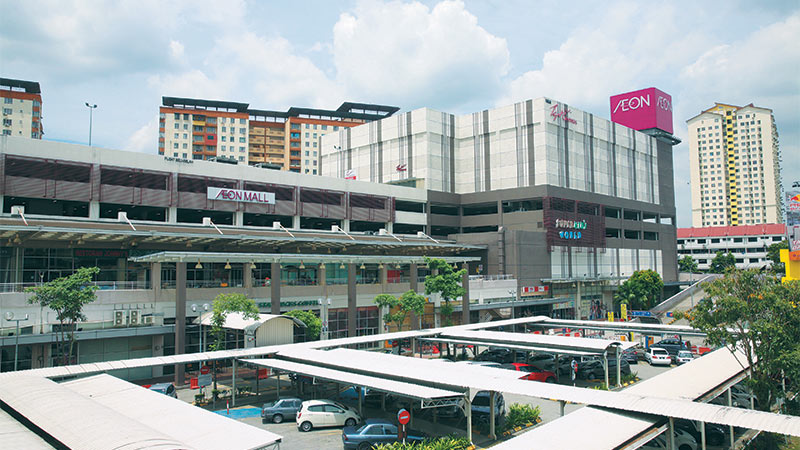 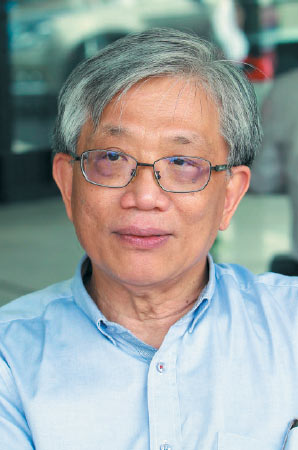 Tang: We will see a lot of strata-titled high-rise developments coming on the market Mohd Shahrin Yahya/The Edge 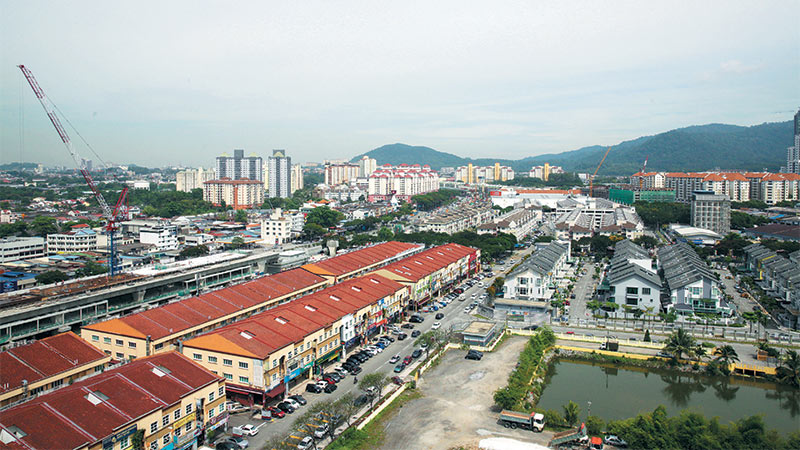 The area is mature with residential, commercial and industrial properties Sam Fong/The Edge 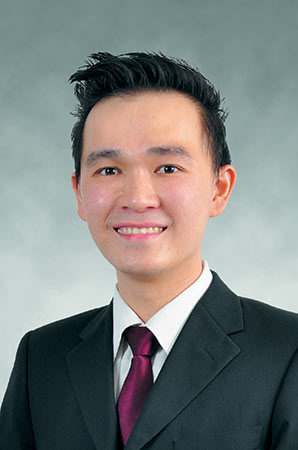 Lek: MRT2 is definitely the biggest game changer for the area /The Edge

When someone says he is from Kepong, the question that follows would probably be, “Which part?” It is impossible to cover every area, so we are only exploring the area bound by the Middle Ring Road 2 (MRR2), Selayang-Kepong Highway, Damansara-Puchong Expressway (LDP), North-South Highway, Duta Ulu-Kelang Expressway (DUKE) and Jalan Kuching. The area comprises Kepong in the north with Segambut and Dutamas to the south.

Located on the outskirts of Kuala Lumpur, Kepong is an old and mature area that was once a major tin mining town. The area got its name because it is surrounded by the Kabusan hills (now known as Bukit FRIM) — kepung means “surrounded” in Malay.

Due to the tin-mining activities, new villages were built to house a large Chinese population, which continues to be the largest ethnic group in the area today.

Amenities nearby include hospitals (ParkCity Medical Centre), local and international schools such as SJK (C) Kepong 3, The International School @ ParkCity and SMK Taman Bukit Maluri, shopping malls and hypermarkets such as Brem Mall, AEON Mall Metro Prima and Tesco, banks such as CIMB, Affin and Hong Leong and restaurants such as Restoran Pak Tong and D’Fortune Western Cuisine & Cafe.

The development that is creating a buzz in the area is the upcoming MRT Sungai Buloh Serdang Putrajaya (SSP) Line (MRT2). It will have five stations — Kepong Sentral, Metro Prima, Kepong Baru, Sri Delima and Jinjang — located along the main thoroughfare, Jalan Kepong, which connects the Jalan Kuching and Jalan Ipoh roundabout in the east to the Selayang-Kepong Highway in the west.

Nawawi Tie Leung Property Consultants Sdn Bhd research and consulting director Saleha Yusoff concurs, pointing out that development orders have been given for transit-oriented developments near the MRT line and more are being sought.

Savills Malaysia executive vice-president Lek Chay Tong says the direct impact of the MRT has yet to be seen as it is not fully completed. “However, it has raised property prices in the area. Unio Residence, for example, is achieving RM600 psf … a level that was difficult to imagine before the MRT,” he adds.

Property experts say traffic congestion, thanks to the growing population, has become a big issue in the area.

“Kepong is now highly populated and Jalan Kepong is one of the busiest thoroughfares. Road widening would help to improve traffic flow and MRT2 is expected to decrease traffic volume further, especially during peak hours,” says Saleha.

Under Kuala Lumpur City Hall’s (DBKL) Kuala Lumpur Structure Plan 2020, Kepong is within the Sentul-Menjalara strategic development zone, she says. “In line with DBKL’s vision of transforming Kuala Lumpur into a ‘World Class City’, there are plans to redevelop older parts in the zone … such as urban renewal and redevelopment of blighted areas and traditional villages. Perumahan Jinjang Awam Utara is one of the areas that has been identified for redevelopment to optimise land use.”

She adds that DBKL is also considering including in the development plans the measures to redevelop dilapidated industrial areas as well as upgrade the infrastructure and community facilities and utilities in the residential areas in the new villages in Jinjang North and Jinjang South.

Henry Butcher’s Tang notes that as the area is mature, land for development is limited and new landed homes will be scarce. “Instead, we will see a lot of strata-titled high-rise developments coming on the market.”

Landed house prices are picking up gradually, so people might prefer strata-titled property as it is more affordable, he adds. “This will indirectly provide some demand and price support for strata-titled developments.”

Meanwhile, Savills’ Lek says the Kepong area has a “low-cost stigma”, primarily because Jinjang was famous for its triad activities a few decades ago. “But major developments by prominent developers are on the cards for the area, and they are expected to change the landscape and perception over time.”

According to Saleha, the new villages are typically made up of extended families whereas new homes are generally bought by first-time owner occupiers.

Tang says residents are mainly from the lower-middle to middle-income groups, except for those in Desa ParkCity, who are from the middle to high-income groups. “Landed properties such as 1 and 2-storey terraced houses have always seen the highest demand. However, due to limited development land, there are more upcoming strata-titled high-rise property developments.”

Lek says about 30% of the residents are Chinese, which is above the national average, and most of the buyers of the latest high-rise property launches are Chinese as well. “Most of the recent demand was for the new high-rise residential launches, beginning with The Henge in 2015. This was mostly pent-up demand from nearby residents, as the area did not have many new launches before 2015,” he adds.

According to transaction records provided by Tang, units in Vista Mutiara Condominium on Jalan Kepong with built-ups of 950 to 2,000 sq ft were sold at an average price of RM240 psf in 2011 and RM430 psf in 2017.

Similar to new villages close to the city centre, Kepong and Jinjang have redevelopment potential as their overall land areas are sizeable enough for the development of townships, Saleha says.

“Redevelopment would offer residents a more liveable environment. Also, a comprehensive ecosystem that offers a variety of education facilities for people from all walks of life as well as social and cultural amenities could be created so that the area will be more vibrant,” she adds.

However, the biggest challenges are land issues and the residents’ willingness to accept changes, she says.

Tang points out that the Kepong area has more affordable houses, with single and 2-storey houses in the RM450,000 to RM600,000 price range. “They are still considered affordable, thus, it makes sense for people to buy and renovate them to suit their modern lifestyles.”

He also notes that the local authorities allow property owners to renovate and upgrade their single-storey houses into 2-storey ones due to the high property prices. “Renovating their house is cheaper than buying a new one.”

With the completion of MRT2, Kepong will become more accessible and attractive, he says, and with the newer developments, there will be more amenities to suit the current lifestyle of home buyers.

MRT2 is definitely the biggest game changer for the Kepong area, says Lek. “Coupled with the recently completed DUKE2 that reduces travelling time to the city centre and some large-scale developments by well-known developers such as UEM Sunrise Bhd (72-acre development by Kepong Metropolitan Park) and SkyWorld Development Sdn Bhd (50-acre development in Taman Fadason), we expect more vibrancy and external demand,” he says.