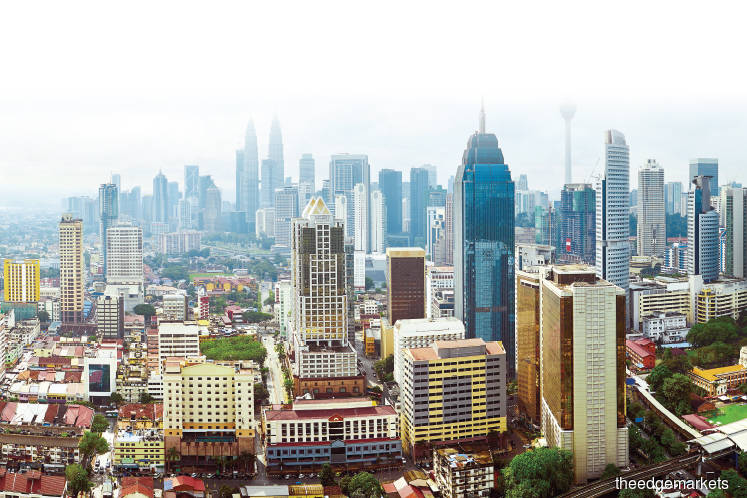 Sleepless nights – that would best describe the mental state of Alex, a property investor, these past few months. He had been optimistic about three years ago when he bought several properties on the advice of a “property guru”. Property prices will go up, you can enjoy bulk discounts and benefit from the rebates now, he was told. He was assured of great options for short or long-term rent to cover the mortgage, plus a lot of cash in hand.

The good days have come to an end and the promises have turned into a nightmare. With the current economic situation, what will it mean for Alex and his family if he is unable to service his mortgages when the six-month moratorium ends in September?

He is but one of many individuals going through such a situation.

In 2018, at a property talk, Frankie was enticed by an offer of a condo near Kuala Lumpur’s Chinatown. The speaker — dubbed a property guru in the marketing material — said it had “amazing Airbnb potential” owing to the location and proximity to public transport and tourist attractions.

The participants were told they could own a unit there at a much lower price, via a bulk deal, if they purchased the units from him, and that he would appoint a hospitality operator board to manage these units.

“At that time, the developer offered only a 15% discount for the condo, compared with the 20% the speaker could offer. So, I bought one unit, about RM1.1 million after the discount, with a friend. I didn’t plan to stay there; I bought it for investment purposes,” he tells City & Country.

(City & Country is unable to verify whether the discount mentioned was based on the same market price then.)

A year later, Frankie took vacant possession of the unit. After the documentation was done, he allowed the hospitality operator to rent out the unit — mainly on short-term rental platforms for tourists — as planned.

But things did not go as planned, however, when the hospitality operator was unable to honour its promises. In the end, Frankie and some of the other buyers got together to take legal action, regain access to their units and appoint another hospitality operator, which pays them a fixed monthly rent, to manage the units.

“Currently, owing to the travel restrictions, we have appointed another operator to rent the units to those who work nearby. The rent now is lower, but it is still better than nothing because we cannot force the previous operator to continue to pay us a fixed rent when there are no tourists ... that was the issue when we bought a unit with short-term rental in mind,” he says. According to Rahim & Co International Sdn Bhd real estate agency CEO Siva Shanker, the Covid-19 outbreak has become “more of a financial problem than a medical problem” and the Movement Control Order (MCO) has had a great impact on the economy.

He reckons that if people are let go, it will be hard to get another job soon. According to him,  there were many who “pretended to be property gurus, persuading people to buy properties they neither needed nor could afford”, and many marketing gimmicks when it comes to selling properties.

“They claim there will be an amazing capital return when the purchasers sell the property [that they recommend] when it is completed or there will be a fantastic rental return that is way above the monthly mortgage. Also, many developers have offered all sorts of freebies, including DIBS (developer interest bearing scheme), free furniture and fittings, and cash back,” he says.

“In fact, cash back is a prevalent trend now, where, in some cases, a purchaser can get back more than RM100,000 in cash when buying a property.”

This will enable people who don’t have money to buy properties based on pure speculation, he cautions.

“Most of all, these so-called property gurus have no credibility and they have done it in a way that is nothing more than a skim cepat kaya or Ponzi scheme,” he adds.

But it is not only investors with short-term rental properties to who are facing investment woes. Those with properties for long-term rental have also been affected. 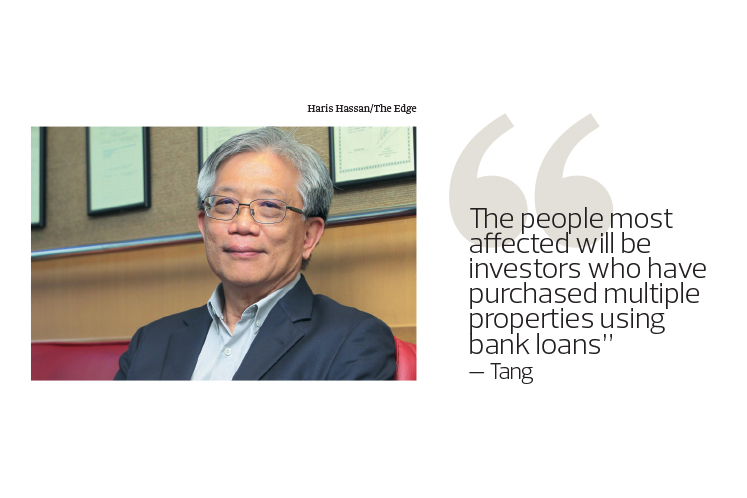 Rebecca owns a condo in Cheras that is near public medical centres and education institutions. The nearest MRT station is a 10-minute walk away and it is a 10-minute drive to the city centre on a good day.

Her previous tenants included nurses and pharmacists who worked at the medical centres and her unit is now leased to students at a nearby teachers’ training institute. As the tenancy agreement is coming to an end, Rebecca is concerned that it may be difficult to find someone else to take over.

“Now is the worst time to try and find tenants. My main target have been non-local medical professionals performing compulsory service at the nearby hospitals. As the government is focusing on battling Covid-19, I am not sure what the arrangement is for these people. The problem is that my company has just announced a pay cut for six months,” she says.

Rahim & Co’s Siva says that even before the pandemic, the country had been plagued by political instability, the US-China trade war as well as the Russia-Saudi Arabia oil price war, among other issues.

The pandemic and the subsequent MCO are undoubtedly the biggest test. The sustainablity of every company, regardless of the sector, is being tested by the severe business environment. Workers face the possibility of losing their jobs through retrenchments or business closures.

Even essential businesses such as grocery retailers have been affected by the MCO. In an interview with The Edge in April, Mydin Mohamed Holdings Bhd managing director Ameer Ali said thin margins and loss of Hari Raya sales were putting pressure on the company’s performance.

The initial stage of the MCO saw operation restrictions for non-essential businesses, shutting down a big portion of the economy. Malaysians have since become more prudent in their spending as they brace for stiff economic headwinds.

The government and Bank Negara Malaysia have taken measures to help Malaysians in this tough period. These include a lower overnight policy rate and an automatic six-month deferment, from April to September, for all loan/financing repayments for individuals and small and medium-sized enterprises. Despite these measures, however, many people are being affected, including landlords, as their tenants cannot afford to pay rent or decide to move out.

Owners of rental properties for short-term stays would be hit even harder as their properties are normally located in the city centre and thus cost more.

Property consultants say the Covid-19 pandemic has weakened the business environment, globally and locally, and that unemployment is on the rise. Some companies have closed down for good and others have offered their workers the option of a reduction in salaries in order to stay afloat.

They expect the situation, if it worsens, to lead to an increase in non-performing loans (NPLs),  especially after the six-month loan moratorium ends. Henry Butcher (M) Sdn Bhd chief operating officer Tang Chee Meng says as more people lose their jobs or have their pay cut, their ability to service their loans will be affected.

“This situation will lead to an increase in NPLs unless the affected workers are able to find replacement employment within a short period. This [problem] will start to manifest once the loan moratorium expires,” he explains.

“Both investors and homeowners will be affected, but the people most affected will be investors who had purchased multiple properties using bank loans. They now find it hard to service their loans because they are unable to rent out or sell the properties. Homeowners in the lower-income group who have been retrenched and are unable to find alternative employment or other sources of income will be another vulnerable group.”

“Investors will now see negative price appreciation and face difficulty in finding tenants. Coupled with job and salary cuts, we expect to see higher defaults in housing loans in the coming months, especially by those who bought for investment,” he says.

“The length and extent of damage caused by the pandemic is unknown … [Nevertheless], compared with the Asian financial crisis, banks are now better capitalised and more prudent in their lending. Even though there will be an increase in NPLs towards the end of the year, we reckon that it will be in single digits,” Wong adds. While they generally do not expect to see a sharp drop in property prices, the experts believe more properties will be put on sale in the next two years because of lacklustre economic conditions. Nevertheless, Wong says the increase in supply may not translate into a surge in fire sales, defined as “an urgent sale with a discounted price below market value by a seller who is in financial distress”.

“There may be some fire sales, but it will not be widespread.  As a result of an increase in NPLs, we expect there will be more properties put up for auction after the loan moratorium ends, especially high-end, high-rise residential and commercial properties such as serviced apartments, retail and shopoffices,” he says.

“We also expect property prices to drop to a maximum of 10% to 15% in general. We are not expecting a crash in the property market, as predicted by some property gurus.”

As more than 66% of the overhang in property is in the condominium/apartment and serviced apartment as well as the SoHo (small office home office) categories, and developers are eager to unload the unsold units, Wong expects prices in these two categories to fall further this year.

He notes that this provides an opportunity to purchase such properties at reduced prices.

“Investors should focus on smaller units, preferably those priced RM500,000 and below, that are easier to sell and rent … We also foresee more auction properties this year, so there will be opportunities to buy such properties at bargain prices and resell later,” he says.

Investors are also advised to re-examine their existing property portfolio and consult their consultants on restrategising — just like what stock market investors do.

Siva notes that the next nine months would be a good time — for investors, not speculators — to pick up properties. Investors are those who analyse the market, calculate the risk and are prepared to hold the properties for the long term.

He explains that the market has been depressed for the past three years and prices have been low. The lacklustre conditions will see some owners putting their properties up for sale at a lower price than they were asking for a few months ago.

“Long term means a period of at least five years. Normally, 10 years is a fairly decent time to hold on to a property. Be careful of what you buy, weigh your decision with good research and know the market,” Siva says.

“Post-MCO, I think short-term rental options will continue to be badly affected because travellers might not want to stay in a place if they do not know who has stayed there the night before and whether disinfection has been carried out properly ... now,  you will believe more in proper hotels doing sanitisation works instead.

Operators running a whole building for short-term rentals with hospitality services may survive, but that is not the case for the individual owners.”