Cover Story: Pressure ahead for REITs with high exposure to KL office space 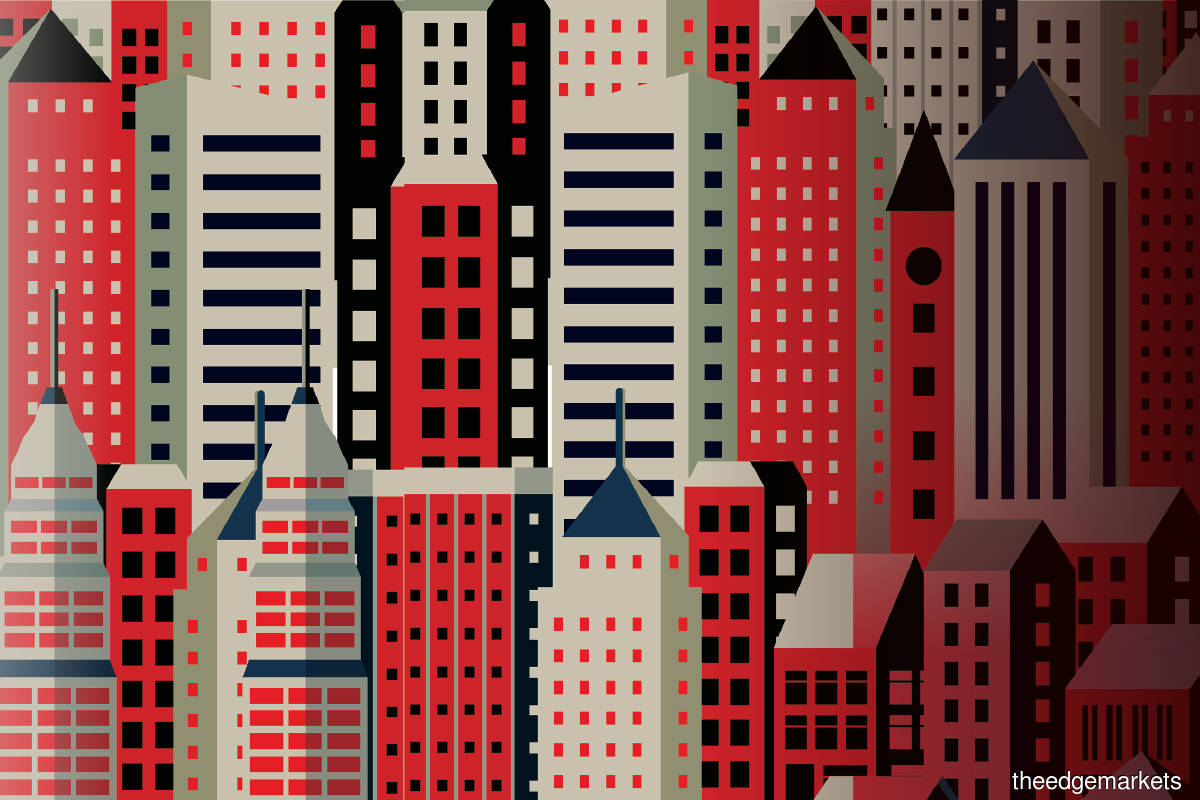 This could be attributed to the relaxation of the Movement Control Orders and the transition into endemicity starting March. With workers returning to work at offices, and malls and hotels allowed to operate without restrictions, investors are betting on commercial REITs.

Judging from the unit price movements, commercial REITs with large office exposures in city centres are still favoured by investors, with the exception of Sentral REIT, whose assets in KL Sentral — considered to be KL fringe by real estate firms — constitute 64% of the REIT’s asset value.

On the other hand, IGB Commercial REIT, which owns office buildings in the MidValley City development — which is often considered the fringe area of KL by real estate firms — has seen its unit price dwindle by 16.13% since its listing on Sept 20, 2021.

The lacklustre performance of IGB Commercial REIT could be attributed to its occupancy rate. As at end-June 2022, the REIT’s portfolio occupancy rate stood at 79%, lower than the 86% at end-2021.

While the location of MidValley City can hardly be considered as bad, it is not within the city centre, where multinational corporations prefer to set up their local or regional headquarters and services. IGB Commercial REIT does have properties in KL city centre, but these are old buildings.

For its second quarter ended June 30, 2022 (2QFY2022), IGB Commercial REIT said the occupancy rate of all three of its city centre assets — Hampshire Place Office, Menara Tan & Tan and GTower — were lower than in 2020. For its assets in MidValley City, all of the office buildings have lower occupancy in 2Q2022 compared with 2019, 2020 and 2021, except for Southpoint Properties, and Menara IGB and IGB Annexe.

What sets KLCCSS apart is that its assets are mainly occupied by the Petronas group of companies. For example, Malaysia Marine & Heavy Engineering Holdings Bhd and MISC Bhd are headquartered in Menara Dayabumi, even though the building is already 38 years old.

Note that KLCCSS is majority owned by Petronas.

While Sentral REIT’s unit price performance has been commendable so far this year, last Friday, the counter fell 2.48% to 98.5 sen per unit. This could be because the unit price had breached the RM1 level on Thursday.

RHB Research analyst Loong Kok Wen has a neutral call on Sentral REIT, with a target price of RM1, while Kenanga Research’s analyst Marie Vaz has a lower target price of 87 sen per unit with a “market perform” call.

Hong Leong Investment Bank Research’s analyst Farah Diyana Kamaludin, in a note dated May 13, 2022, called for a buy on Sentral REIT with a target price of RM1. These target prices and calls were made after Sentral REIT announced its 1QFY2022 financial results.

In a May 13, 2022 note, RHB’s Loong says that she cut the outlook for Sentral REIT to neutral with a lower target price of RM1 (from RM1.02) due to the adjustment to her cost of equity assumption, in view of the recent interest rate hike.

While the downgrade to neutral was due to the adjustment to cost of equity, Loong also notes in her report that she is cautious about the risk of occupancy of Sentral REIT’s assets being less stable this year, as tenants re-evaluate their working arrangements, and due to the incoming supply of office space that will intensify the competition in the office space market.

“The anchor tenant in Wisma Technip, which had been progressively moving out, completely reconsolidated its operations to another building in the quarter, leaving the building’s current occupancy level at only 50%.

“In addition, a key tenant’s tenure in QB3-BMW also ended, causing the drop in the blended occupancy rate,” says Loong in the report. However, she adds that Sentral REIT’s strategically located prime office buildings, such as Platinum Sentral and Menara Shell, should remain competitive for the REIT.

In terms of lease reversions, Loong is also cautious on it dipping into negative territory, as Sentral REIT could be focusing on retaining tenants this year. She adds that over 30% of the leases up for expiry in FY2021 were not renewed for Sentral REIT.

Its blended occupancy rate also fell further to 78% in 2QFY2022, compared with 91.7% in 2QFY2021. At press time, it was not known whether analysts, including Loong, Vaz and Farah Diyana, would revise their respective calls and target prices on Sentral REIT.

Sentral REIT’s declining occupancy rate reflects the oversupply situation and the imbalance in the types of office space in KL, with many older buildings being left behind while newer buildings are being constructed and completed.

“The recent completion of a few mega projects has pushed the overall vacancy rate (of KL office space) in a range of 20% to 22%, and it is expected to increase next year with more developments scheduled for completion,” says Foo Gee Jen, chairman of CBRE | WTW.

“However, it is the old buildings that are mainly impacted. This situation may reduce the attractiveness of the investment from an overall perspective.”

This being the case, commercial REITs with large exposure to office buildings could start to feel the pressure of rising vacant office space and the imbalance in the demand and supply of newer and better equipped offices in KL.