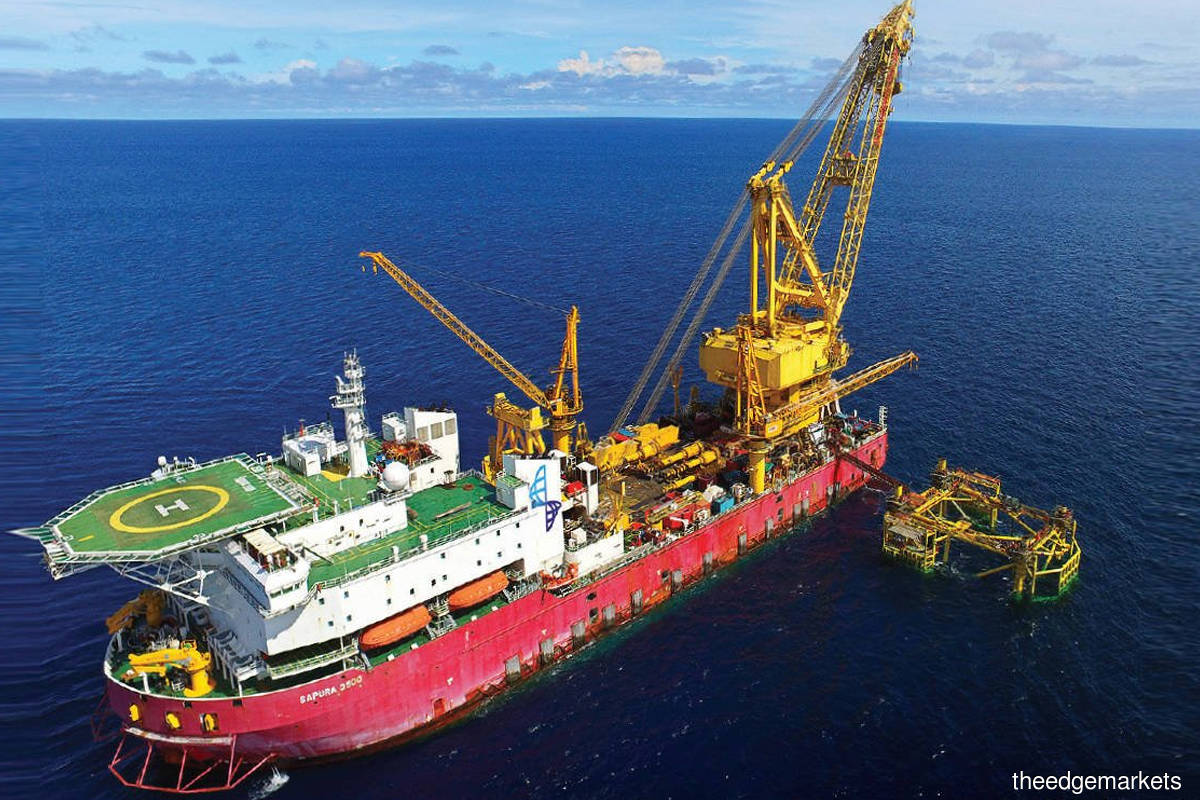 IN September 2018, debt-ridden oil and gas company Sapura Energy Bhd announced that Permodalan Nasional Bhd (PNB) had committed to taking up any unsubscribed rights shares, which would nudge the state-controlled unit trust company’s shareholding up to 40% and make it the largest shareholder of the company.

In a nutshell, PNB forked out RM2.67 billion in what was considered by many as a lifeline to Sapura Energy.

Considering that Sapura Energy’s stock is now trading below the 10 sen band, PNB is sitting on a huge paper loss, with its 40% stake in the oil and gas company having a market value of only RM400 million. PNB, via its various funds, also has more than 98% of Sapura Energy’s RCPS-i, which is currently trading at 10.5 sen.

On its paper loss, PNB president and group chief executive Ahmad Zulqarnain Onn says, “I do wish to highlight that it is actually a very small investment. At current market price, it is actually less than 1% [of PNB’s total assets under management, which stood at RM337 billion at end-October]. “Having said that, we work quite closely with the board and management in terms of what their needs are, relative to the challenges that they are facing, and there’s constant communication ongoing between ourselves and Sapura.”

While PNB’s investment in Sapura Energy may not be substantial in terms of its asset size, the oil and gas company is often in the news for all the wrong reasons, including its weak financial results. This is despite oil prices having gained almost 60% year to date to US$82.42 per barrel at press time.

In its notes accompanying its financials, Sapura Energy says the bleeding was a result of “provisions for foreseeable losses and higher project costs incurred for certain projects during the current quarter”.

But this is not new. In the last 10 financial quarters, it only managed to post a profit in three of them, and had RM6.24 billion in accumulated losses as at end-July 2021.

Sapura Energy’s cash and cash equivalents stood at RM695.74 million, which is worrying considering that its short-term debt commitments were a whopping RM10.88 billion. However, in March, the company refinanced its borrowings and secured a RM10.3 billion facility from a consortium of banks. With this facility, its loans were extended by a seven-year quantum.

Nevertheless, Sapura Energy’s finance costs for the six months ended July came in at RM274.76 million, which indicate annualised interest payments on borrowings could be close to a massive RM550 million a year.

Much of its borrowings came about after it undertook several large acquisitions. In April 2013, Sapura Energy acquired the tender rig business of Seadrill Ltd for US$2.9 billion (RM8.78 billion at the exchange rate then) and in February 2014, it acquired Newfield Exploration Co’s Malaysian assets for US$895.9 million (RM2.83 billion at the time of acquisition) which, among other acquisitions, resulted in the company racking up debt.

The company’s order book in mid-2014 stood at RM30 billion and oil prices, which were already high at US$110 per barrel, were speculated to strengthen further. However, oil prices tumbled to less than US$40 per barrel by end-2015, teetered at US$26 per barrel in February 2016 and fell to US$20 per barrel in April last year.

In contrast to its heyday, Sapura Energy’s order book now stands at RM7.5 billion. While it cannot be denied that the company racked up borrowings as part of its expansion plans, in its defence, it did make some gains from the acquisitions.

Sapura Energy insiders also say the company made a lot in dividends from the acquisitions.

On whether PNB will participate in any future fundraising initiatives at Sapura Energy, in the event of cash flow issues or if there is further need of recapitalisation, Ahmad Zulqarnain is non-committal.

“We will evaluate on a case-by-case basis. Datuk [Mohd] Anuar [Taib, Sapura Energy’s executive director and CEO] has gone on record to say they will be looking at asset sales to bring down the leverage, and that is something we are in agreement with — the decision by the board on that — and they are working on many ways and means to raise cash themselves by looking through the contracting terms and so on,” he says.

“From our point of view, we are supportive and we are letting the current management work through these issues. And from time to time, they will be discussing with us whatever needs they have.”

Sapura Energy’s downward spiral is often linked to its growing at such a fast pace. Some say it bit off more than it could chew.

In early April 2014, Sapura Energy’s market capitalisation stood at RM28.5 billion and it was the second-largest integrated oil and gas service provider in the world, behind Italian giant Saipem SpA.

Most oil and gas industry executives and the analyst fraternity who cover the stock are sceptical about a revival of Sapura Energy’s fortunes.

Nevertheless, Ahmad Zulqarnain says, “We have very strong belief in the board and the leadership team that’s in place right now, in working through the challenges they are facing.”