Cover Story: Pawnbroking a lifeline for the underbanked 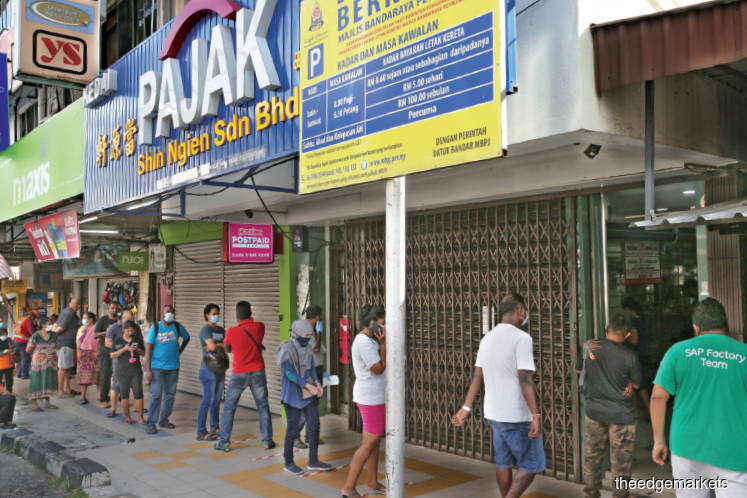 PICTURES of beelines outside pawn shops all over the country that went viral early last week have brought to focus the role they play in the financial system serving the underserved, especially at this critical time.

“During this period of heightened economic uncertainties, B40 households are expected to face tight cash flows due to pay cuts or lesser income earned as some of them are daily rate wage earners,” says Lee Heng Guie, economist and executive director of the Associated Chinese Chambers of Commerce and Industry of Malaysia’s Social Economic Research Centre.

“Past economic downturns have forced low-income borrowers to turn to pawn shops and other forms of unconventional emergency lending. Pawn shops are most critical at these moments in time when things are disrupted,” he explains.

The sector is governed by the Pawnbroking Act 1972, and according to an industry source, there are around 1,500 conventional and Islamic (Ar-Rahnu) pawn shops in the country today.

Pawn shops have existed in the country since 1871, when the Pawnbrokers Ordinance was introduced by the British to regulate the business. Today, the industry offers an alternative financial product for the lower-income group and small businesses, which usually have limited capital or have been excluded from the mainstream financial system, Lee says.

“Pawn shops are providers of unconventional financial services to a population that is often underserved by lenders in towns, and in rural areas outside major towns and cities. Pawn shops traditionally provide cash to some who live pay cheque to pay cheque, or live on little savings, accepting something of equal value to the loan as collateral,” he adds.

Often, the B40 households are the main customers of pawn shops as they have been investing a little of their savings over the years on gold and jewellery as well as precious stones as a form of capital preservation.

On average, the licensed holders of pawn shops have 500 clients per month, pawning between RM500 and RM1,000 worth of jewellery — usually at 80% of their retail price — as collateral value per customer. This works out to 750,000 clients per month, based on the estimated 1,500 licensed pawnbrokers throughout Malaysia. It translates into an annual value in pledged assets amounting to RM4.5 billion, based on an average pledge value of RM500 per customer.

Interest of 2% a month or 24% per annum is charged on the loans.

On the long lines seen outside pawn shops since the implementation of the Conditional Movement Control Order, Lee says there are three possibilities for the phenomenon.

With pawn shops closed during the MCO, their customers were not able to make loan payments with interest within a specified period. Hence, there could have been a rush to pay the loan payment and interest due on the maturity of the loans — typically six months — once the MCO was eased and pawn shops were allowed to operate. Loans can be extended by a period of not less than three months, with interest.

A second possibility is customers queueing up to redeem their pledged assets while a third could be customers looking to pledge assets for immediate cash needs.