Cover Story: Optimism in a sea of bad news 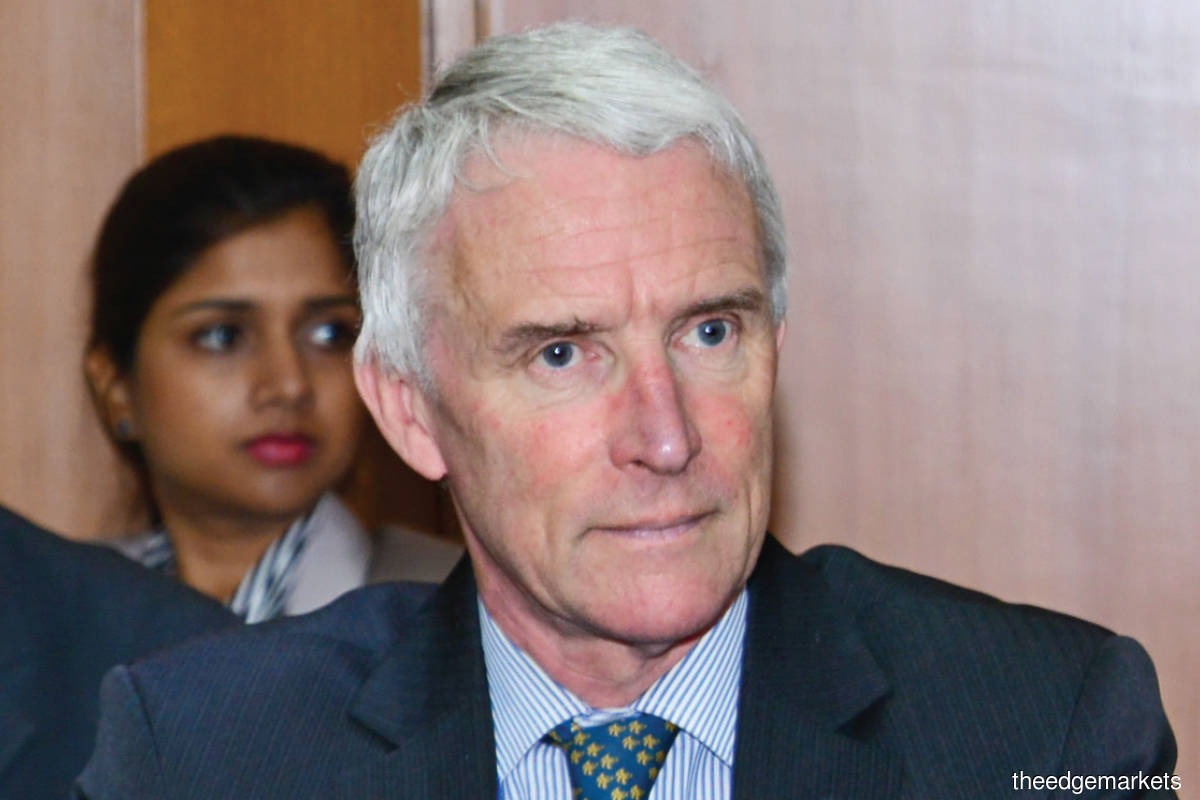 Murphy: You have a big problem, you don’t ignore it but you try to solve it. As scientists, that’s what we do.

DESPITE the constant negative publicity on palm oil, Denis J Murphy, Professor of Biotechnology at University of South Wales in the UK, is optimistic that oil palm can become one of the world’s leading crops.

And he sees better days ahead for the crop as scientists use technology to improve the palm tree’s physiology, yield and nutritional value. Using gene editing tools, namely CRISPR and biotechnology, Murphy is confident that new breeds of oil palms will overcome the many issues the crop faces now.

With limits on land expansion, the way forward is through biotechnology to create breeds of palms with higher oil yields. Biotech is also the answer to a healthier oil by lowering its composition of saturated fats (palmitic and stearic acids) and raising its unsaturated fats (oleic acid) content. And there are two ways to achieve this, according to Murphy: by genetically modifying palm or through marker-assisted selection in the breeding process using DNA markers.

“That means oil palm will have two things that you want that makes it such a perfect crop — very high yield and low-environmental footprint in terms of land use — and then you have all the oil seed crops that have high unsaturates. Well, palm can be too. How soon? By the end of the decade,” he tells The Edge in an online interview.

On the industry’s dependence on foreign workers, Murphy again sees the solution in biotech. A firm believer in mechanisation, he says there have not been enough incentives for the industry to come up with a better solution than the Cantas oil palm motorised cutter.

“People set their sights too low. The migrant labour has been available and it’s cheap. If you say in two years’ time, you have to pay RM10 an hour, you’ll find a solution very quickly. With any technology, you need to have a stimulus for the right people to invent something. It will happen because I have seen it in other industries,” he says.

Murphy cites the espalier or dwarf apple tree and wheat as examples that the oil palm can emulate, noting that wheat grew up to two metres prior to the Green Revolution, compared with just 40cm now.

Palm is also a perennial crop, which means that once planted, the land is left undisturbed for 25 to 30 years. On the other hand, other oilseeds such as rape are annual crops, which require higher usage of chemical fertilisers.

With all the bad news surrounding palm oil, many are not aware of the role its by-product, PKO, is playing in the Covid-19 pandemic. This is because palm oil has always been the main focus of the industry while PKO makes up only 10% of the market.

“It’s sort of a Cinderella product, nobody really notices it,” says Murphy.

While he hopes PKO’s positive role is given due recognition, he says the story should be highlighted by the producing countries in their dialogue with NGOs. “But it should be led by NGOs, academics — people who are independent.”

And producing countries need to be subtle in managing the messaging and also accept some of the realities concerning palm oil.

“First of all, there was denial. They didn’t accept that palm was causing these negative consequences. There was an interesting development where they said it’s [a] kind of colonialism and Europe was deliberately targeting palm oil because it’s competing with rapeseed oil, which is produced there. That wasn’t really true,” says Murphy, adding that there were real concerns over the environment in terms of the negative effects on wildlife and the release of greenhouse gases that was against European regulations on biodiesel.

While the use of palm oil in biodiesel started with good intentions — a renewable energy to replace fossil fuels — users soon realised that using food for oil was causing prices of corn and other food crops to go up while forests were being destroyed as planting expanded.

“Within five years, there will be no biodiesel from palm oil in Europe; it will be history. Malaysia gets angry about that and talks about neo-colonialism but it’s more complicated than that,” Murphy explains.

He advises palm oil producers to get rid of the persecution complex and points out that NGOs also speak out against the killing of whales in Japan and the working conditions in the garment industry in Bangladesh, among others. They need to mount various campaigns to stay in the public eye to get funding.

He also points out that most Europeans do not care about palm biodiesel but they do care about the orang utan, which have been used successfully by NGOs in their campaigns against palm oil.

“That’s why when I go to a class of 18-year-old first-year students, and ask them what they know about palm oil, they all say it’s bad. At the end of the lecture, it’s a different story because I tell them what the real situation is,” says Murphy, an expert in plant biotechnology, genomics, molecular and cell biology and bioinformatics.

Murphy, who is a fellow of the Royal Society of Biology, adds that ordinary people in Europe listen to NGOs not just because of their smart and emotional campaigns but also because they see NGO workers as just ordinary people, often locals. Nevertheless, opinions have started to shift, albeit very slowly.

Citing the success of a few local zoos in Europe that are changing the negative perception of palm oil, the scientist, who has advised the Malaysian Palm Oil Board and worked with Malaysian universities on palm oil, says the process has to start at the grassroots level.

“We’re saying yes, there’s been some bad stuff happening but now there isn’t an alternative. We can have sustainable palm oil, and the zoos are helping with their publicity campaigns,” says Murphy.

However, he is concerned about allegations of sexual harassment and assault against women workers in the palm oil industry as reported by the Associated Press last month and says there must be a thorough investigation by trusted independent experts, coordinated by the government.

“It is difficult to know whether this is part of a broad anti-oil palm campaign or a genuine scandal reported by whistleblowers with good intentions. We should remember that similar allegations, some of which have been proved correct, have been levelled against other industries where there is a vulnerable female workforce,” he says.

In changing his students’ perception of palm oil, Murphy starts by telling them the origins of oil palm in Africa and how it was brought to Indonesia and Malaya by the Europeans from the mid-19th to early-20th centuries. Together with rubber, oil palm was cultivated as a colonial enterprise, although the major expansion happened in the 1960s when the latter displaced the former.

Oil palms did not expand into the forests initially because they replaced rubber trees when rubber prices collapsed. But when demand grew from Europe and then China, more land was needed.

Much has been destroyed to feed the world’s growing population and certainly some plantations were badly managed or created illegally, but what can be done now?

“Stop expanding, and you can say, ‘What about recreating the forests?’,” says Murphy. “That’s like telling us in Europe, don’t grow any food anymore, just have oak forests, because we had that 2,000 years ago. You can’t do that because we have to feed the people that we have now — seven billion people. Then it becomes an issue of managing,” he adds.

This is where he tells the students about managing the ecology, the smallholders and farmers, and ensuring the welfare of the plantation workers. He also tells them that science is the answer to the various issues faced.

“The final thing is climate change … We know that climate change will affect the crop. Then, you have to make sure the plant is more drought-tolerant. We can’t control climate change but we can certainly mitigate it,” he says.

Murphy notes that young people are open once they know they are not being indoctrinated and, similar to the Covid-19 pandemic, they see that the way out is through science.

“You have a big problem, you don’t ignore it but you try to solve it. As scientists, that’s what we do,” he concludes.