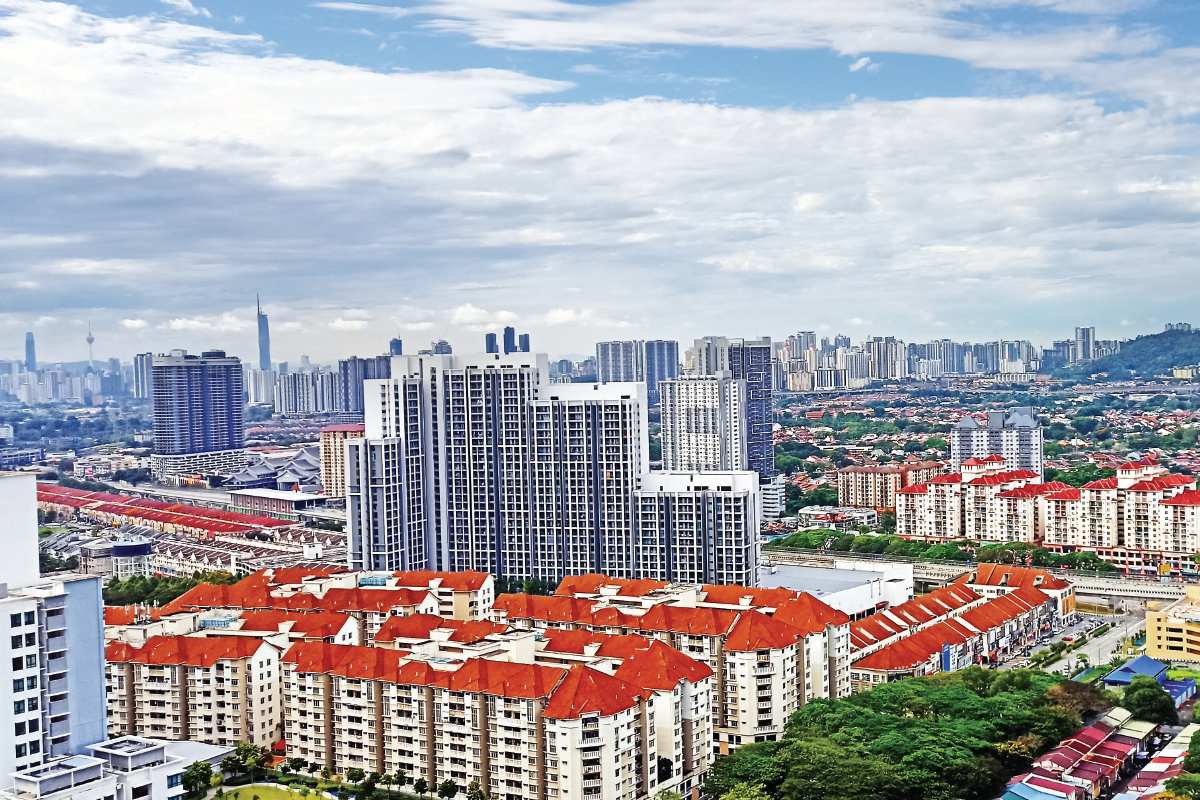 Kepong, which sits on the border of Kuala Lumpur and Selangor, is an older and more mature neighbourhood in KL. It is densely populated and offers a vibrant mix of residential and commercial developments.

As Kepong is a relatively big township, for this article, we focus on northern Kepong, which is bounded by the Middle Ring Road 2 (MRR2),

From tin mine to popular neighbourhood

Henry Butcher (M) Sdn Bhd chief operating officer Tang Chee Meng says Kepong started off as a tin mining area in the 1800s. Some parts were later turned into rubber plantations during the rubber boom. At the height of the tin mining era, many migrants from China were brought in to work in the mines and till today, Kepong remains a predominantly Chinese neighbourhood.

“During the British Malaya era in the 1950s, Chinese new villages were set up by the British to curb the influence of the communists, and they were established in Kepong too. After independence, the area grew and many new housing schemes were developed to cater for the growing population,” relates Tang. Khong notes that the northern part of Kepong will see massive changes over the next decade with the development of new projects by the likes of UEM Sunrise Bhd and Mah Sing Group Bhd. Some are large-scale master-planned products that will change the skyline and enhance the cityscape of the area.

According to Tang, the demand for properties in the area has been encouraging and comparable to that in neighbouring areas such as Sentul, Bandar Sri Damansara, Batu Caves and Taman Wahyu. This, coupled with the completion of DUKE 2, which will reduce travelling time to the city centre, and changes in the development landscape owing to the sizeable projects, will make Kepong more vibrant and improve demand for new real estate once the pandemic is over, he predicts. The upcoming Putrajaya Line (MRT2) will be a big game changer as it is expected to enhance accessibility in the area, says Khong. “It will have five stations — Metro Prima, Kepong Baru,  Sri Damansara Timur (formerly Kepong Sentral), Jinjang and Sri Delima — located along the main thoroughfare of Jalan Kepong, which connects the Jalan Kuching and Jalan Ipoh roundabout in the east to the Selayang-Kepong Highway in the west. These stations are due to be operational in the second quarter of this year.”

Developments in the area

According to Khong, some of the newer developments in the northern part of Kepong are UEM Sunrise’s Kiara Bay, and the recently completed The Henge by Aset Kayamas Sdn Bhd and Mizumi Residences by Wawasan Metro Bina Sdn Bhd.

“The local pent-up demand is strong and the earlier market peaks were core reasons for the excellent sales rates for The Henge and Mizumi Residences. Not many new products were offered for sale in the local market and these projects stepped in to fill the vacuum,” he says, adding that Kiara Bay has a competitive edge because it is by a reputable developer, and has comprehensive planning, accessibility and proximity to various amenities. Tang says recent residential projects in the area are well planned and of better quality, and are affordably priced compared with other established areas like Mont’Kiara and Desa ParkCity. “It also enjoys easy accessibility to Kuala Lumpur, Petaling Jaya and other parts of the Klang Valley via roads and highways such as Jalan Kuching, Jalan Kepong, MRR2, DUKE, the North-South Expressway, Selayang-Kepong Highway and Damansara-Puchong Expressway.”

Kiara Bay is a 73-acre integrated township comprising residential, commercial and retail components, and located adjacent to Kepong Metropolitan Park. Its first phase, Residensi AVA, was launched in November 2019. The project comprises 870 residential units in two 41-storey towers. Tang says that the units with built-ups of 813 to 1,285 sq ft are going for RM560,000 to RM980,000, and are slated for completion in 2025.

Meanwhile, the 80-acre Lake City — located near the Sri Delima MRT station and Taman Wahyu KTM station — will comprise residential, commercial and retail components. Tang says that its first phase, Aradia Residence @ Lake City, consists of three 43-storey towers with a total of 1,003 serviced apartments. Priced from RM360,000, the units with built-ups of 567 to 1,687 sq ft are expected to be completed next year.

Both Tang and Khong are of the opinion that these new developments have enhanced the built environment and upgraded the image and appeal of the area, moving towards high-rise and high-density strata formats.

“With these developments coming onstream in the future, there will certainly be added pressure on the existing road networks and this will lead to a worsening of traffic congestion in the area. As such, some of the roads should be widened and traffic flow at busy road intersections/junctions improved to clear bottlenecks and smoothen traffic flow,” Tang suggests.

On a positive note, Khong points out that the completion of new infrastructure such as DUKE 3 and MRT2 will help to ease the situation and spur more development and redevelopment in the neighbourhood. Tang says that the quality of projects launched in Kepong in recent years has improved in terms of concept, design, landscaping, specifications and price point as the developers have made an attempt to upgrade the built environment and overall image and positioning of the area. With these developments, the outlook for the property market in Kepong appears promising in the mid to long term.

Khong opines that newer developments in the vicinity of Kepong Metropolitan Park such as Kiara Bay will continue to improve the landscape and image of the Kepong area over the next decade. Prior to this, projects in the township were generally sporadic and haphazardly developed as smallish, standalone schemes. They were undertaken by many small local developers without co-ordination, which did not have a positive impact on the landscape of neighbourhood.

The upcoming MRT2 will also create more buzz in the neighbourhood. Khong foresees improvements as Kepong becomes more strategically connected to major new job centres like the Tun Razak Exchange, KL city centre and beyond. This will contribute to more in-migration and indirectly rejuvenate the entire area in the long run from a new redevelopment angle.

“Kepong lies at the fringe of the city centre and is strategically located within the city limits. With substantial improvements from the infrastructure angle, much of the older and blighted areas in the vicinity will be due for some ‘highest and best use’ redevelopment,” adds Khong.