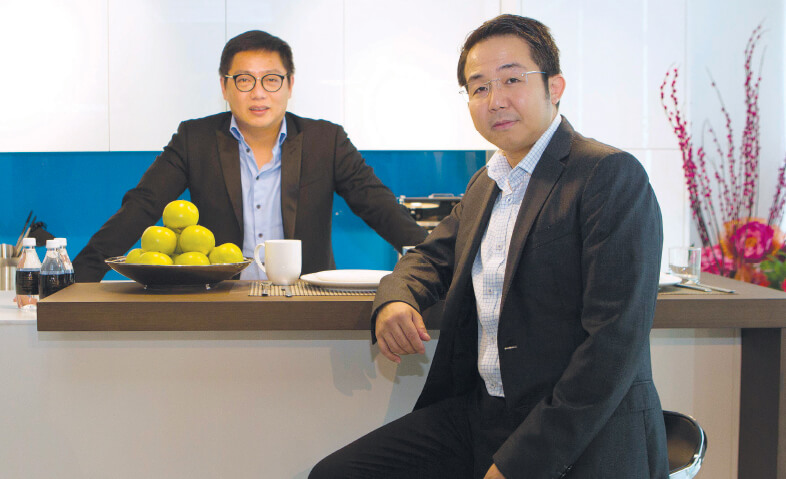 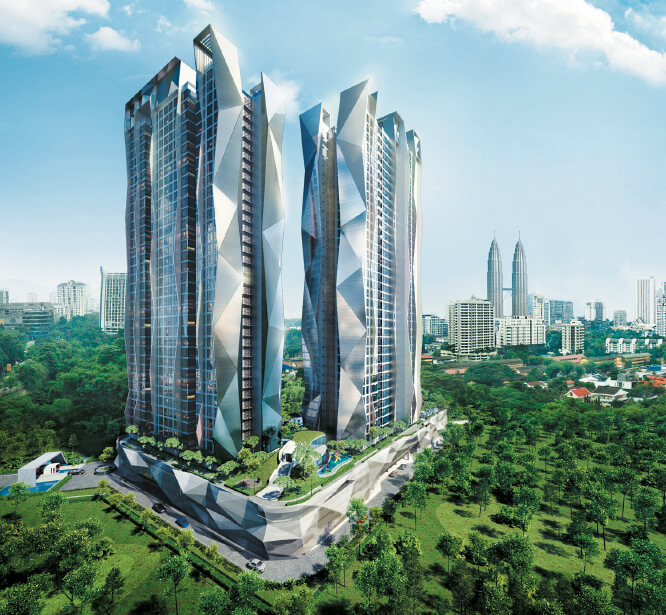 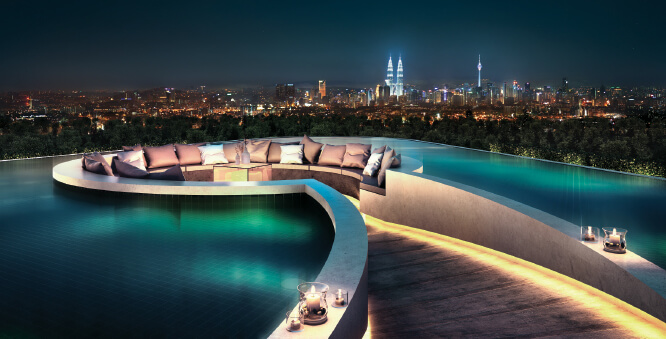 PRG Holdings Bhd is fairly new to the property industry. Formerly known as Furniweb Industrial Products Bhd, the company was manufacturing furniture products before diversifying into property development and construction in 2014.

In the same year, Datuk Seri Yeoh Soo Ann, the former head of property outfit Encorp Bhd, emerged as the largest shareholder of the company. It was subsequently renamed PRG, short for Premier Group, to reflect the group’s ambition of expanding its revenue base, and Yeoh was appointed an executive director

After PRG launched its maiden project — the 3.93-acre Picasso Residence — in Jalan Ampang, Kuala Lumpur, Yeoh was no longer a substantial shareholder of the company. Executive director Datuk Lua Choon Hann then became the single largest shareholder and was appointed the group managing director.

A luxury condominium, Picasso Residence comprises two 38-storey towers with a total of 472 units and has a gross development value of RM800 million. Targeted at investors and prospective homebuyers, the condos are 1,013 to 2,407 sq ft in size and are priced from RM950 psf. According to Lua, 65% of the units have been sold.

The development, which is scheduled to be completed next year, is accessible via the Ampang–

Kuala Lumpur Elevated Highway, DUKE Highway and the Kuala Lumpur Middle Ring Road 2. It is also in the vicinity of several LRT stations.

Lua tells City & Country that PRG has spent the last few years growing and stabilising its new business and is now at a stage where it wants to engage the market with more housing projects, both luxury and affordable.

“They were looking at whether we would survive our first project. The banks too saw us as a first-timer just because we were new to property development. We generated funds internally, from the manufacturing side, [for the new business] and we coped with the hardship. The hard times are over and we are ready to move on to the second stage.”

While the first stage involved a luxury project, Lua says going forward PRG will be doing mostly affordable housing as “its risk appetite is not that big”.

In September last year, the developer announced that it had teamed up with Syarikat Perumahan Negara Bhd (SPNB) to jointly develop RM5 billion worth of affordable housing. These projects will be undertaken by their joint-venture (JV) company Premier Aspirasi Development Sdn Bhd, in which SPNB unit SPNB Aspirasi Sdn Bhd (SASB) will hold a 51% stake while PRG unit Premier JPC Sdn Bhd will hold the rest.

Lua says SPNB has identified more than 20 sites for affordable housing and that the partnership will allow both parties to develop the sites on a per project basis. “In this partnership, PRG will source its own funds, acquire the land [from SPNB], put it in the JV company and develop it. We are also doing the sales and marketing. It is a win-win situation.”

PRG also plans to include its JV partner,

In July, PRG signed a collaborative agreement with JPC to form Premier JPC to jointly undertake infrastructure, property and construction jobs in Malaysia and internationally.

Under the agreement, PRG will source for infrastructure, construction, project financing, and property development projects while JPC will invest, finance and undertake the projects and contract works secured by PRG.

These projects are not limited to the JV developments with SPNB, according to Lua.

Lua reckons that while SPNB’s projects worth RM5 billion will be able to sustain the developer for several years, PRG is also looking at developing its own projects.

“Compared with Picasso Residence, SPNB’s projects are of a different category, where the profit margin won’t be as high but we are comfortable with it.

“Picasso Residence will be recognised in the company’s accounts soon and as our gearing is low at 0.18 times, we still have room to increase our borrowings for more projects.”

PRG is also working on a project in Subang Bestari Seksyen U5 in Shah Alam, Selangor. To be launched by the first quarter of the year, the affordable apartment project is being jointly developed with Baycity Park Sdn Bhd via their 51:49 JV company Premier Baycity Sdn Bhd. The 6.48-acre project will offer 650 apartments that are 800 to 1,000 sq ft in size and are priced below RM500,000.

Datuk Alex Wee, PRG’s managing director of property and construction, notes that the project will have a Rumah SelangorKu block and an apartment block. With a gross development value of RM250 million, the leasehold project will feature an eco-green concept.

“We did some research and we have made sure that this is an easy sell with reasonable pricing,” Wee says. “Looking at Picasso Residence, we are confident that this project can sell well because we are offering what the market wants. We are in a more comfortable position because the Subang Bestari Seksyen U5 project is more of an affordable housing type, for which buyers can obtain loan facilities more easily. This is the market we are adapting to right now.”

In 2016, 70% of the group’s revenue came from its manufacturing division and the rest from property development. Lua expects the latter to have made a bigger contribution to revenue last year.

The expansion of PRG’s property development division will also benefit its construction division as the latter will undertake the construction works for its in-house projects. In fact, this division is building Picasso Residence for RM247 million.

Lua notes that SPNB projects will benefit both its property and construction divisions, and that the latter will eventually bid for external jobs as well. PRG is also exploring Indonesia and the Philippines for property development projects.

It entered into a memorandum of understanding with Felcra International Venture Private Ltd (FIV) and Overseas Investment Union of the Investment Association of China (OIU) to explore potential business and/or investment opportunities to market halal products owned by Felcra Livestock and Agri Product Sdn Bhd (FLAP) in China.

FLAP is another Felcra unit whose expertise lies in the trading and marketing of halal products.

Last month, PRG also entered the healthcare business via the acquisition of a medical centre and a postpartum care centre.

It entered into a share sale agreement with Roopi Medical Centre Sdn Bhd for the entire equity interest in the latter and its properties for an indicative cash consideration of RM18.3 million. It also entered into a memorandum of understanding with Esther Postpartum Care Sdn Bhd for 25% of the latter’s issued and paid up share capital for RM3.75 million.

Clearly, Lua’s background as an entrepreneur has made PRG what it is today. He began his professional career as a prosecutor with the Singapore Attorney-General’s Chambers but he became an entrepreneur in 2003 with various business ventures in Malaysia.

Lua describes himself as “a corporate guy” who sets the direction for the company. “I am not the person who executes and delivers projects. I have a team of people who are strong in property development, and I also have the previous founder and a group of people taking care of the manufacturing side,” he explains.

With various business diversification plans in place, Lua is confident PRG will continue to grow. Indeed, PRG is looking at exciting times ahead.