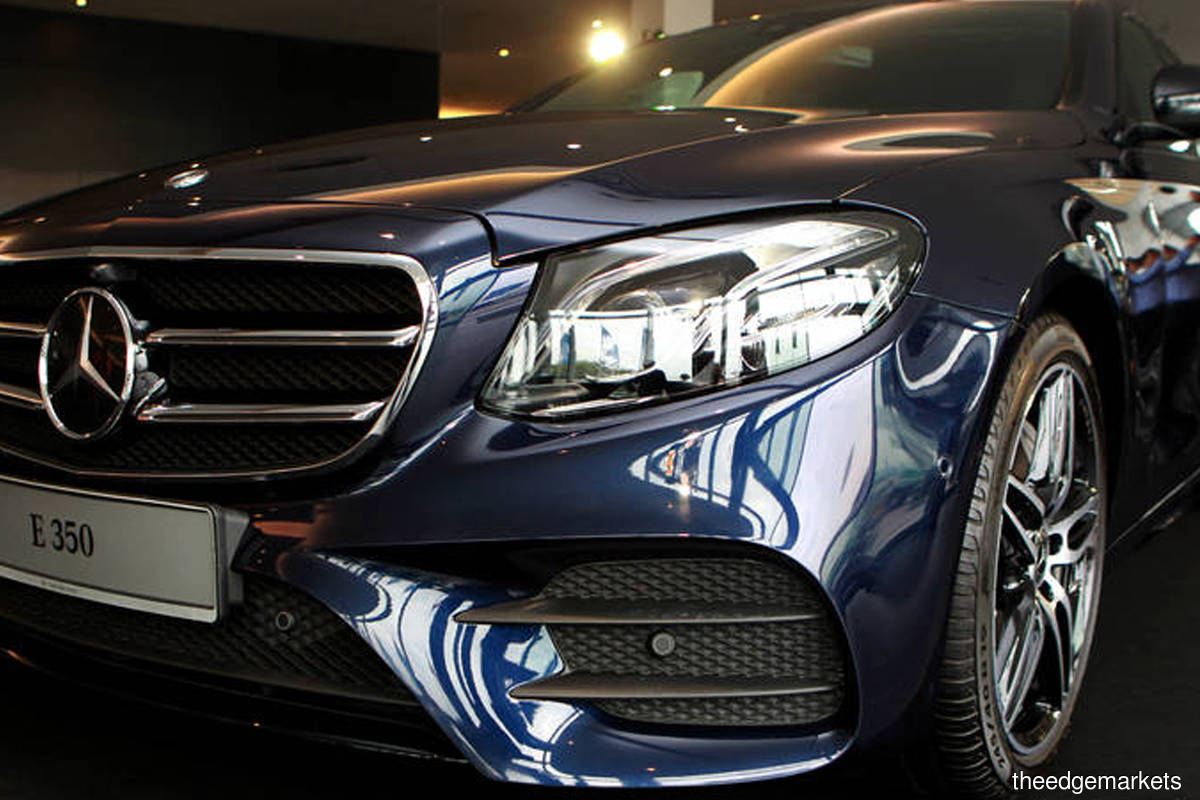 IT is back to basics for the Naza group in the automotive sector. After giving up its Kia and Peugeot franchise, the group’s automotive business is once again anchored on its Mercedes-Benz franchise.

Apart from the Mercedes-Benz marque, the group is also the franchise holder of other high-end luxury models such as Ferrari and Maserati, as well as Ducatti motorcycles.

Compared with the other high-end brands, Mercedes-Benz is the only one that sees decent sales of 10,000 units or more per annum. The Naza group is among the top three dealers of the German-made luxury marque.

An added advantage for the group is that it has developed a special relationship with the Mercedes-Benz principal in Germany.

According to industry officials, Mercedes-Benz Malaysia Sdn Bhd, which is a wholly-owned subsidiary of Germany’s Daimler AG, brings in the cars using the franchise approved permits (APs) of the Naza group. The cars are then distributed to Cycle & Carriage Bintang Bhd and the Hap Seng group, which are the top two dealers of Mercedes-Benz models in the country.

“At the moment, the Mercedes-Benz operations is the mainstay of the Naza group after having given up the Kia and Peugeot franchise. Almost all imported Mercedes-Benz vehicles that come into the country from the brand’s principal in Germany go through the Naza group,” says a motor industry official.

“The franchise AP business is not as lucrative as it used to be. Nevertheless, it still provides the group’s automotive business with a steady cash flow as Mercedes-Benz is a popular marque among the luxury models in Malaysia,” adds the official.

The relationship between the principals of Mercedes-Benz and the Naza group goes back to the 1990s when the late Tan Sri SM Nasimuddin SM Amin was at the helm of the group. Nasimuddin built the group as an importer of new, reconditioned and used cars.

He later went into the local assembly of foreign cars, which resulted in the group investing in the building of an assembly plant in Gurun, Kedah.

In the 1990s, when an AP was a much sought-after document, the group was the “go-to motor dealer” for anybody wanting to import cars into Malaysia. By 2004, other bumiputera motor dealers had entered the AP business and the government eventually introduced franchise APs for dealers that had built a special relationship with their overseas principals.

Apart from luxury car models, the Naza group is also the franchise holder of the Suzuki marque, which caters for mid-range demand. Towards this end, the Naza group’s executive chairman and CEO, SM Nasarudin SM Nasimuddin, announced earlier this month that the group would distribute Suzuki vehicles.

Suzuki, being a Japanese marque, has better traction compared with Kia, which is from South Korea, and the France-made Peugeot. Japanese models are easier to maintain and, historically, have had better reception in the domestic market compared with the South Korean and European models.

However, for Suzuki to be a mass market car, pricing has to be competitive. At the moment, Suzuki models are brought in by grey importers and prices are not competitive compared with models of other brands in the same segment.

“There are several non-national Japanese cars in the same segment selling at cheaper prices because of their CKD (complete knocked-down) operations in the region. Unless Naza manufactures the Suzuki cars locally, it will not be able to compete in terms of pricing,” says an official close to DRB-Hicom Bhd.

DRB-Hicom gave up the Suzuki franchise five years ago and now has its hands full managing the distribution of cars from Proton, which is seeing a revival of fortunes due to its latest models.

The plant is believed to be operating below capacity and has room to accommodate the production of Suzuki models. However, Groupe PSA may not be keen to allow the plant to assemble competitive models.

Another area in the automotive segment that the Naza group has been actively pursuing is the supply and maintenance of government official cars and police patrol vehicles. It was reported in January last year that a joint venture of Naza-Berjaya had received a letter of intent to manage the fleet of vehicles belonging to the government.

The joint venture was to replace Spanco Sdn Bhd, whose 25-year concession ended in December 2018 and had been extended on a six-month basis since then. It was also reported that Spanco was given an extension until June 2020, after which the Naza-Berjaya JV would take over.

However, in February 2020, the Pakatan Harapan government fell and there have not been any developments on the fleet management contract.

Apart from the automotive segment, the Naza group has wide interests in property development projects in Kuala Lumpur and lesser known areas in Penang. But the property market has been languishing since 2017 and does not seem to be having an impact on the group yet.