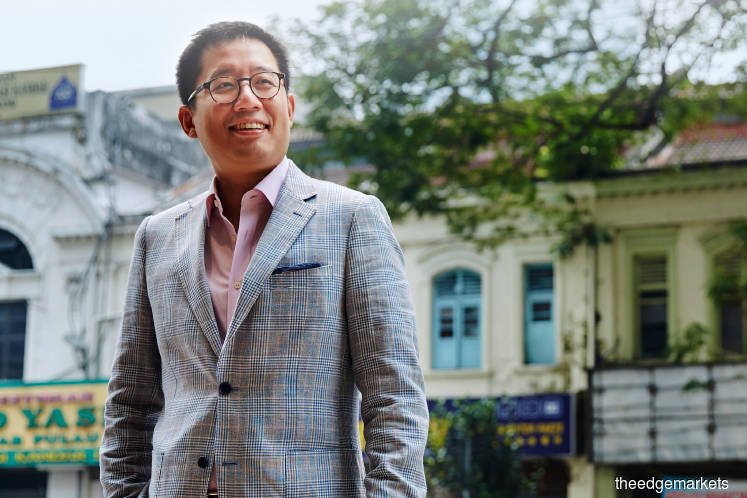 Today’s traveller continually seeks to be inspired and hospitality company Ormond Group has made that a key consideration in developing the three hotel brands that it manages. In the months preceding the opening of the first Ormond-branded hotel, The Chow Kit, CEO Gareth Lim talks hotels, hospitality and building brands with a difference.

The only reaction I can muster when shown pictures of Tune Hotel KLIA2’s newly refurbished interiors is open-mouthed awe. Gone are the signature red-and-white colour schemes and austere atmosphere that have now been replaced by a tropical theme restaurant done up in bright colours, guest bedrooms that are minimalist yet chic and a spa that easily rivals anything downtown. “That’s generally the reaction we get when we show these pictures,” laughs Gareth Lim, the youthful CEO of hospitality company Ormond Group, which manages Tune Hotels’ 11 properties.

As Lim scrolls through a series of images on his iPad, I point out that the KLIA2 property could well be a hipster hotel in the middle of Kuala Lumpur rather than transit accommodation all the way in Sepang. Additionally, the refurbishment appears to have occurred with almost zero fanfare. But making noises about it is not quite his style, Lim says. “Words only go so far — I know it’s cliched but seeing is believing and people need to come to Tune Hotels now to understand what we mean.”

The Tune Hotels chain has always been perceived as an extension of the AirAsia brand but the team managing it is quite different. Ormond Group is the hospitality arm of ECM Libra Financial Group, which ventured into this field following the disposal of its investment banking and securities business. Lim’s father, Lim Kian Onn, is a controlling shareholder of ECM, whose core business remains asset management.

Lim, an economics graduate turned financier with a childhood passion for aviation, spent seven years working with AirAsiaX before deciding to venture out on his own. The vehicle he chose was a joint-venture company that ran the Tune Hotels business, which eventually became Ormond Group. “If someone had told me when I graduated that I would be in real estate one day, I would have laughed,” he admits with a good-natured grin. “But I’ve come to realise that real estate and hospitality are great performers. The hotel trade is the second oldest in the world and we are at the forefront of a time when incomes are rising and people want to travel.”

For the full story, pick up a copy of The Edge Malaysia (October 7, 2019) at your nearest news stands or visit optionstheedge.com.