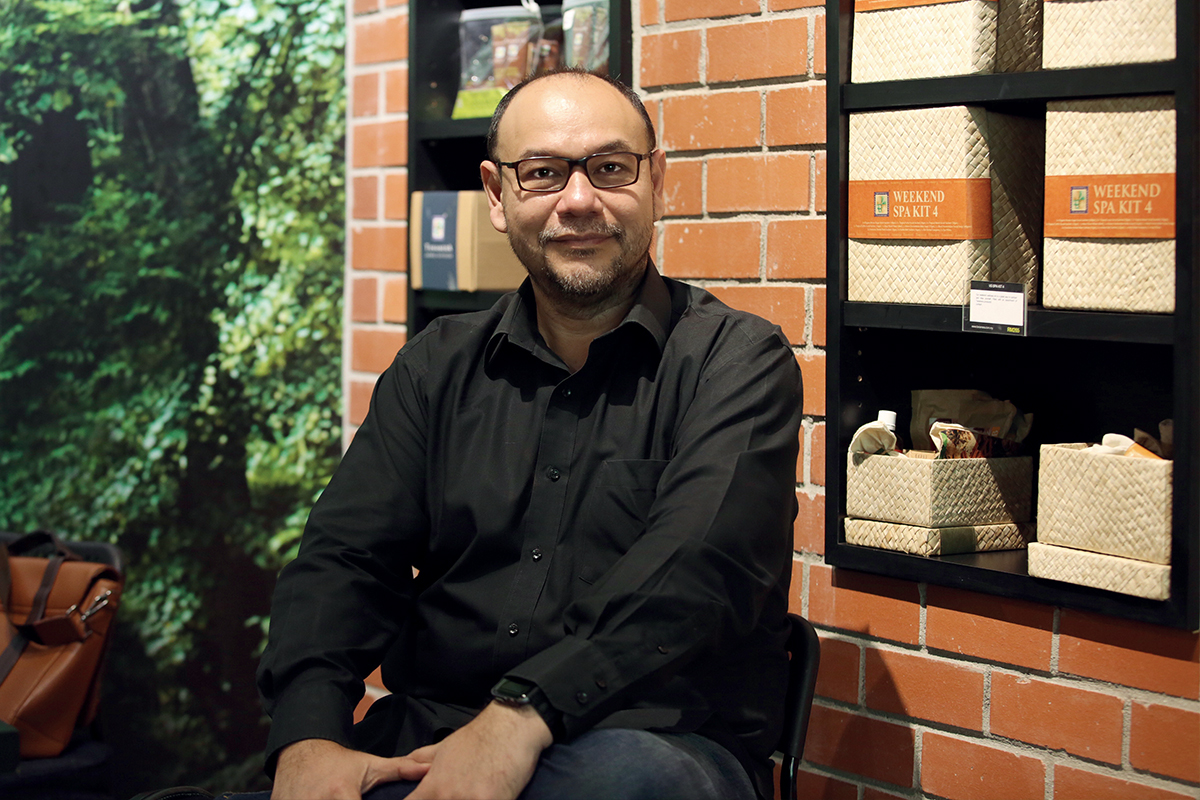 Over the past two decades, spa product company Tanamera has established a reputation for its all-natural skincare solutions. Co-founder and managing director Mohamad Faisal Ahmad Fadzil talks to Petrina Fernandez about the expansion of the company’s products for self and home as well as his commitment to upholding its environmentally friendly ethos.

A Star Trek reference pauses the conversation. “We’re like the Borg. Do you know the Borg?” asks Tanamera co-founder and managing director Mohamad Faisal Ahmad Fadzil. “Ah, you’re not a Trekkie. I love sci-fi. A dark cube several times bigger than earth showed up in NASA’s pictures of the sun earlier this year and people were joking that the Borgs were here. [It was a glitch in the image.] The Borgs are an alien collective — they have a hive mind. That’s like us at Tanamera.”

However, unlike the cybernetic colony, people who join the Tanamera team are not indoctrinated into abandoning independent thought or their sense of individuality. Rather, they are (voluntarily) united by a shared purpose and a single vision — to develop the homegrown label of all-natural spa products into the best possible business it can be. That not only refers to the generous use of quality raw materials sourced from tropical rainforests but also the desire to honour traditional Asian remedies, which leverage the healing properties of herbs and essences, and to do this with great respect to the environment. The company’s very name — which means “red earth” in Malay — is a constant reminder of this vow, which has been kept by Faisal and his siblings, Faridah and Fauziah, since the brand’s founding in 2000.

“Zero waste is a concept we want to get serious about this year and the whole team has been working hard to launch the Tanamera Zero Waste Initiative,” says Faisal. “We are starting with a selection of product refills available at our stores in Starling Mall and Sunway Pyramid in Petaling Jaya, where customers can bring their own containers to be weighed, sterilised and filled with the product of their choice. They can request as little or as much as they need, charged by the gramme. We are in talks with places like zero waste and bulk foods store The Hive to carry our bulk products too. We hope to expand this idea and drastically reduce the amount of waste Tanamera produces, such as single-use dispensers or disposable carriers.”

For the full story, pick up a copy of The Edge Malaysia (September 7, 2020) at your nearest news stands or visit optionstheedge.com.