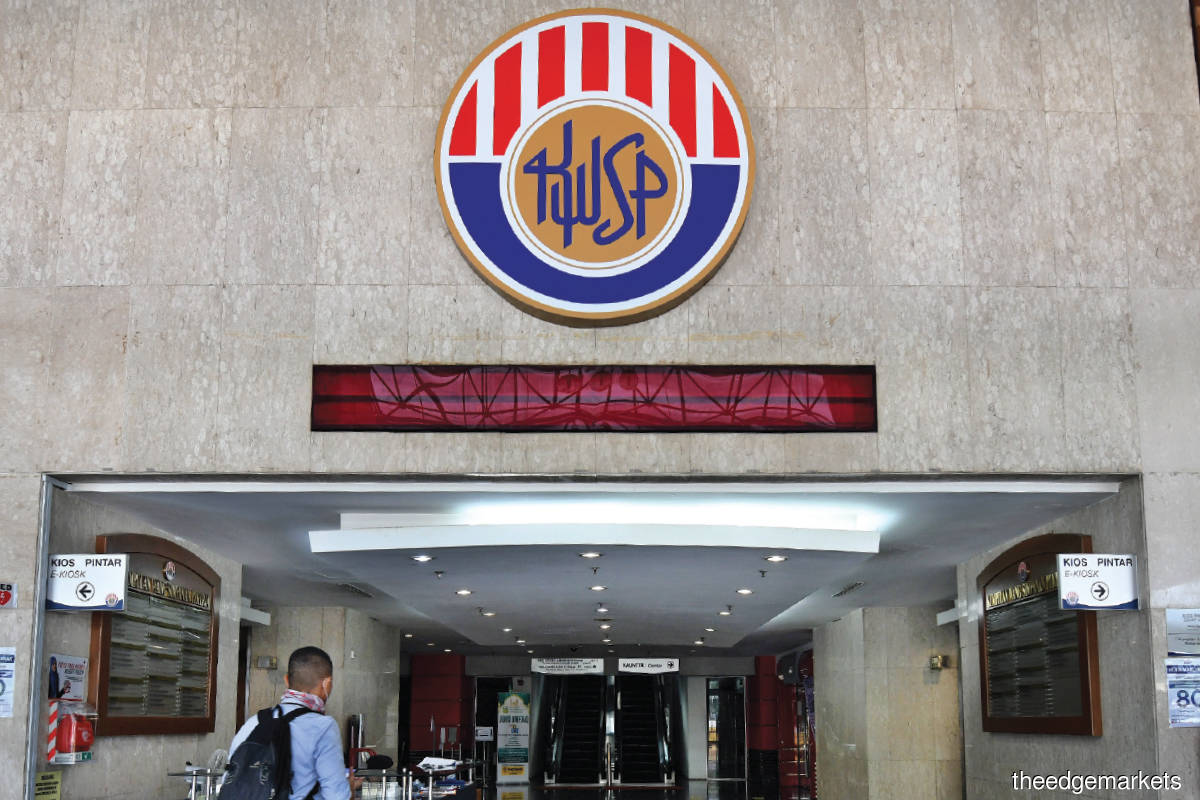 THERE was no fanfare on June 8 when the Employees Provident Fund (EPF) reported its highest gross investment income (GII) in at least 16 quarters with a simple press statement.

“Our first-quarter numbers show that the EPF is a very resilient fund,” Datuk Seri Amir Hamzah Azizan tells The Edge in an exclusive interview, his first as CEO of the EPF on his 100th day at the helm of the country’s largest provident fund.

The strong showing for 1Q2021 also raised the likelihood of the provident fund convincingly crossing the RM1 trillion threshold sometime this year, despite seeing much larger withdrawals than it usually would see in a normal year as the government gave private-sector wage earners special permission to tap their retirement kitty to tide them over hardship caused by Covid-19.

“The fact that we’ve been able to manage the withdrawals to date shows the strong base that we have built over the years,” Amir adds, giving credit to his predecessors and colleagues at the EPF.

While he, understandably, said it was still “too early” to speak of the 2021 dividend, the strong first-quarter showing should provide some comfort to members — a number of whom had publicly voiced their concerns about the impact of the sizeable Covid-19-related withdrawals on the EPF’s fund performance and, consequently, members’ remaining retirement savings. Covid-related applications by more than 6.5 million members to withdraw some RM78.77 billion have been approved so far — RM57.97 billion under i-Sinar Account 1 and RM20.8 billion under i-Lestari Account 2, about RM30 billion less than previous estimates released by the EPF. Applications for i-Sinar withdrawals are set to close end-June. It remains to be seen if the government will extend the i-Sinar facility beyond the end of this month, but the number of applications for it has “tapered”, Amir says.

Ironically, these withdrawals may mean the amount the EPF needs in order to pay 1% of dividend to members may not grow as fast as it would otherwise have had in 2021, even though the EPF earns less money from the need to hold more liquid investments in the money markets to cater to higher withdrawals.

Under “normal” circumstances, the amount needed to pay 1% dividend would have risen close to RM10 billion in 2021, The Edge’s own estimates show.

If one were to make a simplistic annualisation of the EPF’s RM19.24 billion net investment income for 1Q2021, dividends for 2021 would easily top last year’s RM47.6 billion payout, given that the EPF is expected to require RM52 billion, at most, to match last year’s 5.2% for conventional savings.

Still, it would not be easy to repeat the EPF’s feat in 1Q2021 — which benefited from very strong overseas income and saw only RM50 million impairment versus the outsized RM4.66 billion booked in 1Q2020. Overseas investments made up 36% of its RM981.71 billion investment assets as at end-2021 but contributed a whopping 58% or RM11.15 billion of the RM19.29 billion gross investment income earned in the first three months of this year — thanks to “a spillover from the global economic recovery, which began in the second half of last year”, its statement read.

Greater clarity on dividend potential for this year should emerge when the EPF reports its second-quarter earnings between mid-August and late-September.

In the meantime, Amir says the EPF is working on a number of new services to be more relevant to members before they hit retirement age.

“If [we could offer lower-income members basic life insurance coverage] for RM3 per month, or something like that, at least their dependents get something if something bad happens — that’s the kind of differentiation we are looking to do with EPF’s scale. If we are able to work together so that we become stronger partners to our members, we become more relevant to our members throughout their life, members would not just think of us when they are about to retire,” he explains.

For members with higher incomes, the EPF is exploring the possibility of introducing new opt-in investment funds to cater to those who may have a higher risk appetite to shift some savings into a different EPF-managed savings pool — not unlike how a shariah fund was created in 2017 for EPF members who would like the option of their retirement savings being invested only in shariah-compliant assets.

“Within the next year, year and a half, you will see a tangible playout of how things can happen. The protection scheme can be sooner than that,” Amir says.

The fact that a gig economy allows more people to be self-employed means that the EPF needs to refresh its mandate to remain relevant to more and more Malaysians in the informal sector, who are encouraged but are currently not required to contribute to the EPF by law.

“Widening the safety net for Malaysians in terms of social protection is actually a big mandate that we hope the EPF would be able to stretch to cover because whether we like it or not, the gig economy and the self-employed and the entrepreneurs are getting bigger and bigger in every part of the world. We in Malaysia need to offer better social protection to people who are in that area. We hope the EPF would be able to offer that because we have a proven track record of being able to offer that through a common mechanism,” says Amir.

Engagements with the government on how the EPF can cast a wider social safety net as well as help members replenish depleted savings are ongoing.

Asked if his late father had an influence on his desire to make a difference to more Malaysians at the EPF, Amir says: “A lot. I’ve been blessed because I’ve had an opportunity to see a man who was motivated by not the materialistic things of the world but who actually had a different value system than what a lot of people actually have … understanding what are the important things [is among] very important values that I also carry to the EPF, because at the end of the day, I think values are what makes an organisation stronger.”

Amir, 54, who served 23 months as CEO of Tenaga Nasional Bhd before assuming his current position, is the eldest son of the late Tan Sri Azizan Zainul Abidin, former chairman of national oil corporation Petroliam Nasional Bhd (Petronas), Malaysia Airlines and Putrajaya Corp Bhd. Described as “soft-spoken, humble, honest and hardworking” in a biography titled The Quintessential Man, Azizan (who passed away in 2004) was named president and CEO of Petronas at 52 in 1988 after a distinguished 28 years with the civil service, having been principal private secretary to three prime ministers: Tun Abdul Razak Hussein, Tun Hussein Onn and Tun Dr Mahathir Mohamad.

Whether Amir will have enough time to see things through is one question some critics had asked, noting that this is his eighth CEO position in the past 16 years. According to them, Amir, who read finance and economics, was mostly in the oil and gas sector and had never been a fund manager. An observer, however, notes that his predecessor Tunku Alizakri Alias was also never a fund manager but was deputy CEO of the EPF (strategy) for more than four years before being named CEO in August 2018 in place of Datuk Shahril Ridza Ridzuan, who was appointed managing director of Khazanah Nasional Bhd. Shahril, too, had no experience managing a fund before being made deputy CEO (investments) and then CEO after four years.

On his lack of experience in fund management, Amir has this to say: “Different people bring different things to the table. My career has been one where I’ve had a lot of exposure in operating environments, and I hope to bring some insights on [how that] can help an organisation like the EPF because there are commonalities.”

That organisations like the EPF are built to outlast any one individual may also offer some comfort. “What I’ve been lucky and blessed with at the EPF is I’ve got a very good team here who actually understands what needs to be done. I’ve got an organisation that has a very strong brand and reputation. It has been built over the years that the EPF can deliver and be run professionally — even in a not-so-easy environment, we’ve been able to protect that. So that helps,” Amir says.