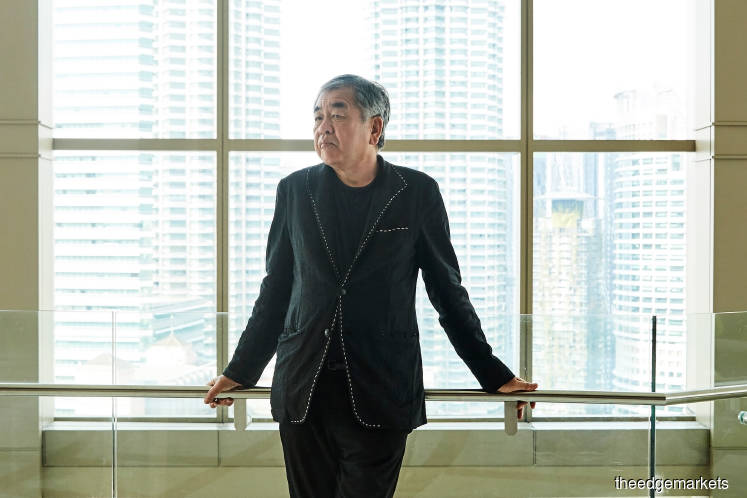 It appears that 2020 is Kengo Kuma’s year. While the world awaits the start of the Summer Olympics, which will be held at Tokyo’s new National Stadium of his design, Malaysia’s skyline looks set for its share of architectural magnificence, courtesy of Kuma’s vision of the upcoming Hyatt Regency Kuala Lumpur — part of the RM3.8 billion KL Midtown development that is slated to be the city’s next great business and leisure address. DIANA KHOO speaks to the acclaimed architect during his whirlwind stopover in KL recently.

T here are many words for it — fate, kismet, destiny — any of which can describe the moment a 10-year-old boy from Japan’s Kanagawa Prefecture first set foot in the Kenzo Tange-designed Yoyogi National Gymnasium in Tokyo.

The year was 1964 and the vibe in the Japanese capital was hopeful, jubilant even. The announcement a few years prior that Tokyo had been selected to host the 1964 Summer Olympic Games triggered a seismic shift in the way it presented itself to the world. Reminiscent of the proverbial phoenix rising from the ashes, the city began rebuilding in greater earnest — an increasingly urgent necessity after the devastating aerial bombardment it suffered during World War II.

A surge in architecture and urban regeneration mirrored this zeitgeist and one of the most iconic buildings to be constructed during this era was the Yoyogi National Gymnasium. It was this structure in particular that would have a profound and lasting impact on the young lad from Yokohama. His name? Kengo Kuma.

For the full story, pick up a copy of The Edge Malaysia (February 10, 2020) at your nearest news stands or visit optionstheedge.com.