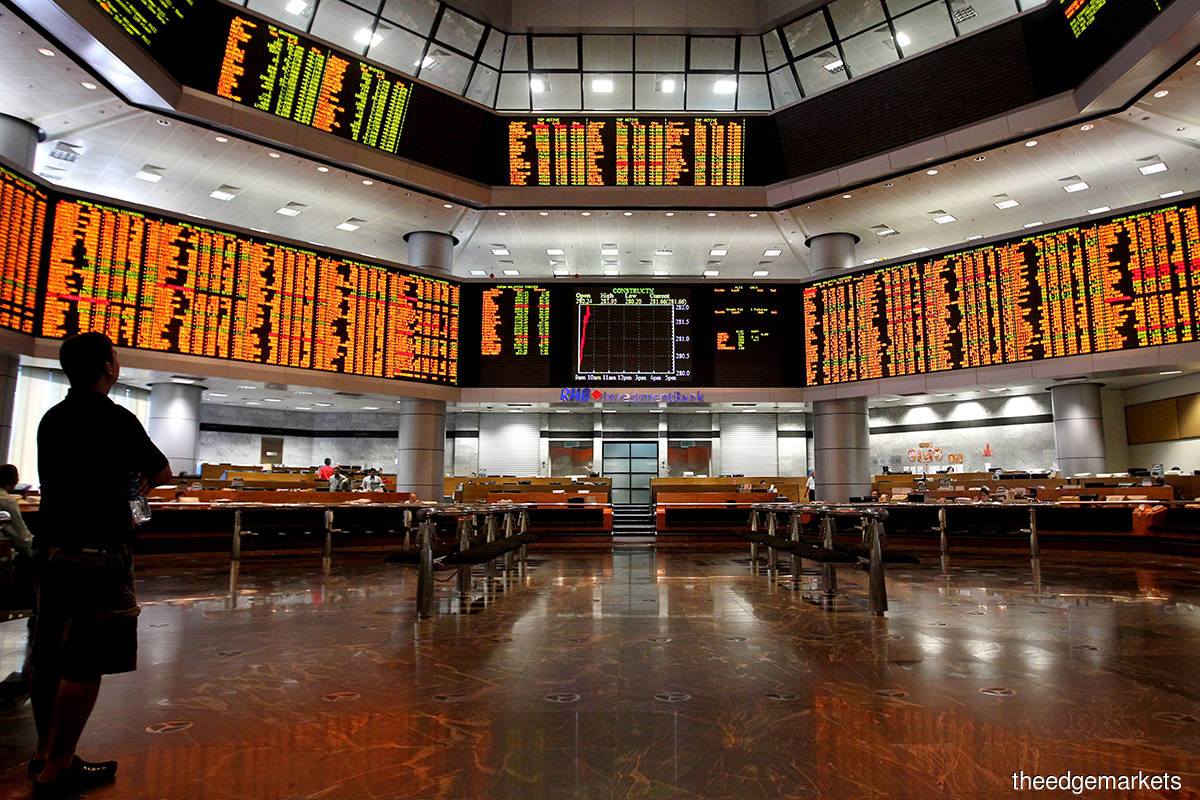 IT has been two years since the global equity market rout, sparked by concerns about the Covid-19 outbreak, in March 2020. Investors who took the opportunity to pick up battered stocks have seen handsome returns as the overall markets have bounced back.

To recap, the benchmark FBM KLCI fell almost 400 points to 1,219.72 — a low not seen since the global financial crisis in October 2009 — on March 19, the day after the first Movement Control Order (MCO) was imposed on the country in the effort to contain the spread of the virus.

Rallies in glove, semiconductor, commodity and banking stocks have since pushed the FBM KLCI back to pre-pandemic levels. The index, which closed at 1,598.10 points last Wednesday, had risen 3.07% year to date.

Two years after the global market rout, The Edge looks at whether it was indeed a once-in-a-lifetime buying opportunity.

Glove makers such as Top Glove Corp Bhd and Hartalega Bhd were investor darlings during the early innings of the pandemic-induced MCO amid extraordinary demand for rubber gloves and rising average selling prices, which have now pared down much of their gains. Top Glove’s share price had risen about 21% since March 19, 2020, to close at RM2.04 last Wednesday, while Hartalega saw its shares fall about 13% to RM4.70 during that period.

The next stock rally was driven by the global semiconductor shortage that persists until today, benefiting local players such as Inari Amerton Bhd — whose share price had surged 208% over the past two years to close at RM3.12 last Wednesday — D&O Green Technologies Bhd (+869%) and UWC Bhd (+568%).

The markets would later find out that the fragmented global supply chain is causing not only semiconductors to be in short supply, but has led to a commodities supercycle, which benefits local companies that produce aluminium, steel, chemicals, palm oil and, more recently, oil and gas (O&G). Meanwhile, Russia’s ongoing conflict with Ukraine has caused concerns about whether the world has enough O&G supply amid the reopening of the global economy. Brent crude oil has skyrocketed to an eight-year high of US$110 per barrel, benefiting upstream players like Hibiscus Petroleum Bhd. Downstream player Dialog Group Bhd, however, has not seen its share price increase thus far.

The conflict in the Black Sea region has driven many of the world’s vegetable oil buyers to seek alternatives as the region supplies 76% of the world’s sunflower oil, leading to crude palm oil (CPO) futures surpassing RM8,000 per tonne last Tuesday.

Real estate investment trusts (REITs) have suffered from the prolonged movement restrictions in the country, with the unit price of most retail REITs falling between 4% and 25%. Axis REIT managed a return of 9% as its portfolio of industrial and commercial properties benefited from the e-commerce boom.

Despite rising inflation, Bank Negara Malaysia has said it will progressively raise interest rates so as not to bring the economic recovery to a halt, echoing the sentiment of other central banks around the world.

There were also anomalies in the market such as Hong Seng Consolidated Bhd, which diversified into producing raw materials for nitrile latex gloves and, as a result, created a return of almost 140 times for its shareholders. Automation player Genetec Technology Bhd generated a return of 25 times after announcing that it had landed contracts related to electric vehicle energy storage.

Dagang NeXchange Bhd managed to produce a return of 12.5 times after announcing a corporate restructuring that led to the acquisition of SilTerra Malaysia Sdn Bhd, a semiconductor foundry, from Khazanah Nasional Bhd as well as an increased stake in Ping Petroleum, an upstream O&G player in the UK.

Penny stocks that were less fortunate include Kanger International Bhd, Jerasia Capital Bhd, DGB Asia Bhd, mTouche Technology Bhd, Sanichi Technology Bhd and Permaju Industries Bhd, which failed to deliver on their promise of new ventures, leading to a share price loss of between 79% and 94% over the past two years.