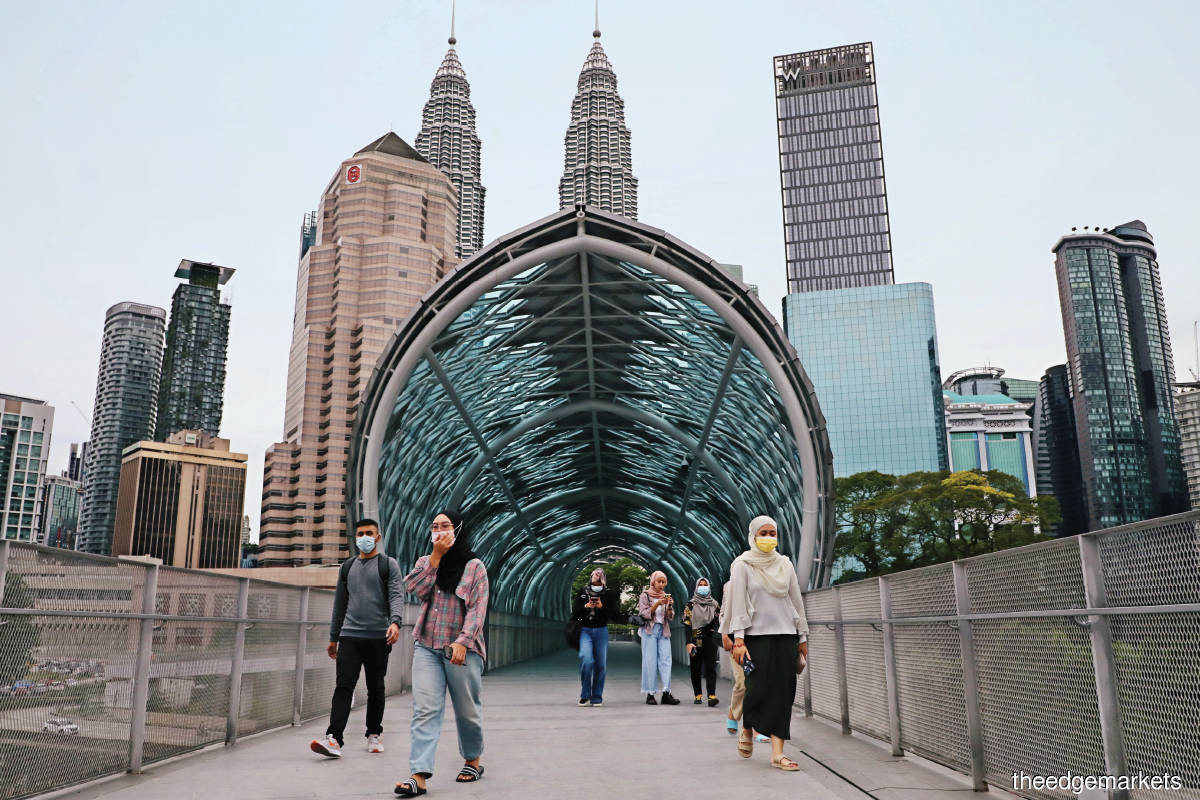 MALAYSIA was tipped to be the fifth Asian Tiger economy in the 1990s, about the time it first passed the threshold as an upper-middle-income country in 1992 and whose ambitious Multimedia Super Corridor (MSC) project — if nothing else — won the country the global spotlight from a much-hyped visit by Bill Gates in 1998 following the Asian financial crisis. It was also within that same decade (in 1991) that Malaysia, during the tabling of the Sixth Malaysia Plan (1991-1995), set the ambitious target of becoming a high-income developed nation in every sense of the word by 2020.

Now, nine months after missing that 2020 deadline, Malaysia will on Sept 27 table the 12th Malaysia Plan (2021-2025) — the first five-year development plan in the post-Covid-19 world, one which needs to place the country on a firmer and sustainable growth path towards that desired high-income status, and make it worthy of again being called an Asian Tiger economy alongside Singapore, Taiwan, Hong Kong and South Korea.

The timing for the unveiling of the 12MP is probably better than the original tabling date of Aug 6, 2020, during which even developed countries had not begun their mass vaccination drives. The historical bipartisan deal signed between Prime Minister Datuk Seri Ismail Sabri Yaakob and the main opposition Pakatan Harapan bloc on Sept 13 — which reportedly means parliament would not be dissolved before Aug 1, 2022 — is touted as providing the stability necessary to push through reforms needed to beat the pandemic and revive the economy.

Whether the high-income threshold can finally be breached as early as 2024, as predicted by the World Bank in March, or remains elusive even past 2028, the Covid-19 pandemic has shown that a number of structural reforms are necessary for Malaysia to remain relevant in the new normal.

In fact, a number of these key reforms to attain better quality growth — including the need to improve the quality of human capital, reform key sectors and align incentives to bolster research and development to move up the value chain and become innovators rather than just users of technology, create more better-paying jobs, raise the quality of local institutions and improve public service delivery, enhance the government’s revenue generation capacity and fiscal spending efficiency, and promote inclusive and equitable growth for all citizens — are strategic areas discussed since at least the 8MP (2001-2005) and continued to be given emphasis in the 9MP (2006-2010), 10MP (2011-2015) and 11MP (2016-2020).

Renowned Cambridge University development economist Professor Ha-Joon Chang drills it down to execution when asked to comment on where Malaysia went wrong in its development path relative to Asian Tigers like South Korea, whose gross domestic product per capita of US$1,715 in 1980 was just below that of Malaysia’s US$1,775, but had, by 2000, risen to US$12,357, triple Malaysia’s US$4,044. “You need a good plan, but you also need to work at it ... Malaysia’s execution has not been as well, relatively speaking,” Chang said in an interview before Covid-19 hit.

Asked about the added development challenge of having a multiracial society that is non-homogenous relative to the Asian Tigers, Chang noted that racial tensions and other similar divides exist in many countries.

“It exists even in South Korea,” he told The Edge, referring to regionalism or “jiyeog gamjeong”, the emotionally-charged divide that exists between regions. Judging by how far South Korea has come in its development, the enmity did not entirely halt the country’s economic advancement even though there continues to be discussion about it when it comes to predicting the outcome of support for presidential candidates.

Chang — who is from South Korea — agreed, though, that Malaysia could have advanced its economy much faster if it were a homogenous society, and the racial divide could well be one of the biggest challenges the country needs to overcome to move forward.

At a recent forum discussing the race-based New Economic Policy (NEP), other thinkers, including Datuk Seri Nazir Razak, chairman of Bank Pembangunan Malaysia and former chairman of CIMB Group, as well as Tan Sri Mohd Sheriff Mohd Kassim, former Treasury secretary-general and founding member of the G25 group of ex-senior civil servants, had urged that the 12MP recast government assistance from one that favours Malays to one which aids all Malaysians, irrespective of race or religion.

No Apple without Uncle Sam?

Malaysia has lost ground but the fact that it still has a sizeable manufacturing base and a relatively young workforce means all is not lost.

Here, Chang emphasises that the role of the state in development planning and execution is crucial in determining a country’s growth trajectory. Like it or not, the government can determine the endgame with where development expenditure is directed.

“An airport would be better for exporters of fruits or flowers but not as good for steelmakers that need other ways to transport their goods … the state needs to decide whether FDI is getting the right amount of technology transfer to move up the value chain or if other ways to revive investment in R&D is necessary to bring up [the pace of] innovation.” And it is not just about infrastructure and links with industry but also ensuring there is enough of a talent pool. “When South Korea decided to go big in electronics, sufficient investment went into developing engineering faculties at universities. It is all inter-linked,” he says.

Citing research by Italian-US economist Mariana Mazzucato, Chang notes that many technological innovations today — from computers and microprocessors to the internet and GPS (global positioning system) — are only possible because of investment by the US government in military intelligence. Tim Harford, author of Fifty Things That Made the Modern Economy, said the world also has the US government to thank for Apple’s iconic iPhone, as “Siri” and touchscreens too are among key technologies whose development were significantly supported by the US government.

A lot of product innovation, Chang says, comes from R&D and the state plays a much larger role than most people think, even though entrepreneurs and private sector investments are important to build up the ecosystem.

For the author of 23 Things They Don’t Tell You About Capitalism and Globalisation, Economic Development and the Role of the State, the formula to success and economics boils down to “common sense”. And competitive advantage does not necessarily have to come just from manufacturing, and not consumer products that have high visibility. Even if it is the humble oil palm or durian, what’s important is the value-add that goes into the end product and the proprietary knowledge and skillsets. “It could be an important part that goes into a bigger end-product … It is being part of the value chain that only you, or you and few others in the world, occupy. The fewer people can do it, the higher the value.”

“Being a small economy, Malaysia needs to think about the export market to achieve economies of scale. Whatever you decide to do, the third national car or something else, one needs to remember that consumers globally have high expectations.”

It also doesn’t just have to be about being good at maths and science. As demonstrated by the soft power wielded by the Korean wave, competitive edge can also come from investments in the creative arts sector. Competitive advantage is more about nurturing talents to feed sectors that can bring about a better and more sustainable income for investors and the people — which also expands the tax base to feed national coffers — rather than merely having many people with paper qualifications without real skills that can command better pay.

Here, Malaysia would do well to determine what it has which others do not and what it can do better than most of the world, and build on those capabilities and competitive advantages.

Ghana’s recent refusal to ship raw cocoa to Switzerland where chocolate of higher value is made, for instance, may be in line with what former prime minister Tun Dr Mahathir Mohamed previously told The Edge — that Malaysia took the easier route out by exporting sand as a raw commodity rather than invest in the capability to make higher-value added products like crystal ware, which can command much higher margins.

Whatever path it takes, policymakers in Malaysia need to be clear on its development agenda to get everyone on board. Malaysia cannot afford to lose more than it already has on its development path. If done well, the 12MP could be Malaysia’s way out of the middle-income trap.