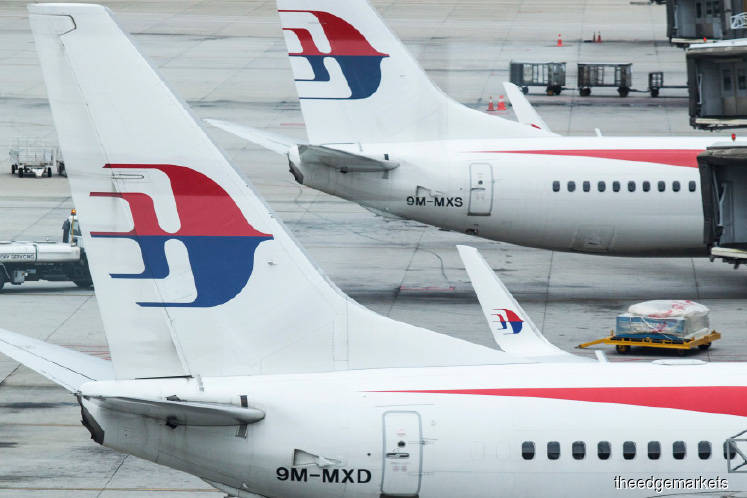 MALAYSIA Airlines Bhd has long been a troubled child in the Khazanah Nasional Bhd stable of assets. Its five-year, RM6 billion turnaround plan is now in the final year but the airline appears some distance still from profitability.

The value of Malaysia Airlines, however, goes beyond its bottom line and must be seen from a national economic context, says its sole shareholder.

“Obviously, a lot more can be done to improve the commercial outcome of the airline itself,” says Khazanah managing director Datuk Shahril Ridza Ridzuan.

“But we have to recognise that like a lot of national airlines around the world, there is a cost to maintaining the benefit (of having a national airline) to the economy as a whole in terms of linkages and trade and so on.”

The value is the multiplier effect to the economy from the tourist or traveller dollar that Malaysia Airlines can bring into the country, says Shahril. “There’s a multiplier of roughly 8 to 10 times in terms of spend to the country.”

At present, the Malaysia Airlines management is in the midst of reviewing its strategic plan and will provide the feedback to Khazanah “hopefully in a very short period of time”, he adds.

The loss-making company was privatised by Khazanah as part of a five-year turnaround programme, which began in 2014. The airline then went through 6,000 job cuts — about one-third of its workforce then — as well as massive restructuring and major contract reviews driven by legislation.

The goal then was to start making money by 2017 and relist sometime between end-2017 and end-2019. However, the ringgit’s weakness and escalating jet fuel costs since then has derailed the airline’s efforts, causing it to miss two profitability deadlines already.

The next deadline is the middle of this year. Last September, Malaysia Airlines told The Edge that more than half of the RM6 billion fund for its turnaround attempt had been used.

The focus this year, which remains challenging from the airline’s perspective, will be to further improve performance and reduce costs while managing external factors beyond its control, Izham said in a statement.

From Khazanah’s perspective, Malaysia Airlines’ current strategy review should result in the identification of elements that work and those that do not work, so that adjustments can be made.

In that context, what has been the elephant in the room for some time is whether Khazanah will pump in more money should what is left of the RM6 billion funding run out before Malaysia Airlines returns to the black.

Responding to the question about funding, Shahril was non-committal.

“We are waiting for them to come back to us. The onus is on the management and board to come back to the shareholders and say, ‘Look, we think this is going to be a more viable strategy going forward’, then we will look at it and see whether we agree or not,” he says.

In particular, the Khazanah boss, now six months into his role, notes that the special charter service launched last week by Malaysia Airlines appears promising from a strategy perspective.

Amal, which deploys A380-800 planes, caters specifically for haj and umrah pilgrims. It aims to service 60% of the haj and umrah flight market in Malaysia over the next two years from the current 50% market share.

Shahril opines that the charter service plays to the airline’s particular competitive strength. He adds that Khazanah is looking forward to similar innovations for other parts of the airline’s business that are not doing well at the moment.

However, should Malaysia Airlines continue to struggle and remain loss-making in the long term, will Khazanah eventually be forced to draw a line somewhere, especially vis-à-vis financial assistance?

That is ultimately a policy decision for Khazanah’s shareholder, the federal government, to decide, says Shahril.

“The right question to ask basically is how valuable are the intangible benefits that a national airline provides to the country, and to what extent are you willing to keep investing in a company to enjoy those intangible benefits, even if the airline itself may not enjoy the commercial benefits,” he adds.