WHEN you look up Kampung Attap on the Internet, Restaurant ZK emerges among the top 10 searches on the list. Apart from this restaurant famous for its fish head curry dish, little else is known about the history and origins of the area.

Kampung Attap is located between the old Istana Negara and Merdeka Stadium. With the Klang River flowing through it, landmarks in the area include the Kuala Lumpur and Selangor Chinese Assembly Hall, Public Bank Tower and the Islamic Banking and Finance Institute Malaysia building.

Jalan Belfield, Jalan Talalla and Jalan Hose are located deep within the mix of Kampung Attap’s old office towers and luscious mini jungle, which is partially made up of reserve land for the police and fire and rescue brigade.

Born in 1855, Belfield served the civil service of British Malaya from 1884 until 1912. Then, he was posted to Kenya as the governor.

Almost parallel to Jalan Belfield is Jalan Hose, named after Charles Hose, a British colonial administrator in the late 1880s. He was offered the post in Sarawak by Sir Charles Brooke, Sir James Brooke’s brother.

Hose, who was also a zoologist and ethologist, had published several studies on Malaya’s wildlife and mountains.

Jalan Hose and Jalan Belfield share the same vistas — cascading trees blocking the sky and creeper-covered fences that were erected to prevent trespassers from entering the government-owned reserve land. Monitor lizard crossings are a common sight.

Both streets are not well maintained; it is clear that they are rarely used by motorists. Despite having government quarters and offices here, such as the Fire and Rescue Department, a leaking fire hydrant can be seen.

Then, there are the old government offices and living quarters, which one could mistakenly assume are abandoned buildings.

A stone’s throw away is Jalan Talalla, which stretches no more than 200m behind commercial buildings that can be seen along Jalan Maharajalela. Located between blocks of tall buildings and old houses, this road could be mistaken for an alley, where motorists illegally park their vehicles, rather than a street that would lead to a multi-million-ringgit development in the not too distant future.

At the end of the road, Jalan Talalla shares the same green scenery as Jalan Belfield and Jalan Hose.

Henry died in 1944 after his aircraft vanished from its squadron during an attack on Fontenay-le-Marmion in northwestern France. His grave was found 21 days later by a French farmer.

When the war ended, Cyril returned to Malaya and helped develop the military and the civil aviation sector. He died about 10 years after returning to Britain in the 1960s. 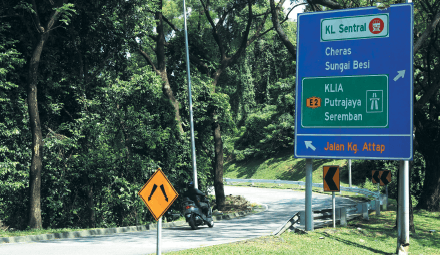