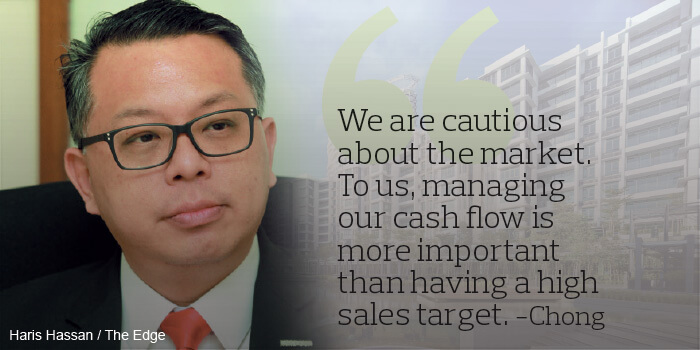 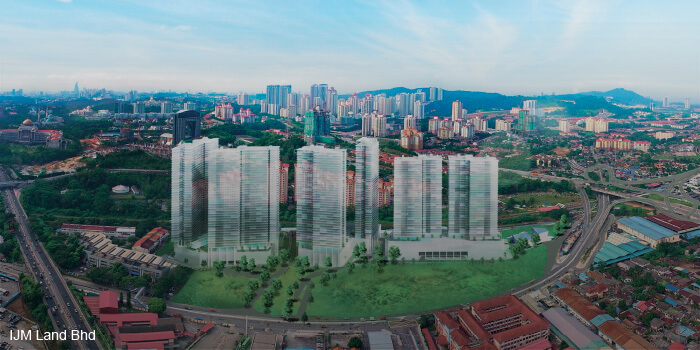 Riana Dutamas has a GDV of RM1.5 billion, and is due to be launched in the second half of this year 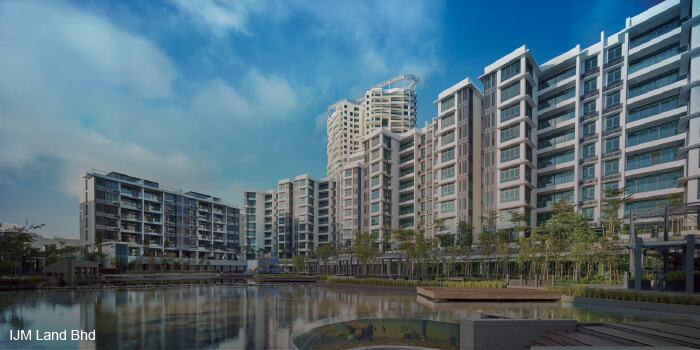 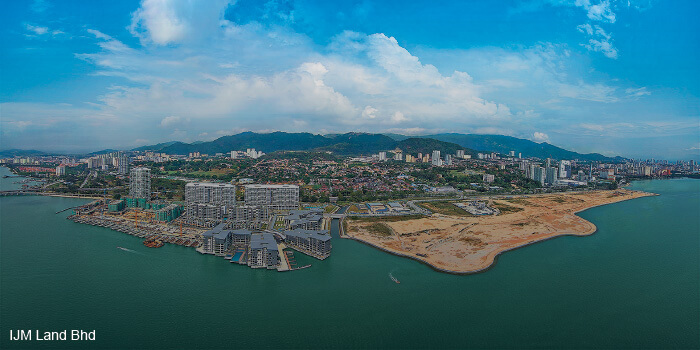 Construction of The Light Waterfront Phase 2 is set to commence mid-year, and is slated to be completed in 2021 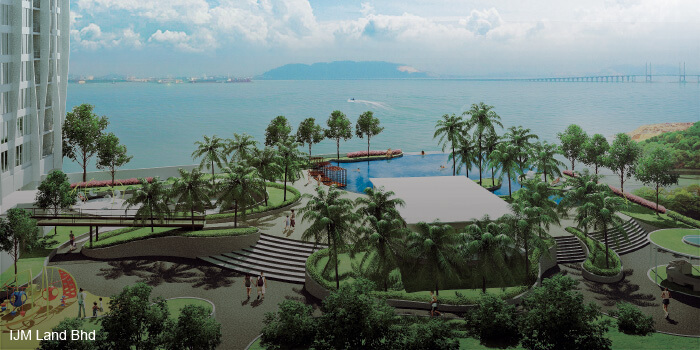 The view from 3 Residence Condominium

THIS year, IJM Land Bhd plans to reveal two of its most anticipated projects — Riana Dutamas Phase 1 and The Light Waterfront Phase 2 — despite challenging market conditions.

“Riana Dutamas is meant to spearhead the transformation of North Kiara. We believe that the area [next to Mont’Kiara, Dutamas and Kampung Segambut] is going through a gentrification due to its strategic location. The place also has many established mixed-used developments nearby,” managing director Edward Chong tells City & Country recently. “We acquired the land about two years ago at a good price [of about RM200 psf].”

“This is a good opportunity for homebuyers and investors to own a property in an upcoming location. Generally, people are location-centric, so the fact that North Kiara is near all the major locations in the Klang Valley — such as Mont’Kiara, Dutamas, Sri Hartamas and Kuala Lumpur City Centre — is a plus point,” Chong says.

IJM Land touts Riana Dutamas as the “jewel of North Kiara”. The project is undertaken by 368 Segambut Sdn Bhd, a joint-venture company between FCW Holdings Bhd and IJM Land. The mixed-used development, with a gross development value (GDV) of RM1.5 billion, is due to be launched in the second half of this year.

The freehold development, with a total land size of 16.15 acres, will be developed in three phases. The first phase has a GDV of RM565 million.

“For Riana Dutamas, our target market is divided into three groups: generation Y, generation X and the baby boomers. We are also targeting those who live in the area,” Chong says. “A key selling point will be its modern industrial design and facilities. The development also has a three-tier security system.”

The development is accessible via major expressways such as Jalan Kuching, DUKE Highway, Penchala Link, North Klang Valley Expressway, Jalan Duta and SPRINT Highway. It is also near Segambut KTM station, which is linked to KL Sentral.

“Generation X and generation Y will form the bulk of the purchasers who are mainly young professionals and young families whose offices are in the city. We reckon that most of them will be first-time buyers and owner-occupiers,” he says.

Yap adds that condominiums are still the preferred type of properties in the North Kiara area.

“Landed properties are too old and newer ones are too pricey,” he says. “Rents in North Kiara are between RM1.30 psf and RM2 psf, depending on the developments. This translates into an average yield of just under 4%.”

There is a notable difference in the current average price psf of similar serviced apartments in the area.

“The average price for older developments, mostly condominiums, ranges from RM300 to RM400 psf, while newer ones are from RM600 psf to RM700 psf. It also depends on whether they are furnished. Connectivity is very important. The proximity to KTM is a plus point,” Yap says.

“Riana Dutamas is accessible compared to other developments in Segambut Dalam or Bukit Segambut area. The prices in North Kiara are relatively lower than those in Mont’ Kiara. All in all, there will be growth in North Kiara, albeit at a slower pace.”

IJM Land’s Chong hopes that Riana Dutamas will prosper in the long run.

“This development is poised to be a success due to its long-term prospects and potential. We hope that prospective buyers can appreciate our offerings in terms of affordability, location, convenience and value. We hope that North Kiara will be the preferred place in the coming years.”

Meanwhile, the much-awaited Phase 2 (commercial component) of The Light Waterfront Penang is set to be revealed later this year, according to Chong.

“This development aims to redefine Penang, not only as a modern city, but also as a go-to destination for local and foreign visitors,” he says. “We hope it will become an iconic landmark for Penang.”

For the first 32.76 acres of Phase 2,  the group has entered into a 50:50 joint venture with Perennial Real Estate Holdings Ltd. The buildings will be designed by Singapore-based DP Architects.

According to Chong, one of the main attractions of Phase 2 will be its unique heritage design. “The interior and exterior of the retail mall are inspired by the local archetypes of Penang, for example, the old shophouses and colonial buildings,” he says.

“It is a one-of-a-kind concept. The neo-classical façade of the mall is reintepreted with a modern touch. We will use modern materials to create a contemporary look. The design strives to reflect Penang’s pursuit for progress, while maintaining its past.”

Construction of Phase 2 is set to commence mid-year, and is slated to be completed in 2021. Details of the development, which are still scant, will be revealed at its upcoming groundbreaking ceremony next month.

The Light Waterfront Penang has a GDV of about RM6.5 billion, with 152 acres of reclaimed land off the coast of Jelutong. The group launched Phase 1 (residential component) in July 2009, covering 42 acres and consisting of 1,177 residential units. Currently, the take-up rate is about 90%.

Chong reveals that the group has been focusing on launching affordable products, but he points out that affordable prices are fluid and changeable.

“Affordability is somewhat an overused term. From our perspective, we do not have a specific price range for affordable products, although generally, in many instances, developers would cap it at RM500,000,” he says. “It depends on the location of the product. For example, a property priced at RM700,000 in Bandar Utama today is still considered affordable.

IJM Land will also launch a new residential tower called 3 Residence Condominium in Penang. Located in Karpal Singh Drive, the condominium is a 46-storey development with 478 units and a GDV of RM325 million. Targeted to be launched in the fourth quarter of this year, the units will have built-ups of 867 to 1,050 sq ft that are priced from RM575,000.

Founded in 1989, IJM Land has a vast portfolio that includes townships, commercial properties, offices and landed and high-rise residences in Greater Kuala Lumpur, Penang, Pahang, Negeri Sembilan, Johor, Sabah and Sarawak. IJM Land — the property arm of IJM Corp Bhd — was privatised and made a wholly-owned subsidiary of the group in 2015. Some of its notable projects include Seremban 2, Pantai Sentral Park in Kuala Lumpur, Nusa Duta and Sebana Cove in Johor.

“We are constantly being given land banks to evaluate, but to us, the pricing has to reflect the market. For the time being, our land bank is sufficient and we can afford to hold on to it unless something strategic and valuable comes up. It is important to remain positive, but also realistic about the market,” Chong says.