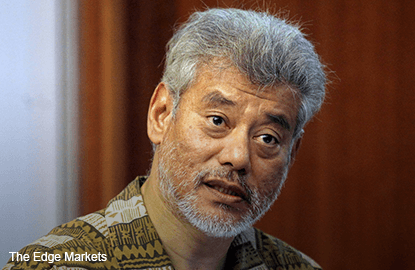 The Malaysian economy is in bad shape, but so is the world economy. Being a very open economy, it is difficult to do better unless Malaysia has an appropriate development and macroeconomic strategy for our circumstances.

This is certainly lacking, but even more importantly, we are going down the wrong track. Take the Trans-Pacific Partnership (TPP), which now seems dead in the water, thanks to US President-elect Donald Trump, and not to our own efforts. The TPP is flawed, offering very little in terms of additional growth due to trade liberalisation.

Foreign direct investment (FDI) is supposed to go up because foreign companies can now sue TPP governments for loss of profits, including potential future profits. National judiciaries can be bypassed, making a mockery of national sovereignty. Even the US International Trade Commission rejected such projections of higher growth from more FDI as gross exaggeration.

If you stop assuming full employment, almost 800,000 jobs would be lost, almost half a million from the US alone. So while US corporations would do well from the TPP, US workers would generally not. This is why there has been a backlash against globalisation in the form of the votes for the Brexit referendum and Trump.

Outside of East Asia and a few other countries, most developing countries in Africa and elsewhere did very poorly under policies of economic liberalisation and privatisation of recent decades. The adverse consequences of these policies also led to a backlash, manifest recently in the Brexit and Trump votes in the land of Margaret Thatcher (former British premier), and of Ronald Reagan (former US president), who pioneered such policies.

There has been a lot of attention to the spike in the value of the US dollar after Trump won the US presidential election, which reflects how badly the market and investment analysts got it wrong. I would not make too much of the recent ringgit decline, but the protracted fall of the local currency over the last year-and-a-half reflects the lack of international confidence in Malaysian economic governance since the 1MDB scandal gained greater international attention and evidence of official cover-up efforts became more obvious.

Malaysia has never been in this kind of trouble before and it seems unlikely that the national reputation can be salvaged without regime change. Hiring more public relations firms or paying them to do more or even having good relations with Washington or Beijing is not going to be enough as this is a question of international market sentiment.

To be sure, Malaysia has done some things right, even in recent years. For example, the government introduced and implemented the minimum wage policy after decades of agitation by labour and other civil society organisations as well as the opposition political parties. High commodity prices also helped many low-income families until 2014.

And more recently, the 1Malaysia People’s Aid Programme, or BR1M, has helped. The government has proved itself willing to take over good ideas advocated by civil society and opposition parties for years, such as the minimum wage and the social protection measures now called BR1M. Of course, these can be better organised and not abused politically, but they should be welcomed.

But where is growth and economic transformation supposed to come from? The New Economic Model seems to offer some ideas although many observers find many of its premises to be rather dubious.

But at this point, the government is basically incapable of providing the meaningful national leadership necessary. Instead, it is in defensive mode, prioritising whatever it thinks it will take to remain in power.

Malaysia’s governance crisis is more profound and widespread than simply the fallout of 1MDB. But as the Chinese character for crisis reminds us, crisis involves both danger and opportunity.

There is an opportunity for fundamental governance reform, but it does not happen automatically, even with regime change. A National Consultative Council (NCC) is a good idea if it is intended to be truly impactful and inclusive, which has hardly ever been the case in this country, even with the national economic consultative councils.

But, unfortunately, it appears that we have passed the point of no return, and pressing the NCC “reset” button is probably widely perceived as “too little, too late”, especially with the growing 1MDB cover-up going on.

The challenge then is what can be done to ensure that the regime change discussion goes seriously into considering the broader transformations needed to reunite the nation. We cannot afford divisive regime change as in the UK and the US.

Hence, the grand opposition coalition that is emerging must begin to understand the factors — besides money politics, cheating and corruption — which caused the bulk of the Malaysian population to support Barisan Nasional (BN) over the decades. Many are older and pribumi or from Sabah and Sarawak, and sincerely believe they owe much to the New Economic Policy and the BN government.

As with those who voted for Brexit or Trump, many may feel they may be worse off with the neoliberal economic reforms that many Chinese politicians, from the BN and the opposition, espouse. Many may not feel that opposition-run state governments have done significantly better, especially in terms of improving the welfare of ordinary people.

But the intricacies of Malaysia’s federal political economy, and the limited capacities of state governments, are not well understood by most Malaysians. The greater prerogatives of the Sarawak and Sabah governments help explain the widespread popularity of the BN governments there.

Similarly, it is important to better understand Pas if it is going to be brought back into the grand opposition coalition. Pas should be recognised as a complex, variegated and, arguably, quite decentralised political formation. And while some leaders may be occasionally distracted or even seduced by political ruses, it has to be respected as a formidable dissident force expressing significant dissent, albeit in cultural idioms alien to many other Malaysians.

Most people do not approve of corruption and abuse, but many may not see these as the most important matters to consider when deciding who to vote for. The ability of the Malaysian media to portray opposition politicians as not fundamentally different from BN politicians in abusing the perks of office and incumbency diminishes the moral contrast between the BN and the opposition.

The opposition also has to do more than just count on the “anything but the BN or Umno” sentiment. Promising to turn back the clock to 2004 for Mahathir fans will not appeal to others. But offering to go back to 1981 for those who hate Mahathir will also not do the trick either.

Going back to 1997 may appeal to those pleased with the Mahathir-Anwar reconciliation but means little to younger voters and others with more contemporary concerns. And even rewinding a couple of years will not turn back the political clock to a unified opposition and a unified Pas.

Can opposition parties strike the right balance to address the various different fears and insecurities of most Malaysians — Malays accustomed to an order proclaiming they rule but yet feel and often behave like a besieged minority; Chinese who resent the blatant discrimination against them; Indians who feel marginalised, neglected or worse by the elites of other cultural communities; and the peoples of Sarawak and Sabah who resent the insensitivity and indifference of the peninsular elites to their frustrations and aspirations.

Will opposition parties rise to the challenge of reconciling their differences to offer Malaysians a meaningful alternative? Will civil society force the opposition parties to rise beyond their historical, personal and ideological differences? After all, for the first time ever in Malaysian history, after the 1MDB fiasco, the next election should be theirs to lose.

Jomo Kwame Sundaram was an assistant secretary-general responsible for analysis of economic development in the United Nations system from 2005 to 2015, and received the 2007 Wassily Leontief Prize for Advancing the Frontiers of Economic Thought