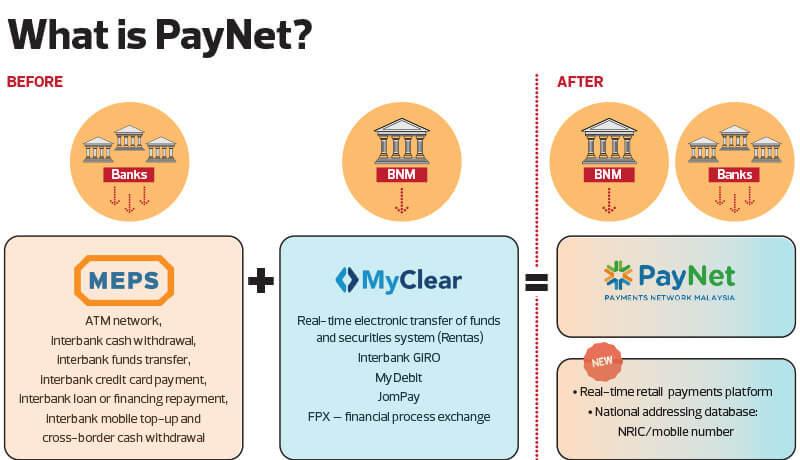 IT is uncanny how mobile payments have permeated almost every aspect of everyday life in China in less than five years.

Perhaps the most famous example is that of beggars in China’s big cities holding up signs printed with QR (quick response) codes to collect alms. With loose change becoming a rarity, charitable passers-by can make a donation with their smartphones through Alipay or WeChat Pay.

“Even the fishmongers in the market use QR codes. That just shows how quickly the Chinese have embraced this new technology,” Gunther Zhen, the founder of iPayLinks Financial Information Service (Shanghai) Co Ltd, tells The Edge.

Zhen does little to hide his pride in China’s technological leap forward.

The contrast is stark compared with his experience growing up in a small village. Back then, most households would have had a single bank account at least, but only with a small local provincial bank. Such banks were not well connected with other provinces, making remittances within China inconvenient and expensive.

“But because of the internet, everything has changed. Today, we can easily transfer money or make payments with a few taps on a screen,” says Zhen.

As at end-2016, iResearch estimates that non-cash payments in China hit a penetration rate of 42.2%, fuelled by the growth in mobile payments. The number is expected to continue rising.

Zhen was one of the early adopters, but not only as a user. He is the founder and CEO of iPayLinks, a company that provides consultation and IT solutions for companies that hope to venture into the digital payment space.

And just like fintech giants Alipay and Tencent, iPayLinks has also come to Malaysia looking to take part in the coming payment revolution.

So far, nothing tangible has emerged in Malaysia. There are no digital wallets that fully enable mobile payments yet. Neither has there been a massive merchant recruitment drive.

But the groundwork is being laid, nonetheless. The most high-profile being the joint venture between Touch ’n Go Sdn Bhd and Ant Financial Services Group last month. Tencent has also secured an e-money licence and is believed to be in talks with potential local partners as well.

Against this backdrop, Zhen says, iPayLinks is also in talks with several parties, including a Malaysian telecommunications company.

“What you see in China, with digital payments, is likely to become a reality in Malaysia as well,” says Bank Negara’s director of payment systems policy department, Tan Nyat Chuan.

His team has been working behind the scenes to set up the necessary infrastructure and regulatory framework to ensure a smooth transition to mobile payments.

This is an important milestone in consolidating Bank Negara’s MyClear with MEPS, jointly owned by Malaysian banks, to develop a more unified payment platform.

“As you know, technology needs to be refreshed. There are limitations to legacy systems. And so, to modernise and future-proof our payment systems to cater for new innovations, PayNet is establishing the new Retail Payments Platform (RPP),” Tan tells The Edge.

The most interesting part about this platform is that Bank Negara will grant eligible non-bank players access to the platform, opening the door for more competition, in particular from third-party mobile payment companies.

It should not be surprising that the central bank is an advocate for a cashless society. After all, cash is costly for the economy, says Tan.

“A study by the European Central Bank in 2012 found that countries with high usage of cash and cheques incurred an annual retail payment cost of up to 1.43% of gross domestic product, whereas countries with high adoption of electronic payments incurred an annual retail payment cost as low as 0.42% of GDP. So, going from paper-based to electronic payments could save a country up to 1% of GDP. These savings are significant,” he explains.

But getting Malaysians to give up their love affair with cash will not be so easy.

In Malaysia, cash is still king

To understand how mobile payments can develop in Malaysia, it is important to first know the existing payment landscape and the circumstances that have shaped it.

Even Tan notes that Bank Negara cannot model its payment strategies after other countries; Malaysia requires a unique approach.

Similar to China before its digital payment revolution, Malaysia has a relatively high dependence on cash for transactions. But that is where the similarity ends.

Unlike China, most Malaysians have bank accounts. More than 92% of Malaysians over the age of 15 have a bank account. Most also hold debit cards capable of cashless payments. Interestingly, credit cards remain the dominant mode of non-cash payment in Malaysia.

It is worth noting that there are 45.5 million debit cards in circulation against 9.4 million credit cards.

This is even more peculiar, given that credit card transactions should be more expensive to execute than debit cards.

So, how did credit cards come to dominate?

In a nutshell, misaligned incentives on the part of the banks have created structural mispricing. The most evident example of this was that both credit and debit cards used to incur the same interchange fee — a rate paid to issuing banks and charged to merchants — of roughly 1.1%. This fee is imposed by payment operators like Visa and MasterCard.

It is interesting to note that the interchange fee is one component of the final merchant discount rate (MDR), but it is also the largest.

Historically, this has disproportionately incentivised banks to roll out credit cards. To attract customers, banks would then use loyalty programmes and rewards to attract customers. However, these costs are passed down to merchants and ultimately, consumers.

High costs became a big deterrent for merchants to accept cards, in turn, stifling the propagation of payment terminals and maintaining the preference for cash.

Fortunately, this is something that Bank Negara is already addressing as part of the Payment Card Reform Framework (PCRF).

“We found that for credit cards, the cost of processing for the issuing bank, which includes the authorisation and settlement costs, and the interest-free period funding costs, amount to 0.48% of the transaction value. Issuing banks have used the excess interchange fee to fund reward programmes for their customers. In the PCRF, we have capped the interchange fee for credit cards at 1.1% until end-2020, when it will be revised to 0.48%,” explains Tan.

While consumers may not yet feel the impact, it has had tangible results for merchants.

“For the two-year period since the implementation of the PCRF, the POS (point of sales) terminal growth has improved to achieve an average growth rate of 18.3% per year, and the merchant fees have declined 28% and 25% for domestic and international debit cards respectively, and 7% for credit cards,” says Tan.

It is worth noting that as part of a two-pronged approach, banks are also compelled to pool about RM1.1 billion from the credit card interchange fees, or 0.1%, which has to be invested in new terminals.

Currently, there are 335,383 electronic fund transfer at point of sales terminals in Malaysia. With these incentives, coupled with lower MDRs, Tan aims to roll out 800,000 terminals by 2020 — roughly 25 terminals per 1,000 people.

While the rapid development of China’s payment ecosystem is certainly something to be marvelled, Bank Negara is wary of the market-led approach. Especially, if it leads to fragmentation.

After all, Alipay and Tencent are not interoperable. This has created two massive payment islands in China that cannot interact directly. Bank Negara wants to avoid this.

This is why the central bank is developing the RPP under PayNet. Effectively, it has got the banks to pool resources to develop a common “backbone infrastructure”, explains Tan.

“The RPP will be an open and flexible platform that will facilitate, among others, interoperable mobile payments with the use of mobile numbers or identity card numbers,” he says.

In fact, the common addressing database, employing IC or mobile numbers, is one of the key value propositions of the RPP.

In a nutshell, this will allow users to link a common piece of identification to a bank account or digital wallet. Instead of exchanging bank account details, all that is needed for fund transfers in the future will be the recipient’s phone number, for example.

More importantly, this platform will be open to eligible non-bank payment operators.

To further ensure interoperability, “Bank Negara will encourage the industry to establish standard-setting forums that will lead to the seamless use of common technology such as QR and bar codes to facilitate payment transactions”, says Tan.

In this manner, Bank Negara ensures that it does not stifle innovation, but at the same time, minimising fragmentation.

However, the open platform is a double-edged sword. After all, there is nothing stopping banks from enabling existing debit cards, for example, with mobile payments. The RPP paves the way for this.

“Malaysia has a huge advantage. You can learn from the teething problems faced by China when QR codes were first introduced. Think of it as a testing ground with hundreds of millions of users,” he says.

There are a few key takeaways. First, that there is plenty of room for new entrants to grow by converting cash users to mobile payments.

Instead of competing with incumbents like credit cards and debit cards, the focus should be on converting cash-users to cashless alternatives.

However, the window to act is quickly closing. Not only are other new entrants eyeing the same pool of users but conventional products are also becoming increasingly competitive.

With lower costs and more terminals to be rolled out in the next few years under the PCRF, debit cards could gain more market share in the coming years.

When all is said and done, however, mobile payment operators will still have to overcome one major challenge — the mindset of Malaysians.

Even today, it is still common to find shops displaying “cash terms only” signs. Of all the hurdles — regulatory and competitive — the most challenging yet may prove to be convincing people to give up cash.