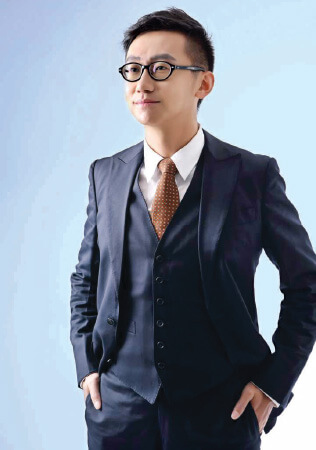 Yu: The project has the scale to support the neighbourhood, so we are not worried that it will become a ghost town 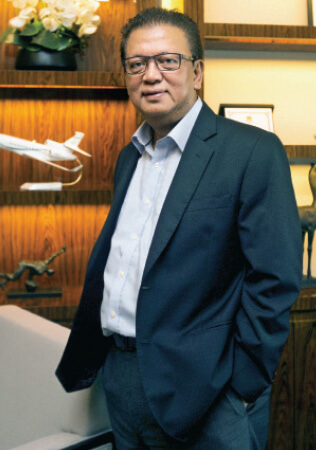 Othman: We are in talks with the government to grant Forest City a status similiar to that of Labuan

EARLY this month, Forest City welcomed the first batch of 132 purchasers of its Kylin Apartments as they received their keys from the developer, Country Garden Pacificview Sdn Bhd (CGPV) — a joint venture between Country Garden Holdings Co Ltd and Esplanade Danga 88 Sdn Bhd.

The 13-storey building, with apartments located above the four-star Phoenix Hotel, took only 10 months to build on the reclaimed site.

While Malaysians are amazed by the speed of the construction work, Forest City has been dogged by negative news, the latest being allegations of exploitation of workers from China.

A recent report by Singapore-based think tank ISEAS-Yusof Ishak Institute points out that Forest City’s challenges are not limited to the capital controls imposed by China on its citizens but also issues related to the project’s economic viability, environmental sustainability and safety.

In separate interviews with The Edge, both CGPV chief strategy officer Dr Yu Runze and executive director Datuk Md Othman Yusof dismiss the concerns, saying that the company is confident that the multibillion-ringgit project will succeed as investor sentiment has not been shaken.

Allaying concerns that Forest City could be a ghost town in the making, Yu points out that the project has the scale to support the neighbourhood.

In fact, at Forest City’s sales gallery in Johor, potential buyers were told that the group will be helping them to rent out their units if they do not plan to live there.

“Country Garden will work with several large corporations. When these companies bring their businesses here, their staff will need accommodation. We can help look for tenants. If it is a holiday home, butler service will be available. Regular cleaning services can be arranged,” a salesperson at the sales gallery said.

Although Yu declines to make any sales forecast, he says the group is in talks with several leading companies to expand its revenue streams. The joint ventures could include the establishment of a digital infrastructure service hub, international schools, more retail space and two duty-free stores.

“We have been granted duty-free licences and hopefully, the plan to set up the stores will materialise within a year,” Yu says.

Also, according to Othman, the company is in talks with the Malaysian government to grant Forest City a status “similar to that of Labuan”, thus allowing it to be an offshore financial centre — which could be another catalyst for the mega project.

“Forest City is located between Singapore and Malaysia. So, I think we can do better than Labuan,” says Othman.

According to Yu and Othman, to date, there were only 60 cancellations.

“The reasons for the cancellations were not only because of the stringent capital rules ... some buyers just failed to secure financing,” Yu says, adding that he does not expect the cancellation rate to rise as most buyers are happy with their purchases.

With the group’s effort to woo buyers from other parts of the world, Yu says Country Garden is opening sales galleries in Vietnam, Taiwan, Japan, India and Dubai. The company has also set up sales galleries in Jakarta, Singapore and Kuala Lumpur.

Amazed by the speed of the works by Country Garden, which is handling 600 projects concurrently, some have also raised concerns about the safety of the man-made islands.

“For the roads and bridges, there will be no piles. We will use another technique called surcharge. We will put an extra six metres of sand to speed up settlement of the reclaimed site. After half a year, we will remove the surcharge weight and start construction.

“Within the period, we can achieve 98% settlement. In future, settlement will be minimal and can be improved through engineering.”

Forest City has reclaimed about 30% or 300 acres of the first island, or about 6% of four islands.

“We expect to build the metropolitan city within 10 years. If the economy is good, probably we will shorten the period,” Othman says, adding that sales and construction work are ongoing.

Embroiled in controversy since day one, the mixed-use development comprises four man-made islands measuring 5,000 acres located between Singapore and Johor. To be developed over 20 years, the project will house 700,000 people.

Despite the assurances by the developer, for some, Forest City is still seen as an overly ambitious project.

According to ISEAS-Yusof Ishak Institute, the design and sales and marketing pitch of the development seem to be targeted at Chinese buyers. As it stands, the project has limited appeal among Malaysians and Singaporeans.

“All these will have to be transformed into a package that can overcome prevailing negative perceptions of Chinese development safety and quality and appeal to buyers from other parts of Asia and Europe,” Serina Rahman, a fellow of the think tank, writes.

Indeed, along the coast in Danga Bay and at other prime spots in Iskandar Malaysia — not too far from Forest City — foreign and local developers have several ongoing projects, which are selling at more affordable prices. So, will investors from other regions see Forest City the way Yu and Othman see it and buy homes on the reclaimed islands? Perhaps, CGPV may need to put a more aggressive advertising effort to pursuade other regional buyers.