Cover Story: A commodity super cycle in the making? 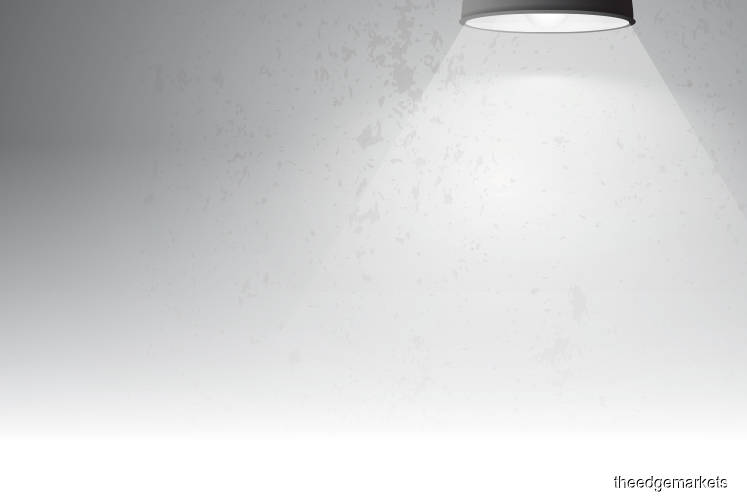 INVESTMENT guru Jim Rogers implied that commodities and equities have an inverse relationship when he said “commodities tend to zig when the equity market zags”.

The simple logic to that — from the manufacturers’ perspective at least — would be that higher commodity prices translate into higher input costs and thus lower profitability for a company, which tends to result in a loss of investor confidence and interest to invest in such firms altogether.

However, when there is impetus for growth in the economy, then commodities and equities could end up moving in the same direction. And that is exactly what happened on Jan 26, when the Dow Jones Industrial Average hit an all-time high of 26,616.71 points and the Bloomberg Commodity Index (BCOM) touched 90.79 points — its highest level since August 2015.

With the BCOM hitting its highest level in 29 months in January, coupled with the International Monetary Fund revising its global growth forecast to 3.9% from an earlier 3.7%, a question to ask is whether an uptick for commodities is in store.

Furthermore, rising inflation and a weaker US dollar — two factors prevalent this year — are positive for investments in commodities. These, coupled with volatility in stocks and higher interest rates ahead, have commodity bulls calling for a “commodity super cycle”.

Goldman Sachs is also reported to be at its most bullish on commodities since the end of the super cycle in 2008. In a report this month, the bank’s head of global commodity research, Jeffrey Currie, says the 3Rs — reflation, reconvergence of global growth and releveraging — will drive commodity prices higher.

According to Currie, most commodity prices reflated last year, supported by a weaker US dollar, supply controls and global growth. This allowed debt-laden producers to repay loans, clean up their balance sheets and releverage.

This led to emerging economies catching up — or reconverging — with developed ones.

Goldman is not alone. JP Morgan is also bullish on commodities amid inflationary pressure, as evidenced by recent US wage data and core consumer price inflation.

“Global economic strength is expected to stay on track into the year, albeit some moderation in trade and manufacturing momentum given 2017’s high base print,” he writes in a Feb 14 note, adding that this suggests that demand for commodities will stay supported this year.

However, he says, views that a commodity super cycle is just around the corner can be a little too premature at this juncture.

“Historically, the super cycle seen in the 2000s was led by two key factors. One, it occurred immediately after the Great Commodities Depression of the 1980s and 1990s, in which there was a huge pent-up commodity demand,” he says.

“Two, with increased globalisation and the emergence of trade deals across trading countries, a commodity boom emerged in the two decades following the depression. On this, there was a sudden and arguably unprecedented rise in commodity demand, especially from emerging markets.

“Should history be of reference, the ingredients to a similar commodity super cycle remain obscure to date, while the state of the global economy is starkly different from what we are facing now.”

However, some experts say there are enough signs at present, such as rising government bond yields, to support an uptick in commodities.

Shelley Goldberg, founder and principal of US-based financial advisory firm Invest-With-Purpose, says in a recent piece on Bloomberg that the 10-year US Treasury yield is one of the best metrics for predicting the direction of commodity prices.

“Treasury yields show how investors feel about the economy in the future, which influences spending habits today. Rising yields are generally a reflection of a stronger economy and heightened confidence. Manufacturers then build plants and grow inventories to respond to greater demand.

“Its [the yield’s] increase in recent months indicates that commodities have more room on the upside,” she says.

The BCOM at the time was understandably higher at 122.33 points given the higher crude oil prices then. Oil prices began their decline in mid-2014, bringing the BCOM down with them.

With oil prices showing some strength of late, is it finally commodities’ turn to do well, led by oil, after years of being in the doldrums? If so, where are the bright spots in commodities?

Gold is seen as a hedge against inflation. With inflation rearing its head, gold bugs are turning bullish on the precious metal.

IQI Global chief economist Shan Saeed says the outlook for gold is buoyant. “I can foresee gold prices heading north in the range of US$1,300 to US$1,700 per ounce… US$1,365 per ounce is an important level and the next point to touch is US$1,425 per ounce moving forward,” he tells The Edge.

Saeed says this is the third bull run for gold in financial markets.

Gold’s inverse relationship with the US dollar is one that is hard to disregard, says OCBC Bank economist Barnabas Gan.

“The 30-day correlation between the said assets remain strong at -0.91 in early February, suggesting that gold’s climb has largely been attributed to the weaker greenback. While further dollar weakness into 2018 could still come to pass, gold’s trend with the dollar could potentially weaken as global economic conditions evolve into the year.

“In a nutshell, the rosy economic outlook, tame inflationary backdrop and potentially higher interest rates in both developed and Asian economies are persuasive factors to drag gold prices lower. As such, we keep our gold outlook unchanged at US$1,100/oz at year-end,” he says in a Feb 14 note.

Benchmark Brent crude oil prices have risen 16% year on year to US$65 per barrel on Feb 20. However compared to its price of US$69 per barrel on Jan 26, it declined 7% month on month.

OCBC’s Gan says a quick downtick in risk appetite seen from a sell-off in equities across both developed and Asian economies also led to profit-taking in the crude oil space.

“Although we remain positive on crude oil prices until year-end, an interim correction in the first quarter of 2018 (1Q2018) cannot be ruled out.

“From a technical view, crude oil’s rally has gone on for far too long and far too strong in January, and with the blood-letting seen in equities and risk appetite, crude oil appears primed to see more downside into 1Q2018,” he says.

He expects  Brent to rise back to US$70 per barrel at year-end, underpinned by the rosy global growth outlook and the positive spillover effects from energy demand.

S&P Global Platts says the decision by the Organization of Petroleum Exporting Countries’ (Opec) decision, together with Russia, to extend production cuts through 2018 has further tightened the market.

“[We] believe the market is within 50 million barrels of effectively tightening. Add to that a relatively strong global economic forecast, which is supportive of rising oil demand, and factors are pointing to a bullish 2018,” its associate editorial director for Asia and Middle East oil news and analysis Mriganka Jaipuriyar tells The Edge.

She adds that it is the factors outside Opec’s control that will likely determine the success of its efforts to rebalance the oil market.

Goldman Sachs has forecast Brent to rise above US$80 a barrel within six months as demand outpaces supply.

“There are also supply concerns as statistics are showing a growing deficit for this year. Labour issues and strikes at several copper mines, which supported prices last year, may also continue to disrupt supply in 2018 and continue to support prices. So far all seems rather positive, but with China a main driver, anything can happen,” she says.

“The environmental protection policies and winter cuts in 2017 drove up prices in China and the rest of the world. Global aluminium prices surged more than 20% to 30% from last year as a result. In 2018, the winter cut period in China will end on March 15 but another round of fresh inspections are expected to start  and more smelter cuts are likely, so that could mean support for prices again.

“ Concerns over cuts last year resulted in a record high aluminium stockpile in China, at 1.7 million to 1.8 million tonnes currently. This is expected to hit two million tonnes and above in the first half, and this could keep any price spike in check moving forward, at least within China,” she says.

Rebar prices have increased from January last year by 18% to RMB3,881 per tonne on Feb 22.

“This year’s steel story will however look markedly different, with oversupply threatening to rear its ugly head again. Not only is there little room for incremental capacity cuts in China, a part of the reduced capacity is being replaced by new electric arc furnaces, with 49 million tonnes per year approved.

In addition, global soft oil supplies in 2018 are expected to be at a record high on the back of large soybean, rapeseed and sunflower seed crops across major producing countries. Availability of these soft oils will provide competition for palm oil demand and curb potential palm oil rallies,” he tells The Edge.

The price of latex concentrate has fallen 46% to 439 sen per kg from a year ago. Data from the Department of Statistics Malaysia shows that as at December 2017, the total export of rubber stood at 51,995 tonnes, down 15% year on year.

Rubber prices have been declining despite pledges by Thailand, Indonesia and Malaysia to withhold exports of 350,000 tonnes of the commodity until next month in an effort to shore up prices.

Rubber has come under pressure from synthetic rubber, which is derived from petroleum chemicals. A further increase in crude oil prices could help curb synthetics’ demand and  support natural rubber prices.

In its Outlook 2018 note, Rabobank forecasts marginal price strength for global wheat futures in 2018, albeit below the forward curve, at between US$4.50/bu and US$4.70/bu for Chicago Board of Trade through 2018.

“The route to higher prices will be gradual in the absence of a significant weather shock, something which appears well overdue,” the firm says.