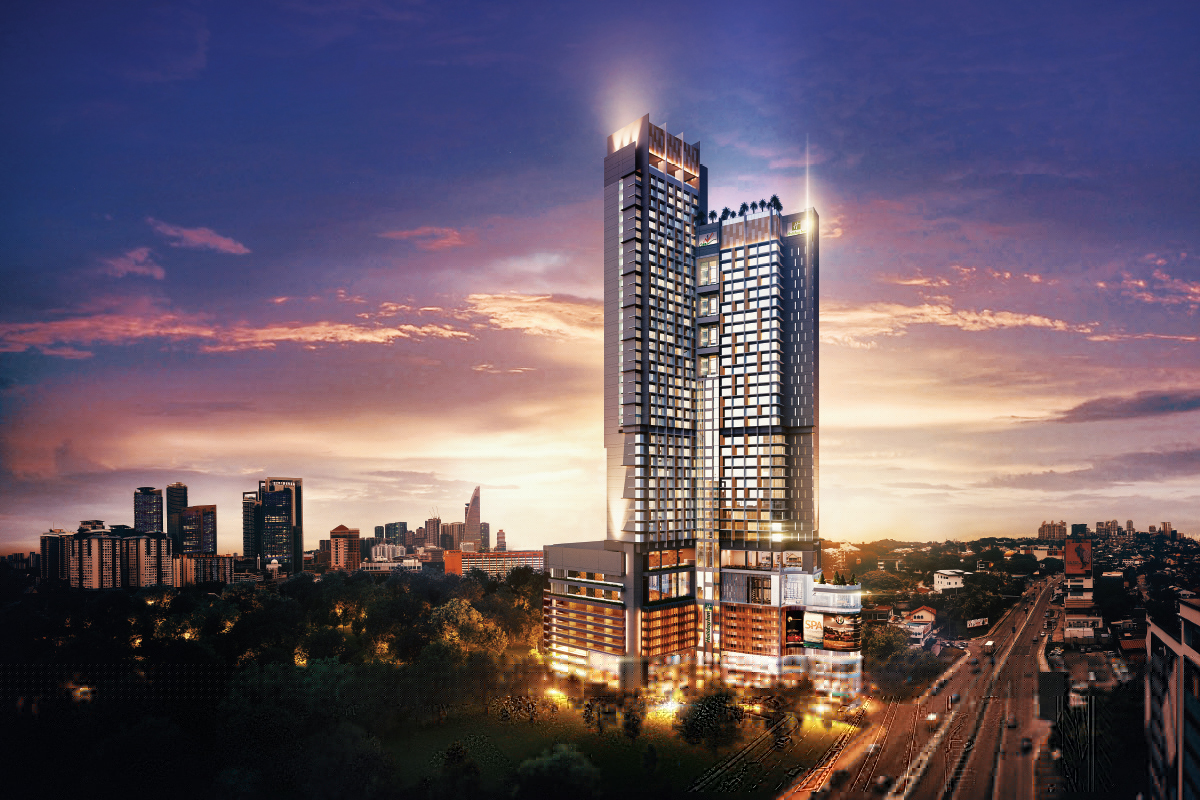 An artist’s impression of Alfa Bangsar, which is scheduled to be completed in 3Q2023 (Photo by City Motors)

Once well-known as the sole distributor in Asia for Italian premium car manufacturer Alfa Romeo, City Motors Group has now set its sights on expanding its property portfolio by conducting more launches and diversifying into the property investment segment.

City Motors Group was established in 1965 by Datuk Foo Wan Kien, who was also involved in other businesses — poultry farming, automotive financing and property development — under different company names. The company was a sub-dealer for Mazda and BMW and was appointed by Alfa Romeo as its sole distributor in Asia.

In the 1960s and 1970s, City Motors supplied a fleet of Alfa Romeo cars to the Royal Malaysia Police Force and also organised motor races to promote the Alfa Romeo brand. Subsequently, the group ventured into plantations, aquaculture and property development.

In 1980, the group’s franchise with Alfa Romeo ended. Property development has since become the company’s main focus, with projects in Selangor, Kuala Lumpur, Perak, Singapore and Hong Kong.

The projects it has completed in Malaysia are Hon Residensi, D’Pines and Orchid Court in Ampang, as well as Taman Mewah Prima in Bidor. Outside of the country, it has built The Palm Residence in Singapore and Foo Yet Kai Building in Hong Kong. In a virtual interview with City & Country, CEO Terence Chia says that City Motors is currently working on two high-end property projects in Kuala Lumpur — one in Bangsar and another in Bukit Bintang — as it expands into the hospitality business.

“Upon the completion of the projects, the group will have two new hotels run by reputable hotel chains. It is in line with the chairman’s vision of having a significant portion of income coming from property investment. Both developments are on the sites of former City Motors showrooms for Alfa Romeo cars,” he says.

The freehold project in Bangsar is named Alfa Bangsar. It is currently under construction and is scheduled to be completed in 3Q2023. The RM450 million development will consist of a podium and hotel-cum-serviced apartment tower on 1.26 acres of land in Jalan Maarof. It will be accessible via Jalan Maarof and Jalan Tandok.

The 8-level podium will consist of a carpark, hotel and 35,000 sq ft of commercial space.  Above that is  the hotel, which will comprise 220 rooms on Levels 9 to 18, with facilities including a swimming pool, sauna, garden, function hall, meeting rooms and a gymnasium. In 2019, a management agreement was signed between City Motors and InterContinental Hotels Group to operate an upper-midscale hotel in Alfa Bangsar that will be known as Holiday Inn Kuala Lumpur Bangsar.

Chia explains that most of the serviced apartments in the development have two-bedroom layouts as they are what the target market wants, based on market research. The developer’s target market is a mix of young affluent families and couples as well as international buyers. Chia hopes to conduct a preview of the serviced apartments in October, noting that the sales gallery is currently under construction.

“This is the only new freehold project around, as other projects in the surrounding areas are mainly leasehold. Alfa Bangsar is also the first of its kind in Bangsar, with various offerings in one building. To ensure the residents’ privacy, there will be separate entrances, facilities and parking for the hotel and serviced apartments. It is located near many amenities, such as Bangsar Village, Bangsar Village II, Bangsar LRT station and the KL Sentral transport hub,” he says.

“We will keep the commercial units for recurring income; and we are getting a retail consultant [for the retail planning]. We plan to make it a specialised retail space and want to focus on certain elements such as wellness and F&B. There will be an all-day dining outlet inside the hotel, but there needs to be more F&B options. We hope that this development will become a social destination. We may also move our office to Alfa Bangsar.”

City Motors hopes to start on the project in Bukit Bintang next year. The development, which has yet to be officially named, is located on a 1.39-acre freehold site at the junction of Jalan Bukit Bintang and Jalan Imbi. The group recently obtained the approval for the revised plan of the project, which is near the Bukit Bintang MRT station on the Sungai Buloh-Kajang line and the upcoming Conlay station on the Putrajaya line. “The sizes of the serviced apartments will be similar to those in Alfa Bangsar. The project is one of the last in KL city centre and we hope to kick it off  next year. We have been receiving offers from hotel operators but we haven’t made a decision yet,” Chia says.

“For this project, we have an agreement with MRT Corp to house its infrastructure on our land and we will develop around it. Previously, we had tenants on the land but there is no one there now. We won’t start selling the serviced apartments until we complete the basement and substructure, which is our chairman’s wish. It will take 3½ to four years to complete the project; we will have separate dates for the completion of the hotel and serviced apartments.”

In 2024, City Motors is looking to launch a mixed-use project on a 1.04-acre parcel in Jelutong, Penang. The RM150 million project, which is still in the planning stage, will comprise serviced apartments that sit atop a commercial and car-park podium.

Moving forward, upon the completion of Alfa Bangsar and the Bukit Bintang project, City Motors hopes to structure its assets into a real estate investment trust. It currently has commercial and residential properties in Hong Kong and is looking to acquire more commercial and industrial properties.

The podium at Alfa Bangsar will consist of 35,000 sq ft of commercial space (Photo by City Motors)

The group currently has 350 acres of land bank in Penang, Perak, Kuala Lumpur, Selangor and Pahang. Chia says it is looking to increase the size of its land bank and also considering joint venture opportunities.

“We look forward to the next two years as they will be exciting times for the group. We are gearing to launch more projects as we make inroads into the hospitality industry. Some people have asked why we still use the name ‘City Motors’ since we are now in the property development industry and no longer involved in the automotive industry,” he says.

“We see it as an opportunity to start a conversation and talk about our history, especially among the younger generations [who do not know of our relationship with Alfa Romeo]. We plan to do a rebranding in three to five years.”