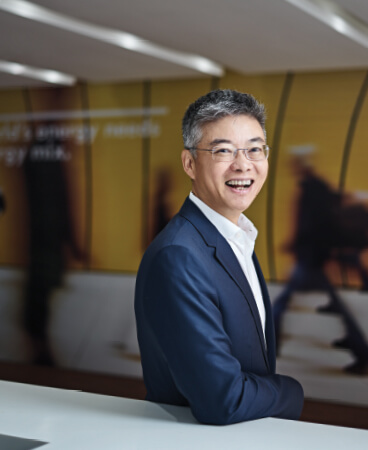 Chairman of Shell Malaysia Datuk Iain Lo speaks to Anandhi Gopinath about his fulfilling career in the oil and gas industry and how, after 126 years in business, Shell Malaysia continues to play an important role in nation building while continuing to empower the people who fuel the company’s growth

For some reason, remaining in the employ of the same company for more than 20 years is normal in the oil and gas industry, though it can be rare in other industries. Datuk Iain Lo, chairman of Shell Malaysia, has clocked up nearly three decades, having been with the Dutch oil company almost since the start of his career. What has kept him at Shell is one of the first questions Lo addresses, his sense of pride setting the tone for the rest of our interview — it is simply a great place to be, he says.

“When I started at Shell, I thought ‘Ok, let me give it five years and then do a review’. I did reviews every five years, and every time it was a no-brainer for me that I should stay,” he says. “I started in offshore construction, then I was moved to field development and later I was supporting production-sharing contract negotiations — there was always something new to do and my career was always progressing. I was promoted every two years, the pay was good and I was learning a lot — I kept giving the company five more years, and now it’s been 26.”

For the full story, pick up a copy of The Edge Malaysia (Nov 6) at your nearest newsstands or visit optionstheedge.com.