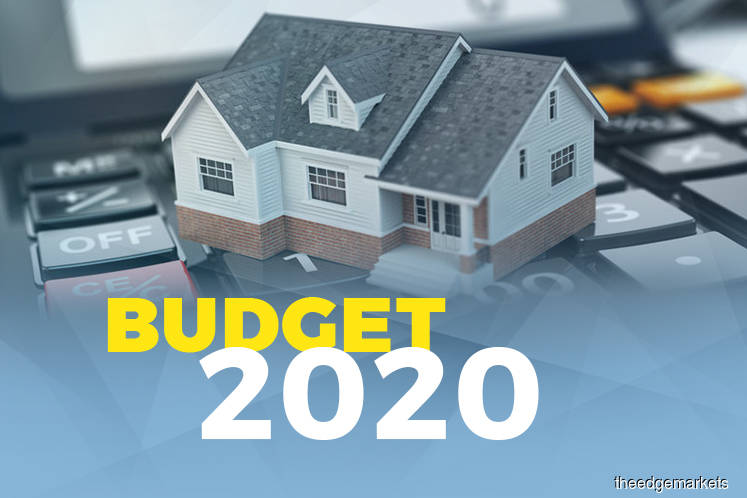 •    A new incentive framework to promote investments to be ready by Jan 1, 2021

•    RM1 billion worth of customised incentives annually for targeted Fortune 500 companies and global unicorns in the digital sector that invest at least RM5 billion each and create 150,000 high-quality jobs over the next five years

•    Introducing Rent To Own financing scheme for purchasers of first homes priced up to RM500,000

•    In-depth feasibility studies on the development of Pulau Carey, the Serendah-Port Klang Rail Bypass for cargo shipments and the Klang Logistics Corridor for commercial vehicles

•    Commencing 2020, the number of special draws for numbers forecast operators will be reduced from 11 to 8 a year

•    RM55 million for the development of infrastructure in Samalaju Industrial Park in Sarawak by the Regional Corridor Development Authority, Sarawak

•    The Malaysian Communications and Multimedia Commission (MCMC) to finance at least half of the required investment under the National Fiberisation and Connectivity Plan, with corresponding investments by private telecommunications players via a matching grant mechanism

•    RM210 million to accelerate the deployment of new digital infrastructure for public buildings, particularly schools, and high-impact areas such as industrial parks

•    Setting up a 5G ecosystem development grant worth RM50 million

•    50% matching grant of up to RM5,000 per company for small and medium enterprises that adopt digitalisation measures for their business operations, such as e-POS, ERP and electronic payroll system

•    RM550 million smart automation matching grants to 1,000 manufacturing and 1,000 services companies to automate their business processes. This grant will be given on a matching basis up to RM2 million per company.

•    Tax deduction for contributions towards digital social responsibility by companies

•    One-time RM30 digital stimulus to qualified Malaysians aged 18 and above with an annual income of less than RM100,000, who own an identity-verified e-wallet account with selected service providers

•    Government guarantee for bumiputera SMEs, export-oriented SMEs and SMEs investing in automation and digitalisation will be increased from 70% to 80% and their guarantee fee to be reduced to 0.75%

•    RM10 million to the Ministry of Entrepreneur Development to focus on advocacy and awareness of halal certification, halal product development and providing platforms for local players to tap the US$3 trillion global halal market

•    Ceiling per company for the Market Development Grant initiative by the Malaysia External Trade Development Corporation raised from RM200,000 to RM300,000 per year, and for the participation in each export fair will be increased from RM15,000 to RM25,000

•    Bank Negara Malaysia is finalising the licensing framework for digital banks to be issued by year end for public consultation, and ready to invite applications by the first half of 2020

•    RM100 million for small business loans for the Chinese community via Bank Simpanan Nasional, at an interest rate of 4%

•    Bank Negara is proposing a two-phase restructuring plan for our DFIs to form a new financial institution through the merger of Bank Pembangunan Malaysia, Danajamin Nasional, SME Bank and the Export-Import Bank of Malaysia

•    Setting up of a special Islamic finance committee

•    Tax exemption for fund management companies managing syariah-compliant funds and sustainable and responsible investment (SRI) funds, and the tax deduction on the cost of issuing SRI sukuk will be extended for another three years until year of assessment 2023

•    RM550 million oil palm replanting loans for smallholders, collateral-free at an interest rate of 2% per annum, with a tenure of 12 years, including a four-year moratorium on repayment

•    RM810 million for the welfare of the FELDA community

•    RM738 million for the Rubber Industry Smallholders Development Authority (Risda) and the Federal Land Consolidation and Rehabilitation Authority (Felcra) to implement various income-generating programmes to benefit the more than 300,000 Risda and 100,000 Felcra smallholders

•    Allocation to the Ministry of Agriculture raised from RM4.4 billion in 2019 to RM4.9 billion in 2020, with a special focus on enhancing incomes of farmers

•    RM150 million to facilitate crop integration to help supplement farmers’ income such as through chilli, pineapple, coconut, watermelon and bamboo

•    RM30 million for the production of glutinous rice in Langkawi

•    RM1.1 billion for the Ministry of Tourism, Arts and Culture to promote Visit Malaysia 2020

•    Increasing tax deductions for companies sponsoring arts, cultural and heritage activities in Malaysia from RM700,000 to RM1 million per year

•    RM25 million for the Malaysian Healthcare Tourism Council to strengthen the position of Malaysia as the preferred destination for health tourism in Asean for oncology, cardiology and fertility treatment

•    Under [email protected] programme, the wage incentive for Malaysians who are hired to replace foreign workers is at either RM350 or RM500 per month, depending on the sectors, for a duration of two years, and corresponding hiring incentive for employers of up to RM250 per month for two years

•    Under [email protected] programme, an additional RM100 per month on existing allowance for trainees on apprenticeships

•    EPF will extend coverage to contract workers, for those under Contract for Services and Professionals

•    Self-employment Social Security Scheme by Socso be expanded to enable contributions by other self-employed groups across 18 key sectors, such as fishermen, farmers, sole proprietors and partnerships

•    Setting up of RM500 million Socso rehabilitation centre in Perak

•    RM30 million in 2020 to provide more TASKAs, focusing especially on hospitals and schools

•    Individual tax relief for fees paid by parents who enrol their children in registered nurseries and kindergartens will be increased from RM1,000 to RM2,000

•    Employment Act 1955 to be reviewed to include increasing maternity leave from 60 days to 90 days effective 2021, extending the eligibility to overtime from those earning less RM2,000 to those earning less than RM4,000 per month; improving protection and procedures for handling sexual harassment complaints, and introducing new provisions on the prohibition of discrimination on religion, ethnicity and gender

•    RM5.9 billion for the Technical and Vocational Education and Training (TVET) programme

•    Expanding the scope of its education withdrawal for qualifications attained at certificate level, especially for accredited programmes that are in line with the nation’s Industrial Revolution 4.0 (IR4.0) aspirations

•    Expanding this withdrawal to include members’ parents and spouse

•    RM20 million to be matched by another RM20 million from the Human Resources Development Fund towards encouraging working adults to undertake professional certification examinations in fields relating to IR4.0

•    RM587 million for rural water projects, of which RM470 million is for Sabah and Sarawak

•    RM1 billion for the development of rural roads throughout Malaysia, primarily targeted at Sabah and Sarawak

•    RM80 million for the upgrading, repair and maintenance of 67 various institutions under the Social Welfare Department

•    RM25 million for the management, administration and expansion of the Food Bank programme

•    RM20 million to expand skills training and programmes that meet the national TVET standard for inmates in areas such as food and beverage, carpentry, laundromat and metal works

•    RM1.6 billion for the construction of new hospitals as well as upgrading and expansion of existing ones

•    Cover 45 illnesses from the existing 36, including polio and terminal illness

•    EPF will introduce a new category of withdrawals, allowing for fertility treatment such as in-vitro fertilisation procedure

•    Toll rates for cars at the Second Penang Bridge will be reduced from RM8.50 to RM7

•    Sultan Azlan Shah Airport in Ipoh will be upgraded, including an extension of its runway

•    Government will invest RM85 million beginning 2020 in enhancing vehicle and traffic flow through the Customs, Immigration and Quarantine Complex at the Causeway and Second Link

•    RM299 million to implement the Sports For All programme, including rehabilitating and upgrading of sports facilities

•    RM150 million for the maintenance of retention ponds

•    The Cost of Living Allowance (COLA) will be increased by RM50 per month, beginning 2020 for support group

•    Civil servants will be allowed early redemption of accumulated leaves for up 75 days as replacement pay, for those who have at least 15 years of service

•    The People’s Volunteer Corps (RELA) will enjoy higher allowance of RM2 per hour beginning from Jan 1, 2020