Cover Story: Better times ahead for the Steel sector? 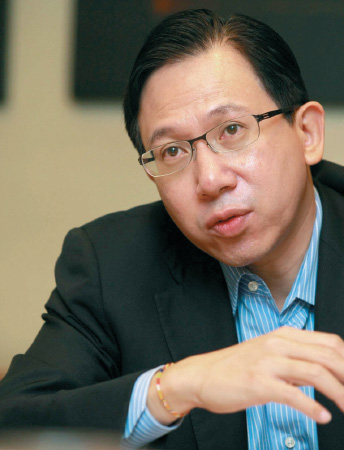 The new government can help by stimulating the usage of steel domestically, reducing the cost of doing business, such as imposing the minimum wages for foreign workers and freezing the increase of electricity tariffs and natural gas prices for the next two years.” — Tai 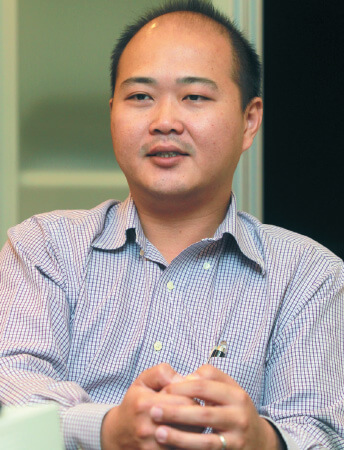 The government should roll out more projects that benefit both long and flat steel producers.” — Ooi 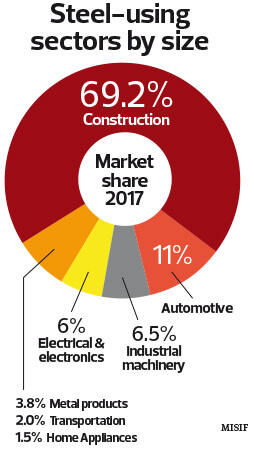 THE revival of Eastern Steel Sdn Bhd’s steel slab plant in Kemaman, Terengganu, last year could be an indication that the local iron and steel industry — which had been hit by an influx of cheap imports from China in recent years — may be seeing the light at the end of the tunnel.

According to the Malaysian Iron and Steel Industry Federation (Misif), world steel demand is expected to increase from 1.59 billion tonnes in 2017 to 1.63 billion tonnes this year, with targetable regional export opportunities in Southeast Asia.

The reduction of production capacity in China and the closure of outmoded induction furnaces to rationalise its steel industry since 2016 have led to an improvement in steel prices across the globe.

Against this backdrop, Eastern Steel — a joint venture between Hiap Teck Venture Bhd and Chinese state-owned steel firm Shougang Group Co Ltd — made the bold move last July to start up its 600 cu m blast furnace again. Those familiar with the steel industry would know that blast furnaces operate continuously for long periods because they are difficult to start up and shut down.

To recap, Eastern Steel’s operations were halted in October 2015 due to difficult market conditions caused by the influx of cheap imports that started in 2013.

With Eastern Steel’s decision to reignite its blast furnace and resume production, are blue skies here for Malaysia’s steel companies, or at least for the upstream players?

While the bigger picture is improving for the segment, some issues remain.

Over the past decade, Malaysia’s steel players have been facing a double whammy — overcapacity in the global steel industry and low production capacity utilisation rates.

Despite the outlook for steel demand, overcapacity — primarily caused by the steep rise in Chinese steel capacity building between 2000 and 2013 — remains a huge challenge for the global industry.

For perspective, Chinese steel production capacity exceeded 1.1 billion tonnes in 2013, equivalent to the steel capacity of the rest of the world combined. Since then, China has pledged to cut 100 million to 150 million tonnes of capacity by 2020, having cut 140 million tonnes from outmoded induction furnaces in 2017.

Closer to home, total production capacity for Malaysian iron and crude steel in 2017 stood at 5.1 million tonnes and 12.4 million tonnes respectively, according to Misif. In terms of overall steel performance, capacity utilisation was low across product segments and significantly below the performance benchmark of 80%, which is regarded as the “gold performance standard” in the steel industry.

Freeze on issuance of licences

Although there are mixed views on whether China is still dumping steel products in Malaysia, the consensus is that the government should freeze the issuance of new manufacturing licences, especially to foreign steel companies.

“The new government can help this strategic sector by stimulating the usage of steel domestically, reducing the cost of doing business, such as imposing the minimum wages for foreign workers and freezing the increase of electricity tariffs and natural gas prices for the next two years. (Apart from that, there should be) a three-year moratorium on the issuance of new manufacturing licences and cancellation of old non-implemented manufacturing licences,” he tells The Edge.

Tai points out that Masteel is in the long product market and there had been no dumping of China-made long products in Malaysia last year. Interestingly, he sees the industry as going through a new cycle of adjustment of “trough to peak” caused by excess capacity and price volatility.

An industry veteran who prefers to remain anonymous concurs that there have to be certain controls over the issuance of manufacturing licences. “The government has to really look at the impact of issuing new licences. Bear in mind that the Malaysian market is not very big, so we should not create unhealthy internal competition among ourselves,” he stresses.

He warns that if the government continues to issue new licences, the overcapacity issue will occur not only in long products but also flat products about five years down the road. Both are considered upstream/midstream products. “Steel manufacturing is a long-term, huge investment. Nobody would invest a little money to put up a small plant. Once you decide to invest, you would put up a big plant that produces millions of tonnes of steel. The government should not repeat the same mistake on flat products.”

A spokesman of The Lion Group tells The Edge that China is still dumping cold rolled coil (CRC) in Malaysia. Fortunately, the dumping of steel bars and wire rods has been mitigated to a certain extent by the imposition of safeguard duties on these products in September 2016.

“The industry’s outlook depends on the local as well as global economic conditions. China is seeking to enforce stricter regulation of its steel industry, which may create a more balanced supply and demand situation,” he says.

Flat products such as steel slabs, hot rolled coil (HRC) and CRC are mainly used as raw materials for downstream applications in the automotive, oil and gas, machinery and equipment as well as other manufacturing sectors.

However, certain quarters think the local steel industry is too reliant on long products supplied to the construction sector.

Besides, minor product differentiation between the steel producers will only encourage price competition.

“Therefore, the new government should introduce more incentives to encourage domestic steel mills to venture into the manufacturing of high-value-added steel products that can be used in the manufacturing industry,” he tells The Edge.

Chan adds that the additional supply of long products from Alliance Steel in Kuantan, if not restricted to the export market, could pose a threat to local players. “I wouldn’t be too surprised if Alliance Steel is the most cost-efficient steel player in Malaysia due to its state-of-the-art manufacturing facilities, economies of scale and technical expertise. I think the new government should strictly enforce Alliance Steel’s focus on the export market to protect the domestic steel market.”

Chan adds that although China remains the largest exporter of Malaysia’s steel, the import of long steel products has been decreasing since 2016 after the republic announced its capacity elimination programme due to environmental concerns. “As such, steel dumping is no longer a major issue for long products but it may still be an issue for flat products.”

Stainless steel product trader Leon Fuat Bhd executive director Calvin Ooi Shang How says that as the government plays an important role in supporting the growth of local steel companies and attracting foreign investments, it should provide guidance and facilitate the implementation of automation within the industry.

He explains that long steel producers are dependent on infrastructure and construction activities, whereas flat steel producers depend on manufacturing. Therefore, the government should roll out more projects that benefit both.

“For example, in the construction of an MRT station, the initial stage requires a lot of long products, which are used in earthworks and structural works. Subsequently, it will require flat steels for equipment such as ventilation systems and ticket stations. Eventually, the whole project will benefit flat and long products companies at different stages,” says Ooi.

Ann Joo is adopting the hybrid blast furnace and BF-EAF (blast furnace-electric arc furnace) technology and Masteel is also scaling up its operations in line with the installation of a new technological package.

In general, a blast furnace is three times more capital-intensive than an electric arc furnace (EAF) but its steelmaking cost composition including raw materials is about 25% lower than the latter’s.

A quick check on steel industry portal www.steelonthenet.com shows that the conversion cost for basic oxygen furnace steelmaking was US$327.56 per tonne in 2018, lower than EAF’s US$430.60 per tonne.

In a nutshell, a blast furnace will have a better competitive edge than an EAF in the long run.

Note that an EAF uses 100% steel scrap as a source, whereas a blast furnace uses 95% iron ore and 5% steel scrap. Scrap metal and iron ore are commodities and their prices tend to fluctuate, depending on supply and demand as well as international trade policies.

Also, the 25% tariff on steel imports into the US — one of the largest exporters of scrap — has buoyed scrap prices internationally. US mills are able to pay higher prices for scrap due to high domestic steel prices.

So, what does all this mean to the industry? And is the present environment more favourable for blast furnace operators?

In the Malaysian context, taking into account a potential overcapacity, Masteel’s Tai says an EAF offers more flexibility when there is a need to reduce output sporadically. “A blast furnace has bigger capabilities but is less capable of shutting down in times of soft demand, resulting in huge inventory holding costs.”

In anticipation of the stiff competition, Masteel implemented a multi-million ringgit technology package in 2017. Its full commissioning in the second half of the year is expected to result in the convergence of its production cost with that of blast furnace production.

Although there may be some price fluctuations in the short term, the Lion Group spokesman says Lion Industries Corp Bhd’s (LICB) prospects remain promising in the mid to long term as the company has large manufacturing operations with sufficient capacity to cater for market changes. “Our steel operations are in a position to capture market share with our current steel manufacturing operations in Bukit Raja in Klang, the revival of our plants in Banting and Pasir Gudang, ongoing product development and business expansion strategies,” he says.

The plants’ revival, coupled with the product development and business expansion strategies, will boost LICB’s production, both in quantity and quality, to cater for a wide range of steel grades, he adds.