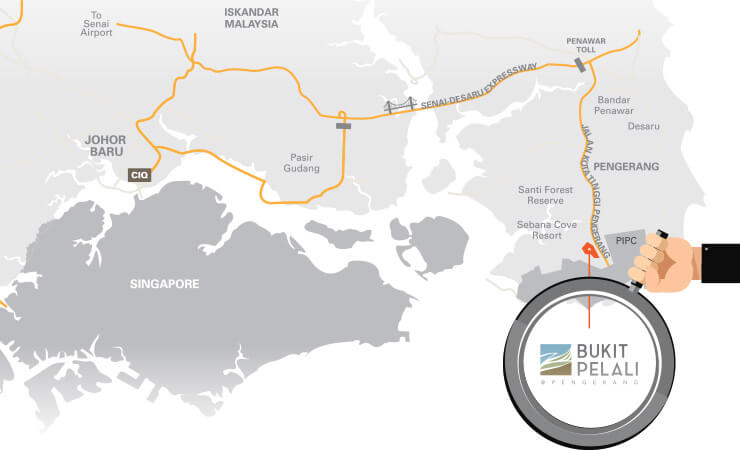 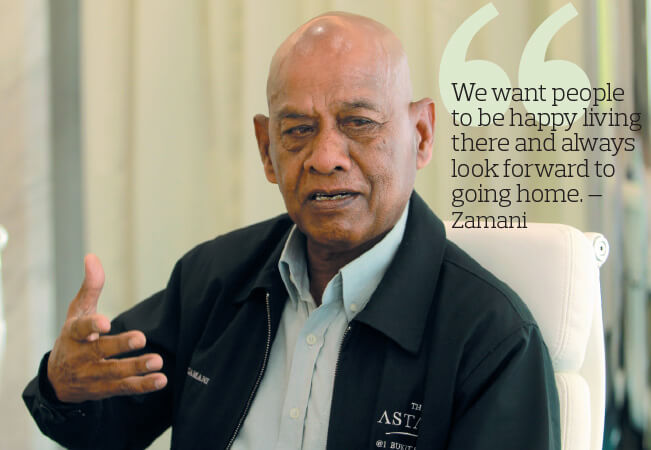 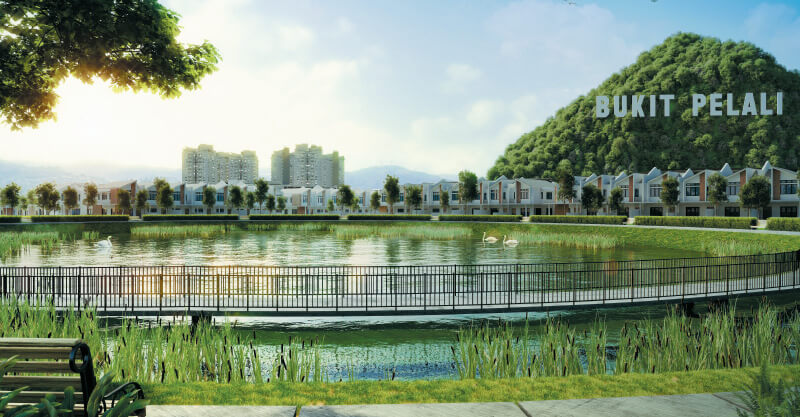 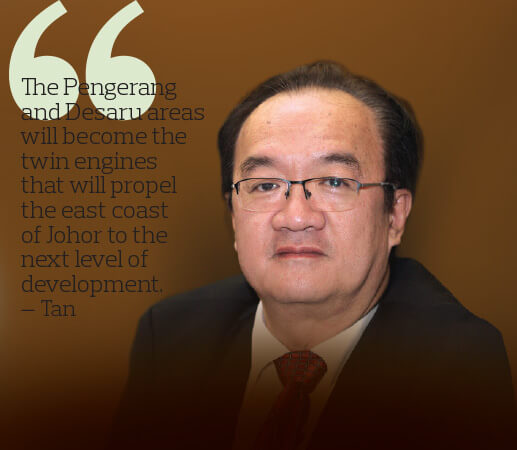 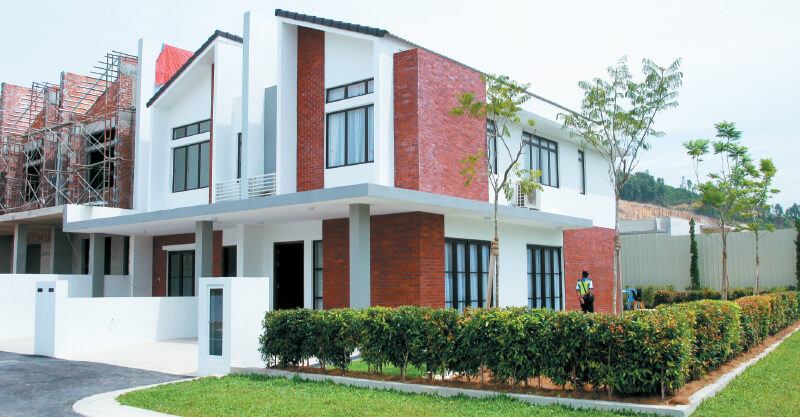 Vast swathes of countryside whizz past after we get on the Senai-Desaru Expressway en route to Pengerang, situated in the east coast of Johor and an almost two-hour drive from Johor Baru. A stark contrast to Iskandar Malaysia’s saturated property market, Pengerang is forecast to face a shortage of 3,500 homes by 2020, according to Johor Petroleum Development Corp Bhd.

The anticipated significant growth in population to 70,000 by 2020 from the 30,000 recorded in 2010 is, by and large, due to the 20,000-acre Pengerang Integrated Petroleum Complex (PIPC) project announced in 2011 that has been spurring growth and development in the southern tip of Peninsular Malaysia and has attracted RM128 billion and RM2.49 billion worth of private and public investments respectively. As at last August, Phase 2 of Dialog Group Bhd’s Pengerang Deepwater Terminal (PDT) was under construction and Petronas’ Refinery and Petrochemical Integrated Development project was 16% completed (the refinery is slated to be ready by 1Q2019). Phase 1 of PDT was completed in December 2014. The first phase of PIPC is estimated to generate RM18.3 billion in gross national income by 2020 and create 8,600 jobs.

Recognising the need for more homes in the area, Astaka Padu Sdn Bhd is launching a 363-acre mixed-use leasehold development in Pengerang called Bukit Pelali on May 21. The estimated gross development value of the township is RM2 billion.

Said to be the closest sizeable township to PIPC, Bukit Pelali is a joint venture between Astaka Padu and Saling Syabas Sdn Bhd. Astaka Padu is 99% owned by Singapore-listed Astaka Holdings Ltd.

We arrive at the Bukit Pelali sales gallery, which is on the construction site, at midday and Astaka Padu CEO Datuk Zamani Kasim proudly shows us the project’s master plan and site.

“Because PIPC is here, we went searching for land in the area. And when we saw this parcel in 2015, our first impression was that it was beautiful,” says Zamani in an exclusive interview with City & Country. “It has the tallest hill in the area, and when we went up to the hilltop, we could see the South China Sea. The view was fantastic.”

According to Zamani, Astaka Padu obtained the site in April last year from the state government through the alienation of state land and paid a premium of RM10 million. He adds that the undulating terrain of the site necessitates a higher cost for earthworks and geotechnical evaluation, which he estimates at RM90 million.

“We even had to change some of our layouts due to the difficult terrain, but it had to be done to ensure that the place is safe to live in,” he says.

First stratified township in the area

Set against the backdrop of its namesake (the hill), Bukit Pelali is planned to be the first stratified township in the area, offering 2,324 residential units and 1,568 units of Johor community housing in a gated and guarded landscaped environment.

Zamani enthusiastically shows us the landscape around the site, and as we walk around the sales gallery and show units, he pauses to pick up a piece of litter. “It is just so important that everyone plays his or her part in keeping the place clean,” he says.

The good response to Phase 1A came as no surprise to Zamani. “I was expecting it. In fact, three months is longer than expected,” he laughs. “We also took the time to ensure that the buyers have got their bank loans approved first before they sign the sales and purchase agreements”.

Zamani says buyers of Phase 1A are mostly people from Pengerang and Petronas staff. “Quite a number of Petronas guys based in Kerteh, Terengganu, have bought units here, although they are not

going to be in Pengerang, because they have seen how property prices and even rents went up in Kerteh after Petronas started its operations there,” he says.

According to KGV International Property Consultants (Johor) Sdn Bhd executive director Samuel Tan, the median price of new 2-storey terraced houses with built-ups of around 1,500 sq ft in Pengerang is RM450,000 to RM500,000, or RM300 to RM333 psf.

He says rents vary. “But from anecdotal evidence, it ranges from RM2,500 to RM5,000 per month, depending on the number of rooms, furnishings and location.” He notes that tenancy in the area is normally short term or for about a year.

He says agricultural land with industrial potential in Pengerang is going for RM28 to RM30 psf. “Just before the announcement of the PIPC project, such land was transacted at around RM5 psf or lower.”

Tan clarifies that current prices in Pengerang are not inflated, adding that PIPC will fundamentally transform the Pengerang property market and its value proportion. “Prices are likely to increase, albeit at a slower pace, and should stabilise when the petrochemical plant commences operation and the infrastructure for the first phase in the PIPC vicinity is ready.”

Tan believes that Pengerang is poised to be a regional hub for petrochemical-related industries and a new economic node for Johor in view of the size of the catalytic projects and contracts as well as the spillover effect in terms of economic and employment opportunities. “Coupled with the Mega Playground along Desaru beach developed by Desaru Resort and Hotel, an entity of Khazanah

[Nasional Bhd], the Pengerang and Desaru areas will become the twin engines that will propel the east coast of Johor to the next level of development.”

Complete with facilities and amenities

Currently, Bukit Pelali is surrounded by established towns such as Sungai Rengit, Bandar Penawar, Desaru and Kota Tinggi. However, Zamani notes that Pengerang does not have much to offer in terms of amenities and facilities. “The nearest government hospital is 60km away, in Kota Tinggi, and the nearest private hospital is in Pasir Gudang, also about 60km away. So, when we looked at the whole development, we found that there was a need for a township, complete with amenities and facilities,” he says, adding that the developer is considering having an adventure theme park like Teluk Bahang’s Escape park on the hill.

Bukit Pelali’s master plan includes a school, hotel, shopping mall, hospital, offices and a clubhouse with a swimming pool. The proposed 150-bed hospital is expecting to secure its service provider within the next three to six months. Construction is expected to begin in 1½ years’ time.

The Bukit Pelali hill, which is part of the township, will not be sold and will be used as a recreational area. “We are required to allocate 10% of open space in a development. At Bukit Pelali, we are setting aside the whole hill plus other areas, which will add up to more than the 10% required,” says Zamani.

A property development veteran with over 35 years of experience, Zamani believes in looking beyond the bottom line. “Getting things done is easy, but for us, it is about doing things well. We have to take pride in what we do.

“The built environment will determine how people live, and as developers, we have the chance to do something worthwhile and to look at the greater things. As you can see on the site, we go to great lengths to do the landscaping. We want people to be happy living there and always look forward to going home,” he says.

Steering the company from its first 11.85-acre One Bukit Senyum project in Johor Baru to its next development in Pengerang, Zamani remains focused and pragmatic on Astaka Padu’s current developments and plans. “Our pockets are not that deep and we need to be prudent, but we will still be identifying parcels of land for development. Things are looking good now, and while things are being done, I have to ensure that our revenue goes up and that, we have to plan our growth properly. Our entire team is very hands-on and everyone has to know what to do.”

Set to be the tallest residential towers in Southeast Asia at 240m when completed next year, The Astaka will offer 438 apartments in two towers of 65 and 70 floors. The development is 70% sold and the topping-off ceremony will be held next month.

Some 800 MBJB employees will relocate to Menara MBJB, a 15-storey Grade-A office building, when it is completed in 2019.

The One Bukit Senyum development is scheduled to be completed by 2021.

For Zamani, property development is a labour of love. He had spent 15 years building his eight-bedroom resort home in Yan, Kedah, which was finally completed more than five years ago.

Quoting Confucius, he says, “Choose a job you love and you will never have to work a day in your life.”

Market guide:
The median price of new 2-storey terraced houses with an average built-up of 1,500 sq ft in Pengerang is between RM450,000 and RM500,000 or RM300 to RM333 psf, while rents range from RM2,500 to RM5,000 per month, depending on the number of rooms, furnishings and location, according to KGV International Property Consultants (Johor) Sdn Bhd executive director Samuel Tan.