Cover Story: AirAsia boss wants to be the ‘best delivery guy in town’ 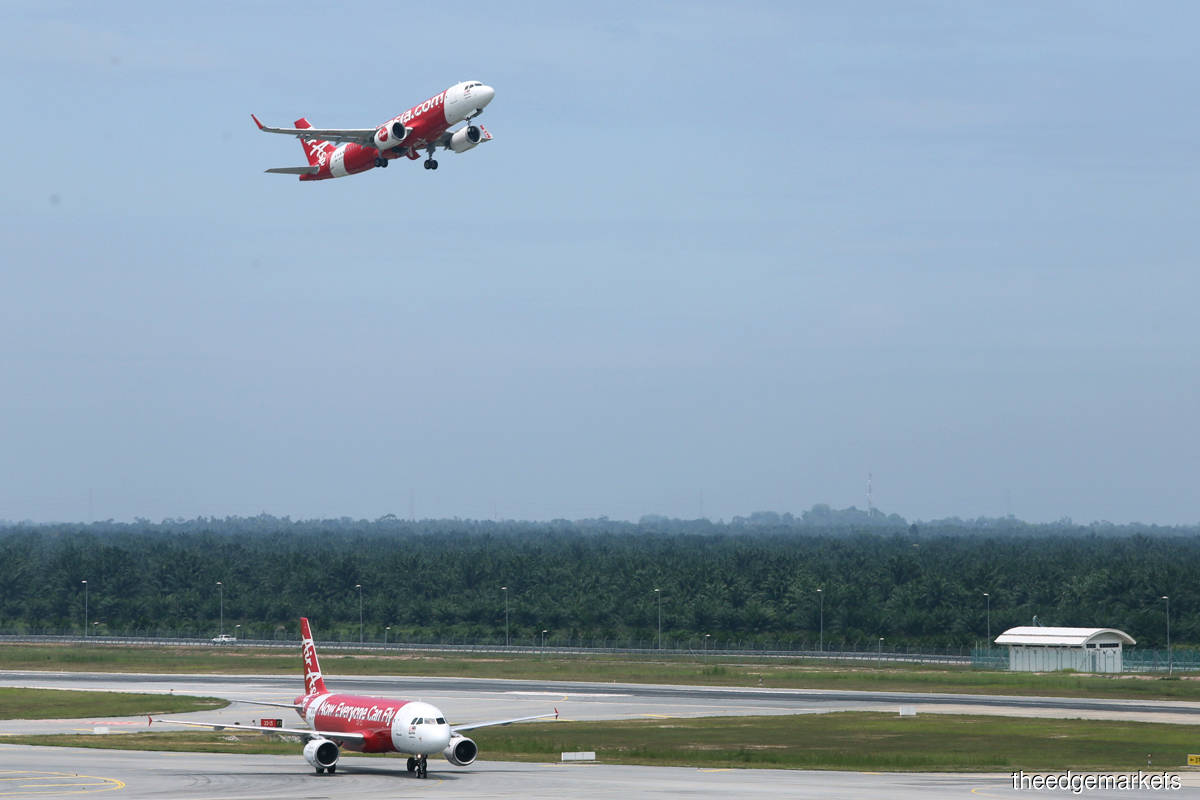 AIRASIA Group Bhd’s ramp-up of its digital transformation in the past year has not gone unnoticed. From food delivery to ride-hailing plans in the pipeline, questions are being asked as to why the low-cost carrier (LCC) is moving into the digital space — one in which regional giants have had a clear head start — and how it would finance this pivot in the midst of a credit crunch.

“The main thrust [of this digital transformation] is logistics. That’s what I’m really after ... and no super app can do what we do, because we have 245 planes. I’m really after cross-border. That’s my prize. [For example] someone wants something shipped from South Korea, and if I have guys running around town doing food, and guys in the airport picking up a passenger, what’s the difference shoving up the goods in the boot, right? No one has realised that,” he says, noting that the airline has a cross-border database of 70 million.

The airline recently raised RM336.46 million through a private share placement by issuing 470.21 million new shares, which represented 14.07% of its total issued shares. Part of the proceeds will be used to fund AirAsia Digital’s business units, namely the AirAsia super app and BigPay fintech platforms.

But it does not stop here. Fernandes says the airline plans to raise more capital to fund its digital ventures and there are investors who have expressed interest in participating (see Q&A). However, he did not reveal what fundraising route it will take, and the size.

Drawing parallels between logistics and airlines, Fernandes points out that logistics is currently driven by big hubs and full-service airlines. However, he is on a mission to change that.

He likens it to how LCCs have changed the hub-and-spoke model that connects every location through a single intermediary location called a hub, to that of point-to-point. “[Under a hub-and-spoke model] you could be flying to London or Singapore and then you take another plane to connect to your final destination. But LCCs changed that. We started the point-to-point flights.”

Fernandes wants to break into logistics by having “direct connectivity”. Interestingly, AirAsia will be leasing its first Boeing 737 freighter to undertake its logistics business.

Going back 19 years ago when AirAsia first went into cargo, Fernandes says its co-founder Conor McCarthy had then said cargo would mess up the airline’s turnaround time. However, Fernandes insisted that the air cargo business is an important part of the aviation mix and cited the example of the Indonesian archipelago, where cargo cannot be shipped via road or rail.

“But the air cargo business goes through 10 different middlemen. Same as what airlines do — there are so many travel agents in between. We take all those middle guys out,” he explains.

“And why am I going into the last mile? I’m trying to be everything. But I have something that even Amazon doesn’t have, but which they are building now — planes. And that is the prize. The reason [why we are starting our own] e-hailing and food delivery services is to enable us to build an infrastructure where we can offer the cheapest delivery,” he says, adding that what the airline is doing now is to put the building blocks for an efficient logistics business in the future.

Amazon acquired its first fleet of planes — 11 B767-300 — in January this year, signalling further expansion into the air freight business.

At home, AirAsia’s logistics and cargo business is under Teleport.

When AirAsia’s airline business came to a grinding halt during the first Movement Control Order imposed in March 2020, Teleport’s revenue grew by 49% year on year (y-o-y) in the first quarter of 2020 as demand soared for the transport of medical aid and critical supplies

Teleport was also the group’s only digital business that saw positive earnings before interest, taxes, depreciation and amortisation, of RM169.8 million for the cumulative nine months ended Sept 30, 2020 (9MFY2020), although its revenue came in lower for that period. AirAsia registered a net loss of RM2.66 billion in 9MFY2020 compared with a net profit of RM80.72 million a year earlier as group revenue shrank 68% y-o-y to RM2.87 billion.

With connectivity to 125 cities across Southeast Asia, Teleport claims it can deliver products across the region in under 24 hours. Asia-Pacific, where AirAsia is, represents a key market for air cargo with over 30% market share in 2019, data from the International Air Transport Association (IATA) shows.

Apart from Teleport, AirAsia also has a digital super app, airasia.com, and is in fintech through BigPay.

“We’re the first company in Malaysia, I dare say, using the internet to sell our products … People forget we were a digital company long before Grab, Shopee, Fave and Gojek. We have that DNA in our system,” says Fernandes.

Is it too late to join the ride-hailing bandwagon?

Fernandes doesn’t think so. He is unfazed by ride-hailing giants the likes of Grab, which has more than 100,000 drivers in Malaysia. It took Grab many years to become a force to be reckoned with. Starting off in the ride-hailing space, its app now has more than 100 million downloads, as opposed to over 10 million for airasia.com.

On top of that, the ride-hailing business has been impacted by the MCO.

“We didn’t launch our ride-­hailing service at the beginning of Covid-19, we launched it at the end. The market wants competition. When we bought AirAsia with two planes, Malaysia Airlines had a 98% market share or maybe more. That has changed,” he says.

“Why do we want to be in the ride-hailing space? It’s important to get the velocity ... it’s all about conversion. Can I convert someone from ride-hailing to buy some food?” He says the airline wants users to open the app every day by combining all its businesses. It is integrating BigPay into the AirAsia app and all loyalty transactions will be on airasia.com.

Fernandes also believes there is an advantage in combining airlines with ride-hailing as every passenger who arrives at the airport taking an AirAsia flight will book the flight first before anything else such as a taxi ride (see Q&A).

He also points to a lower cost of entry for the airline today. “It’s the same when I started AirAsia. I wasn’t the first to start a low-cost airline. Ryanair and Southwest Airlines did it too. I learned from them. [In the case of ride-hailing] I’ve got eight years of Grab doing it to learn from. I don’t have to waste all that money, with experimentation, building technology, training drivers and training the market how to order … they (Grab) have done all that for me. The ride-hailing model has been built. Everyone in Malaysia knows how to use it.”