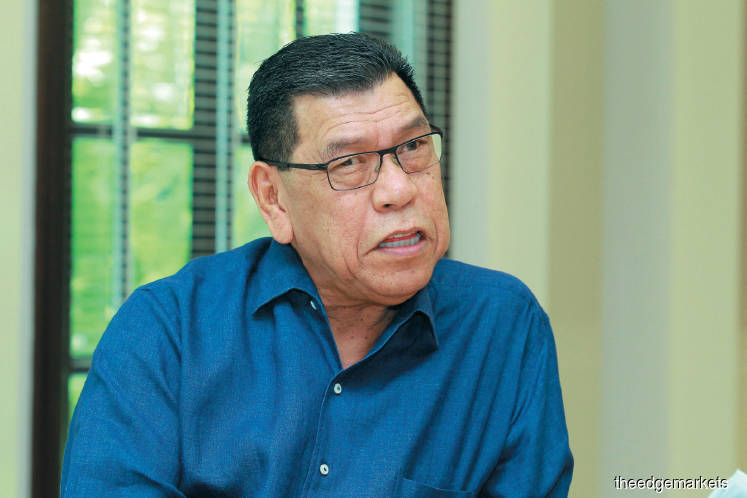 VIEWS are mixed on whether Tan Sri Abu Sahid Mohamed and his flagship Maju Holdings Sdn Bhd should be given the green light to take over toll highway concessionaire PLUS Malaysia Bhd.

PLUS is currently 51%-owned by UEM Group Bhd, a unit of state-controlled investment arm Khazanah Nasional Bhd. The remaining 49% is owned by the Employees Provident Fund (EPF).

In a conversation with The Edge (before the actual proposal to take over PLUS was made), Abu Sahid had said he did not know what the hue and cry was all about. “If I fail, they (the government) can take it back, and I will forgo the RM3.5 billion,” he said, before adding, “If I were them, I would pray that I don’t succeed … I don’t understand why they are so scared.”

To recap, Abu Sahid’s offer to take over PLUS entails him forking out RM3.5 billion and assuming the concessionaire’s debts of about RM30 billion.

Nevertheless, some are all for him getting the deal while others have raised questions about it.

A former merchant banker familiar with Abu Sahid and Maju says running PLUS is not rocket science, and that with the businessman’s experience in running MEX (Maju Expressways Sdn Bhd), he should have no difficulty in managing the concessionaire.

“While MEX, at 26km, is much shorter, running a highway is quite basic. Abu Sahid is taking over an operating entity, so it would be even less difficult,” he says, adding that if the businessman does away with PLUS’ many layers, there should be immediate savings.

A market observer, who was previously against Abu Sahid taking over PLUS, says she was shocked at the highway operator’s financial state. In its financial year ended Dec 31, 2017, PLUS suffered an after-tax loss of RM101.46 million on revenue of RM3.9 billion. Its liabilities totalled RM33.02 billion and its assets, RM32.43 billion. From 2013 to 2017, PLUS paid almost RM4 billion in dividends to its parent UEM Group.

As at Dec 31, 2017, the highway operator had accumulated losses of RM3.98 billion, which could be a result of its dividend payouts being more than its profits.

Rating downgrade and other issues at MEX

MEX has a 33-year concession that commenced at the tail end of 2007 to operate the 26km dual carriageway that links Putrajaya, Cyberjaya, KLIA and klia2 to Kuala Lumpur. MEX2, meanwhile, is an 18km extension that will commence at the Putrajaya Interchange and merge with the existing Lebuhraya KLIA in Sepang.

In its financial year ended Dec 31, 2017, MEX registered an after-tax profit of RM14.83 million on revenue of RM142.83 million. It had total assets of RM1.58 billion and total liabilities of RM1.5 billion. Its retained earnings stood at RM10.76 million.

A black mark for Maju has been RAM Ratings’ downgrading of Bright Focus Sdn Bhd’s RM1.35 billion sukuk to BB1 from A1. It has also been put on rating watch with a negative outlook.

“The downgrade is premised on the severe impairment in Bright Focus’ debt-servicing metrics following further unanticipated advances by its 96.8%-held subsidiary, MEX, to the ultimate parent company Maju, in addition to a deterioration in MEX’s projected annual cash flow,” RAM says in an early June report.

However, Maju executives say the advances were left pocket-right pocket transactions. Though there were sufficient funds to pay the instalments, the debt service coverage ratio was down, which impaired the credit worthiness of the company, they add.

“It’s more of a governance issue than MEX not having money,” one of the executives tells The Edge.

This raises the question as to whether Abu Sahid will ensure the requisite corporate governance practices are in place if he takes over PLUS.

In mid-2012, EP Manufacturing Bhd sought to take over MEX in a RM1.7 billion deal that entailed the former assuming the highway concessionaire’s debts as well. However, the deal was scuttled. An issue at the time was a RM976.71 million grant given to Maju to build the highway.

Back then, Abu Sahid had told The Edge that a total of RM1.65 billion had been invested in the construction and development charges of MEX, including the government grant, since 1997 but it was to keep the toll rates low for the benefit of the people and civil servants working in Putrajaya.

In a nutshell, without the government grant, the toll charges would have been very high, resulting in the highway being underutilised.

“The government gives grants for all the highways,” Abu Sahid explained in 2012.

Other than MEX, Abu Sahid owns a bus terminal in Bandar Tasek Selatan as well as 21.23% of building materials outfit Ipmuda Bhd. He holds 12.03% of Ipmuda via Maju and the rest directly.

To recap, Maju acquired 32.9% of Ipmuda from IGB Corp Bhd for RM161 million in 1997. However, Ipmuda’s market capitalisation stands at only RM33 million now.

In conversations with The Edge in the past, Abu Sahid had explained that his acquisition of Ipmuda was aimed at assisting in the marketing of Perwaja Holdings Bhd, a steel company that was listed on

He said that before he listed Perwaja, many did not believe that he had actually turned things around at the steel company, and even questioned its accounts.

Perwaja was delisted from Bursa Malaysia on May 30, 2017, after it had languished for several years. Its last financial results announced to the local bourse was for the nine months ended March 31, 2017, where it suffered a net loss of RM181.33 million on revenue of RM296,000. It has been 19 quarters since Perwaja announced a profit, and as at March 31, 2017, it had negative reserves of RM2.65 billion.

Abu Sahid stepped down as chairman of Perwaja in July 2013.

In a previous interview, he had elaborated on the issues at Perwaja, saying that the government had wanted him to take on a strategic partner, which did not work out.

To recap, Abu Sahid was brought in to manage Perwaja in the late 1990s, much like a white knight.

Set up in 1982, Perwaja was meant to lead Malaysia into heavy industries but a shortage of steel in the country spurred the move to set up an integrated steel plant.

In 1988, the Heavy Industries Corporation of Malaysia (HICOM) disposed of Perwaja, and the task of turning it around fell on the late Tan Sri Eric Chia, the founder of UMW Holdings Bhd. However, in 1995, Chia left the company after allegations of misappropriation and was charged with criminal breach of trust in 2004. But he was acquitted.

A privatisation agreement was signed with the Maju group in 1996 but this was shelved due to the 1997/98 Asian financial crisis. The plan was revived in 2000 and completed in 2003 with Maju surfacing as Perwaja’s ultimate holding company in a deal valued at RM1.3 billion.

In 2005, as per the government’s wish, Abu Sahid says he formed an alliance with another steel producer, Kinsteel Bhd. A year later, Kinsteel bought a 51% stake in Perwaja from Maju Holdings unit, Equal Concept Sdn Bhd, for close to RM200 million.

But things were tough and Perwaja’s Kemaman plant was forced to close down in August 2013 after its energy supply was cut as the company had repeatedly missed payments to utility giant Tenaga Nasional Bbhd and Petroliam Nasional Bhd. It then lapsed into PN17 status and never recovered.

Abu Sahid wrote off more than RM700 million in Perwaja and has not sold a single personally owned share in it, as per his promise to the government.

While it remains a moot point if Perwaja would have remained profitable had Abu Sahid continued to run it, his turning it around has to be acknowledged.

Other than the above, he also has property projects with a gross development value of more than RM10 billion and various successful private businesses.

But are these enough to bag him PLUS?

Can Maju bag PLUS this time?

Who’s who in the toll highway concessionaires