Cover: For the love of the land 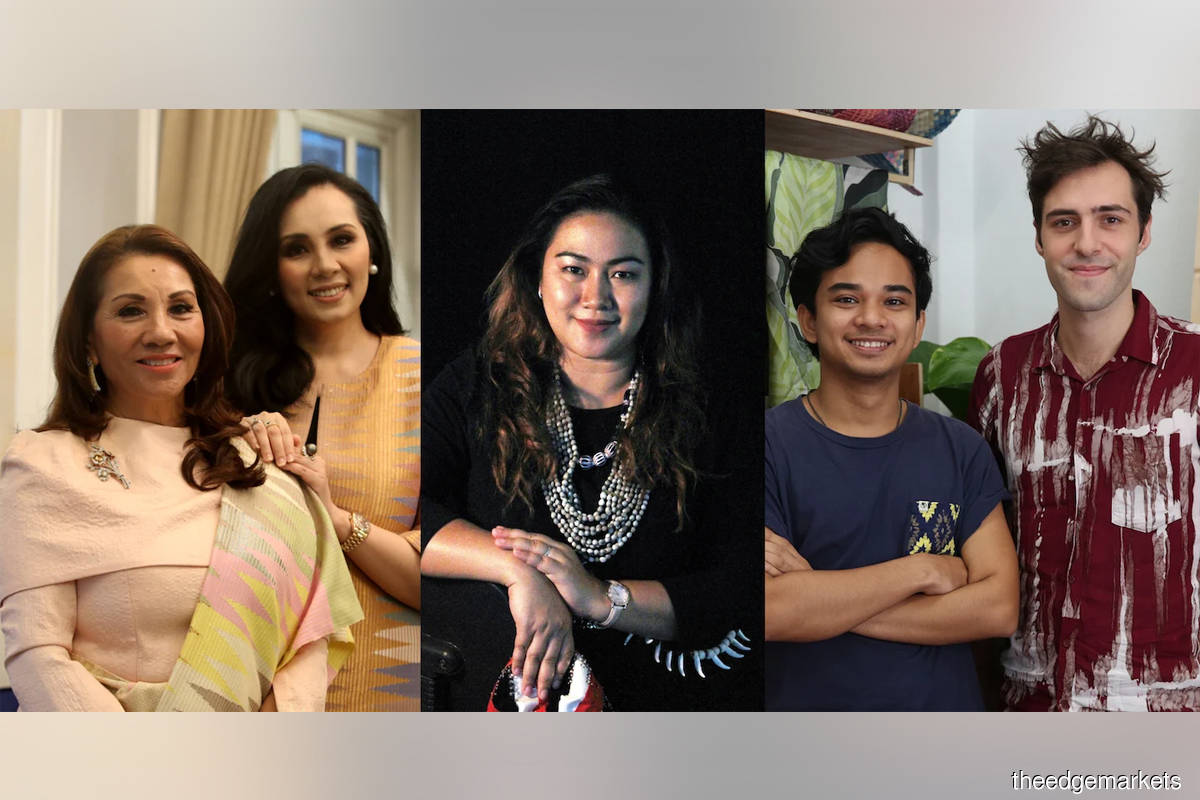 These local brands subscribe to the highest standards of creativity and craftsmanship and make positive contributions to the communities in which they operate.

The Minangkabau people, native to the Minangkabau highlands in Indonesia, settled in Negeri Sembilan in the 15th century under the protection of the Malaccan Sultanate, and later its successor, the Sultanate of Johor. With occupation comes cultural exchange, and the Minang brought to Tanah Melayu elements of their heritage — most notably their matrilineal practices, with property, family name and land passing down from mother to daughter.

This draws many parallels with the raison d’être of Royal Sembilan, a lifestyle label that at its core represents and advocates women’s empowerment. Founded by Tengku Asra Jehan Tengku Azlan and her mother Tunku Puteri Negeri Sembilan Tunku Jawahir Tuanku Ja’afar, Royal Sembilan champions the art of traditional weaving techniques from around the region, customised with a unique aesthetic. Its current product range consists of shawls and wraps in various colours, each piece crafted by trained women weavers from rural villages in Lombok, Indonesia. By working directly with the weavers, Royal Sembilan’s founders are able to ensure that a percentage of the profits is channelled back to them and their families...

“To create a beading empire,” says Pungu Borneo co-founder Lucille anak Awen Jon, when asked what her dream is. “That’s what I want one day, with an emphasis on raising the profile of the arts and cultures of indigenous communities. That is why I spend so much time on the awareness of intellectual property (IP) and the traditional knowledge of our indigenous people. I want to be a lot of things, but for that I have to do a lot of things — that is why I am an advocate as well as a designer.”

Pungu Borneo is a Kuching-based accessory label that focuses on the ethnic handicrafts of the indigenous communities of Sarawak. Earrings, necklaces of varying lengths and even prayer beads form a major part of what the brand stands for at present, while two bricks-and-mortar stores in her hometown of Bau and Kuching as well as a home-based studio in Shah Alam, provide limited options for batik apparel and rattan accessories.

Lucille, who is Bidayuh, learnt beading from both her grandmothers, and remembers even trying her hand at making her own jewellery using leftover bits and bobs. As a traditional dancer in school, this was an essential skill so that she could fix her own costume. “It wasn’t just beading I learnt from my grandparents, though, but also the value of Bidayuh culture in general,” she reminisces. “It was something I was always interested in even in college, and while I was working, I would dabble in it as a hobby. I was 25 when I decided that this is what my life’s calling would be..."

Although Muizz Aziz comes from a family of batik craftspeople, it was never a profession thrust upon him. Watching his grandparents forced out of business after the 1997 financial crisis was hardly inspiration to pursue a career in batik either, and the ambitious young man went on to study economics in university and is today an analyst at Bank Negara Malaysia. Fate had other plans, however, and he was eventually led back to the art form that so vividly coloured his childhood in Terengganu.

Today, Muizz and his business partner Ludovic Vankerkoven are the co-founders of Inkaa, a social enterprise that champions the craftsmanship of traditional batik artists and mengkuang weavers from Terengganu. In transforming the batik and mengkuang into stylish products for a contemporary audience, Inkaa relies on the skills of disabled youth as well as refugee women.

“The main goal of Inkaa is to promote our local batik and traditional weaves, and also highlight the issues faced by society’s most marginalised communities. That is why we had the idea of connecting our consumers and the makers — once you buy anything from Inkaa, you can access information on the person who made it, what their personal story is and even leave them a message. We are in the business of empowerment and humanising fashion,” Muizz says...

For the full story, pick up a copy of The Edge Malaysia (September 21, 2020) at your nearest news stands or visit optionstheedge.com.