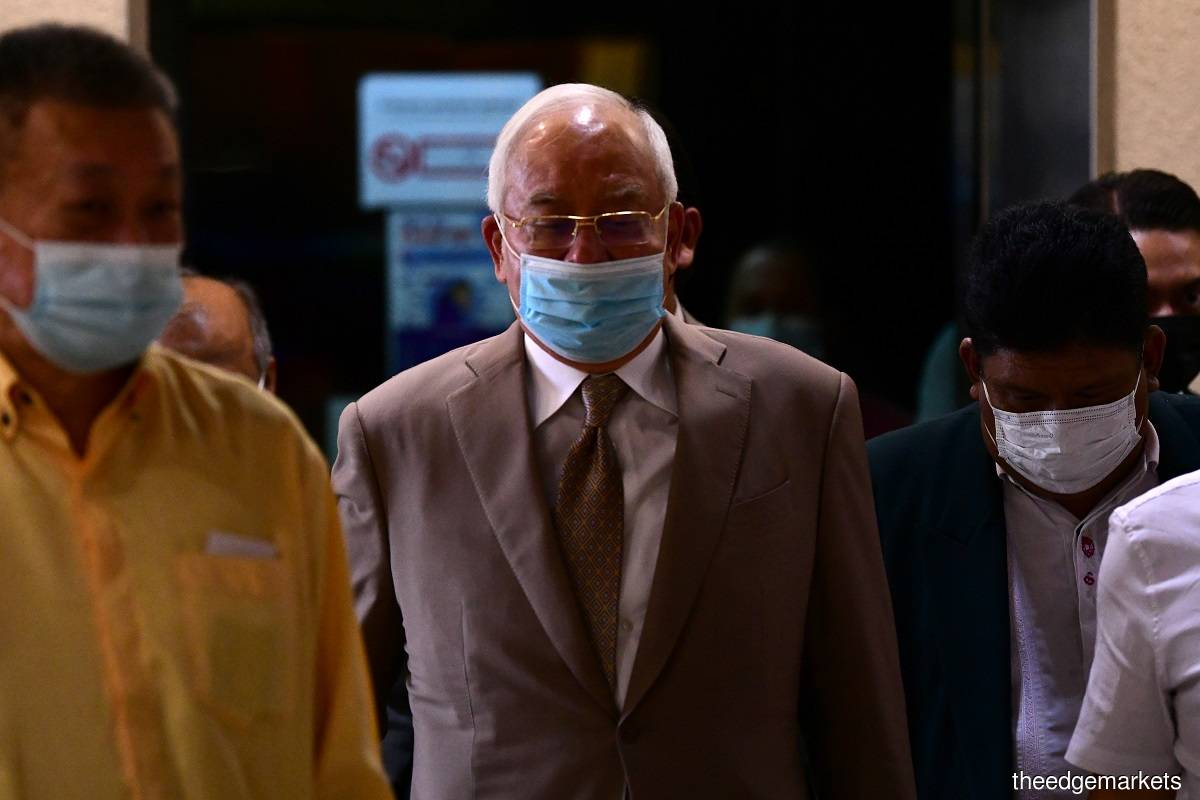 On Jan 12, the Federal Court Chief Registrar's Office in a statement said that all hearings of criminal cases in open court initially scheduled for Jan 13 until Jan 26 were postponed following re-implementation of the Movement Control Order (MCO) to curb the spread of Covid-19.

This resulted in high-profile trials including those of Najib and his former deputy, Datuk Seri Dr Ahmad Zahid Hamidi, being postponed as their previously scheduled trial dates fell within the MCO period.

On Jan 20, Chief Justice Tun Tengku Maimun Tuan Mat issued a directive that despite the current enforcement of the MCO by the government, all criminal case proceedings including public interest cases such as corruption and commercial crime would continue to be conducted in open court effective Jan 27.

Based on the Kehakiman website, Najib's 1MDB audit tampering case hearing before Justice Mohamed Zaini Mazlan is set for tomorrow at 9.30am.

"This Wednesday, the court will be hearing Datuk Seri Najib's application to disqualify senior DPP Datuk Seri Gopal Sri Ram as prosecutor in the trial. DPP Ahmad Akram Gharib will be leading the prosecution team," he said.

On June 12 last year, Najib filed an application to recuse Sri Ram, supported by two affidavits, one filed by Najib and the other by former attorney-general Tan Sri Mohamed Apandi Ali.

However, Ahmad Zahid's trial, scheduled to continue on the same day (tomorrow) before High Court judge Collin Lawrence Sequerah, has been vacated as he is currently observing self-quarantine after undergoing a swab test on Jan 20.

DPP Datuk Raja Rozela Raja Toran confirmed the postponement and said they had just received the instruction from the court.

Ahmad Zahid's lawyer, Hamidi Mohd Noh, said the trial was postponed as he (Hamidi) too was undergoing mandatory self-quarantine.

Ahmad Zahid, 68, who is also UMNO president, is facing 47 charges, with 12 of them involving CBT, eight for corruption, and 27 for money laundering involving tens of millions of ringgit in funds belonging to Yayasan Akalbudi.

For Najib's case tomorrow, a court officer said in order to adhere to the standard operating procedures issued by the Federal Court Chief Registrar's Office, pressmen will not be allowed in open court but will be placed in a separate video link room which streams live feeds from the court.

"Only 20 media personnel will be allowed in the video link room for cases involving public interest and they will need to register in order to get the access pass through the security," she said.